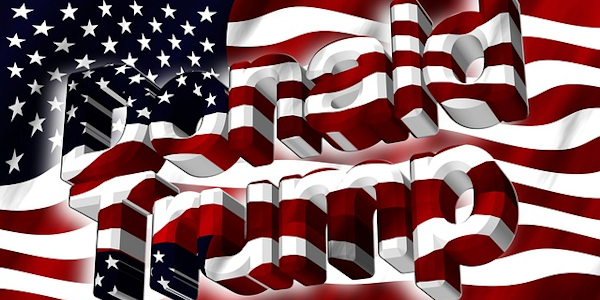 What Donald Trump Has Done To America’s Evangelical Leaders

Since Donald Trump began appointing globalist swamp creatures to his cabinet and administration even before he was inaugurated, I have documented the innumerable examples of his unconstitutional, immoral, warmongering, duplicitous and blasphemous behavior. For the most part, however, all it has accomplished is to cause evangelical Christians to hate ME. So be it. I will continue to be faithful to the truth, regardless.

Many of us are cognizant of the fact that there are power brokers behind both major parties who play Democrats and Republicans against the American people so as to make them think that they are voting for change, when all they are really doing is helping the power brokers achieve their agendas by using different faces. It’s the Hegelian Dialectic played to perfection. And, yes, Donald Trump is as much a stooge of these power brokers as Nancy Pelosi or any other major player inside the Beltway.

The lurch to the extreme left by the Democrat Party only benefits . . . Donald Trump. Yes, some of the minor players involved are truly as radical as they appear. But the real power within the Democrat Party is as controlled as are the movers and shakers within the Republican Party. Mark it down: If the Donkeys nominate a radical socialist for president, it will absolutely guarantee a Republican victory next year. Joe Biden is the only candidate who has a chance of capturing the White House for the Democrats in 2020—and Democrats KNOW it. So, if Warren or Sanders is the nominee, it’s because the power brokers are manipulating another Trump victory—providing Trump is the GOP nominee, of course.

Conservatives can scream “unfair,” “witch hunt” and “coup” all they want. EVERYBODY in Washington, D.C.—Democrat AND Republican—knows that Trump is as dirty as they get (not that a whole bunch of the rest of them aren’t just as dirty). The man has been a miserable miscreant all of his adult life, and he didn’t stop being a miserable miscreant when he became president. He has bought, bullied, bribed and bludgeoned his way to a total lack of accountability. In short, he has never been held accountable for anything he has ever done—EVER.

Judge Andrew Napolitano is absolutely right: The U.S. House of Representatives alone has the constitutional authority to impeach. And the U.S. Senate alone has the constitutional authority to convict and remove from office. That means if the House impeaches Trump (and it seems inevitable that it will), it would take at least 20 Republican senators and all the Democrats and Independents to vote for conviction in order to remove Trump from office. Almost no one believes that will happen. And if Trump faces a socialist Democrat such as Elizabeth Warren or Bernie Sanders in the general election next year, Trump wins handsomely—even if he has been impeached.

However, there is a possibility—no matter how unlikely—that power brokers have gotten all of the mileage that they are going to get out of Trump and will manipulate GOP movers and shakers in the senate to muster the votes needed to remove Trump from office. And if Trump sees that happening, he would probably resign first. Of course, this would mean that Vice President Mike Pence would be the Republican incumbent going into the 2020 election. And, again, if his opponent is a radical socialist such as Warren or Sanders, Pence would win the election in 2020.

But this column is not primarily focused on the presidential election. The fact is, it is far more important who your governor is, who your sheriff is and who your pastor is than who the president is. But since almost no one believes that, the problem only grows larger—no matter who is president.

And the real problem with Donald Trump has nothing to do with Republicans and Democrats or liberals and conservatives. The problem is MUCH deeper than that.

Donald Trump has successfully destroyed the patriot movement. And he has rebuilt the phony left-right paradigm into a fortress. He sucked all of the wind out of the national momentum toward constitutionalism that had been building in earnest during the past three decades. He has silenced patriot radio talk show hosts, Internet bloggers and columnists and has ensconced Zionism into the heart and soul of American politics. But all of that is NOT the worst of it. The worst of it is what Trump has done to America’s evangelical leaders.

Once upon a time, evangelical leaders in the Southern Baptist Convention (and beyond) were an unwavering group. Touting the authority of Scripture and an emphasis on Christ alone, they’d pound the pulpit, the radio airwaves, and print publications with the gospel of Jesus Christ. They were people of the Book and people of conviction.

Even if you didn’t like what they had to say, you had to respect the clarity they spoke with. You knew where they stood. If there’s one thing we human beings appreciate, it’s having our expectations met to some degree. From LGBTQ liberals and democratic politicians, to hard right conservatives, we knew our differences and where we stood respectively.

What’s more, there was, for the most part, agreement within evangelicalism and within denominations like the Southern Baptist Convention that certain false teachers were to be marked and avoided, as the Apostle Paul says in his Letter to the Romans. No matter the political differences or denominational differences, evangelicals could rely on one thing: we’d not promote prosperity charlatans who exploit desperate souls and make Christianity look horrific on a global level.

Those days are gone.

This week SBC adherents watched in (near) terror as prominent Southern Baptist pastors, including Franklin Graham, Jack Graham (no relation to Franklin or Billy), Robert Jeffress and Greg Laurie, tweeted their approval of a new book by Paula White, President Trump’s spiritual advisor. In another time, these long-respected gospel preachers and conservative leaders would never have risked reputation and religious conviction to promote her.

White has been called a heretic in the Christian tradition by SBC leaders and repeatedly brings reproach on the gospel, Jesus Christ and the church. She’s been married and divorced more than once and is alleged to have had an inappropriate relationship with prosperity gospel preacher Benny Hinn. Even after photos showed them apparently holding hands outside a hotel, they both denied having a “fling” — though family members like me know the real story.

She has preached a false gospel, taken contributions from poor and desperate souls, and influenced her way onto Trump’s spiritual advisory board. While the public storyline she sells is a tale of “rags to riches,” the real storyline is simply that false teachers like White climb to the top because they spend their entire lives chasing power and money; deceiving people until they get to the “there” they are after.

The question then remains: why would these respected leaders waver in their convictions and promote a known false teacher?

One: They are “Trump-Drunk.” A leading voice in the SBC and popular speaker, Beth Moore perhaps said it best in a recent tweet: “Nothing on earth can make sober people drunker than being invited to a table where they can sip on power. It is a drug like no other.”

Two: They are just showing their true colors.

The Bible does, in fact, teach that certain people will defect from Christianity in the end (see the First Letter of John in the New Testament). These could even be church leaders who once appeared to be “for the truth” but ended up being for themselves.

I’d argue that it is very premature to make this case against all of these leaders, but we’d be naïve to discount it altogether. Sure, denial is easier to swallow but will only choke us to death.

There may come a day when evangelicals need to wake up to reality and empty the pews that these pastors preach to each week.

Amen and Amen, Costi. Wow! God bless you for your courage. I’ve been saying the same thing for years.

Costi Hinn previously publicly recanted and exposed the false gospel promoted by prosperity preachers such as Kenneth Copeland and his uncle, Benny Hinn.

And Costi Hinn isn’t the only brave soul exposing the heresy of Trump’s “spiritual advisor” Paula White. Writing for Christian Today, David Roberston authored a cogent analysis of White’s new book, Something Greater. He confessed that he was motivated to read the book from the enthusiastic endorsements of evangelical leaders Franklin Graham, Robert Jeffress, Greg Laurie and Ralph Reed. The title of his analysis is: Paula White’s new book ‘Something Greater’ is revealing, disturbing and depressing. I’ll let you read it for yourself.

The point is, America’s evangelical leaders are tripping all over themselves to endorse this false teacher’s new book because she sits at the right hand of Donald Trump, and they want to increase—or at the very least, not decrease—their access to power.

Think of the souls that will be damned for all eternity by reading and believing Paula White’s book. Think of the people who will be led astray. Think of the damage Paula White and her apostate preacher friends are inflicting on millions of people around the world who are influenced by them. And by promoting her new book, evangelical leaders Franklin Graham, Robert Jeffress, Greg Laurie, Ralph Reed, et al. are active, deliberate partakers of White’s apostasy and blasphemy—all for greater access to Donald Trump.

It is no coincidence that the blasphemer Donald Trump would choose a blasphemer, Paula White, as his “spiritual advisor.” But what is even worse is how America’s evangelical Christian leaders are so willing to actively participate in these apostasies and blasphemies in order to stay in the good graces of America’s Blasphemer-in-Chief, Donald Trump.

Donald Trump has stolen the soul from millions of evangelical Christians.

A host of America’s evangelical Christian leaders are blinded by power and privilege. And as a result, they have become “blind leaders of the blind.” (Matthew 15:14) And both they and the untold numbers of Christians who follow them have fallen into a large and terrible ditch.

Published in CULTURE, FAITH and US