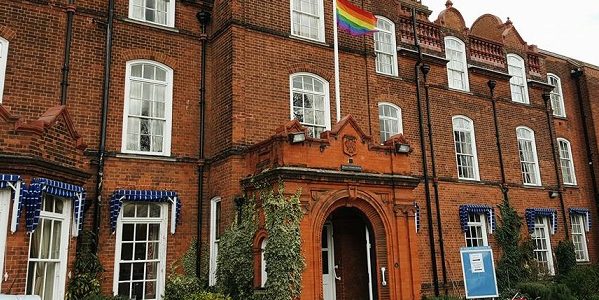 This Man Went From Beeing A Homeless Person To Becoming A Cambridge Student! The Story Showing That The Life Of Any Person Can Drastickly Change

Jeff Edwards is 52 years old. He spent most of his life on the street. This man proved to the world that you can find a way out of any difficult situation if you make an effort.

In childhood Jeff loved to read, preferring books written by Wyndham and Kerouac. His family lived modestly, parents worked in the office and at the post office, so there was no money for the quality education of the children. Jeff was not getting good grades in school. After high school graduation he did not go to college, but settled on a Liverpool farm.

Then Jeff came to Cambridge to work as an agricultural worker, but later he lost his job. Jeff was left all alone in a strange city, without shelter.

Later Jeff was selling the Big Issue charity magazines to earn trying to earn some money for food and lodging. The man understood that he should fight for his existence. He wanted to change his life.

Jeff attended Cambridge Regional College on its Open Days. And then he entered the free preparatory courses, which gave him complementary knowledge. Jeff really enjoyed the preparatory courses. All the people over there treated him well, he always had the opportunity to chat with interesting people.

Jeff successfully passed the entrance exams and got enrolled at Hughes Hall College.

Jeff admits that entering Cambridge is the most important achievement in his life he is proud of!