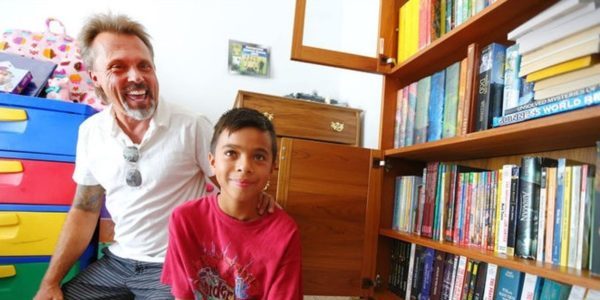 This Boy Had To Read Advertising Leaflets From The Mailbox, Because He Did Not Have His Own Books, But The Meeting With One Person Changed Everything

12-Year-old Matthew from Utah, United States, loves to read. The boy’s family has financial problems, so he is unable to buy his own books. Curious Matthew has to read only advertising leaflets from the mailbox.

Once Matthew asked the local postman, Ron Lynch, to bring him more advertising brochures. The man was very surprised by the boy’s request. It turned out that Matthew family is so poor that he could not afford even frequent bus trips to the library.

The boy’s story touched the postman to the core. Ron took a picture of Matthew and made a post on his page on Facebook asking people to help the boy!

“It’s amazing! I received answers from all over the world: from the United Kingdom, Australia, India” – says Lynch.

Matthew received more than 350 books. “I thought it was some kind of mistake, but they were all for me.” The boy promised to read every book. Matthew also said that it is his duty to share these books with all the children in need!