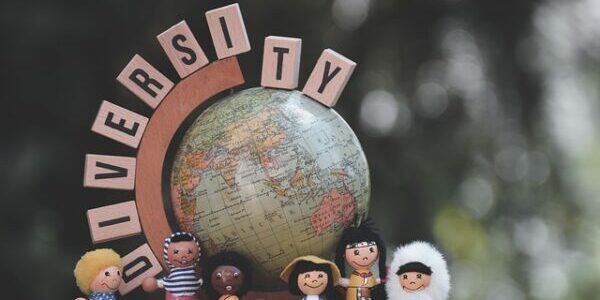 Western Civilization Has Been Destroyed by Diversity

For decades liberal gentiles and jews have been lying to us that diversity within a single country is wonderful. Hiding behind this lie is an agenda to undermine every Western country by destroying its unity. The tool used was massive non-white immigration, supplemented in the United States with teaching blacks racial hatred of whites.

If you think blacks have not been taught to hate whites, watch the 13 minute video included in Fred Reed’s article and listen to blacks tell you how much they hate you ( https://www.unz.com/freed/blackness-fatigue-enough-is-too-much/ ). Not all blacks, of course, but the blacks who don’t hate us are “Uncle Toms.” The blacks who do hate white people tell us about in in the Black Arena Report: https://www.blackagendareport.com/freedom-rider-terrible-origins-july-4th

Blacks learn to hate us from liberal gentiles and jews who brought America Cultural Marxism from Germany in the 1930s. Hatred of whites is institutionalized in American education—-critical race theory—-but also in entertainment such as movies, songs, and books. A new entertainment medium has emerged-—woke horror movies concerned with the rise of Trump supporters portrayed as white supremacists. In these movies white supremacists draped in the American flag wipe out black communities. https://www.rt.com/op-ed/528241-forever-purge-trump-capitol-riot/

What most Americans know they have learned from movies and TV. Hardly any Americans read books, much less serious ones. Back in those days when I was a university professor, I recall a lecture I gave on the Russian revolution. A student interrupted me and said, “that’s not the way in happened in the movie.”

At first I thought he was making a joke, but he was serious. He was challenging my explanation based on years of study with a Hollywood movie.

As I have stressed for decades in my annual Christmas column, There is plenty of room for cultural diversity in the world, but not within a single country. A Tower of Babel has no culture. Without a culture there is no nation.

Western countries are no longer nations. There is no longer an American nation, a British nation, a French nation, a German nation. There are only multicultural hell-holes in which dwindling white majorities are so overwhelmed by guilt and self-doubt that they are unable to resist their disintegration and that of their country.

Fred Reed believes that white people, lacking leadership and a media, are slow to awareness, but that awareness is arriving with the consequence being a social explosion ( https://www.unz.com/freed/blackness-fatigue-enough-is-too-much/ ).

Perhaps or perhaps not. The decades of propaganda and indoctrination have done their damage. Entire generations of white ethnicities have been brainwashed against themselves. In the United States critical race theory is institutionalized in the educational system. It has become the norm, and part of the enculturation of American youth. We can be assured that a similar process has long been underway in Europe. Jean Raspail identified it in 1973 in his novel, The Camp of the Saints. Except for Marine Le Pen in France and Nigel Farage in Britain, no European ethnicity has a champion. All European leaders are on the side of the immigrant-invaders.

It is ironic that during the decades that Western civilization was destroyed Western leaders were focused on “nation building” in former colonies.