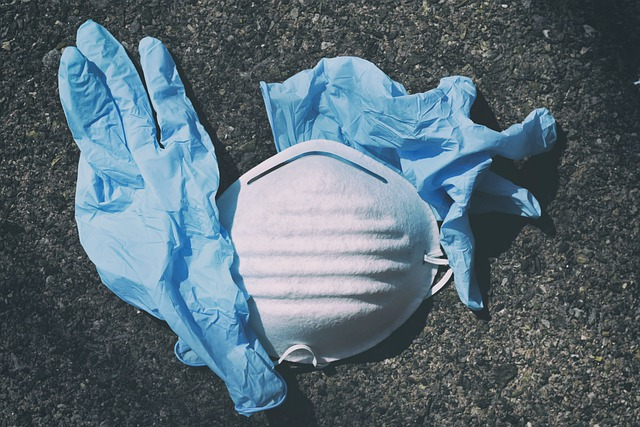 We Are Being Invaded

The invasion has begun. And if it is not repelled, Liberty will cease to exist. And that is not hyperbole.

They’re here! No, not the pod people from Invasion of the Body Snatchers. We’re not being colonized by giant alien fruit. I’m afraid it is a little more serious than that. People’s minds are being taken over by a much more destructive and less otherworldly force … a force that transforms them overnight into aggressively paranoid, order-following, propaganda-parroting totalitarians.

You know the people I’m talking about. Some of them are probably your friends and family, people you have known for years, and who had always seemed completely rational, but who are now convinced that we need to radically alter the fabric of human society to protect ourselves from a virus that causes mild to moderate flu-like symptoms (or absolutely no symptoms at all) in over 95% of those infected, and that over 99.6% survive, which, it goes without saying, is totally insane.

I’ve been calling them “corona-totalitarians,” but I’m going to call them the “New Normals” from now on, as that more accurately evokes the pathologized-totalitarian ideology they are systematically spreading. At this point, I think it is important to do that, because, clearly, their ideological program has nothing to do with any actual virus, or any other actual public health threat.

As is glaringly obvious to anyone whose mind has not been taken over yet, the “apocalyptic coronavirus pandemic” was always just a Trojan horse, a means of introducing the “New Normal,” which they’ve been doing since the very beginning.

The official propaganda started in March, and it reached full intensity in early April. Suddenly, references to the “New Normal” were everywhere.

The slogan has been relentlessly repeated (in a textbook totalitarian “big lie” fashion) for going on the past six months. We have heard it repeated so many times that many of us have forgotten how insane it is, the idea that the fundamental structure of society needs to be drastically and irrevocably altered on account of a virus that poses no threat to the vast majority of the human species.

That is what totalitarianism is, this desire to establish complete control over everything and everyone, every thought, emotion, and human interaction. The character of its ideology changes (i.e., Nazism, Stalinism, Maoism, etc.), but this desire for complete control over people, over society, and ultimately life itself, is the essence of totalitarianism … and what has taken over the minds of the New Normals.

In the New Normal society they want to establish, as in every totalitarian society, fear and conformity will be pervasive. Their ideology is a pathologized ideology (as opposed to, say, the racialized ideology of the Nazis), so its symbology will be pathological. Fear of disease, infection, and death, and obsessive attention to matters of health will dominate every aspect of life. Paranoid propaganda and ideological conditioning will be ubiquitous and constant.

Everyone will be forced to wear medical masks to maintain a constant level of fear and an omnipresent atmosphere of sickness and death, as if the world were one big infectious disease ward. Everyone will wear these masks at all times, at work, at home, in their cars, everywhere. Anyone who fails or refuses to do so will be deemed “a threat to public health,” and beaten and arrested by the police or the military, or swarmed by mobs of New Normal vigilantes.

Cities, regions, and entire countries will be subjected to random police-state lockdowns, which will be justified by the threat of “infection.” People will be confined to their homes for up to 23-hours a day, and allowed out only for “essential reasons.” Police and soldiers will patrol the streets, stopping people, checking their papers, and beating and arresting anyone out in public without the proper documents, or walking or standing too close to other people, like they are doing in Melbourne, Australia, currently.

The threat of “infection” will be used to justify increasingly insane and authoritarian edicts, compulsory demonstration-of-fealty rituals, and eventually the elimination of all forms of dissent. Just as the Nazis believed they were waging a war against the “subhuman races,” the New Normals will be waging a war on “disease,” and on anyone who “endangers the public health” by challenging their ideological narrative.

Like every other totalitarian movement, in the end, they will do whatever is necessary to purify society of “degenerate influences” (i.e., anyone who questions or disagrees with them, or who refuses to obey their every command).

This isn’t a joke, folks. The New Normals are serious. If you cannot see where their movement is headed, you do not understand totalitarianism. Once it starts, and reaches this stage, it does not stop, not without a fight. It continues to its logical conclusion.

The way that usually happens is, people tell themselves it isn’t happening, it can’t be happening, not to us. They tell themselves this as the totalitarian program is implemented, step by step, one seemingly harmless step at a time. They conform, because, at first, the stakes aren’t so high, and their conformity leads to more conformity, and the next thing they know they’re telling their grandchildren that they had no idea where the trains were going.

Make no mistake about it: This is the Liberty Fight of our lifetimes. In truth, this attack is much more threatening than the ones from Kaiser Bill in WWI and Hitler, Mussolini and Emperor Hirohito in WWII, because this attack is being perpetrated from within.

There is no nation on earth powerful enough to accomplish our overthrow. Our destruction, should it come at all, will be from another quarter. From the inattention of the people to the concerns of their government, from their carelessness and negligence. I must confess that I do apprehend some danger. I fear that they may place too implicit a confidence in their public servants and fail properly to scrutinize their conduct; that in this way they may be made the dupes of designing men and become the instruments of their own undoing.

And in a speech before the United Nations, Russian communist leader Nikita Khrushchev said, “America will fall without a shot being fired. It will fall from within.”

The destruction Webster warned of and the fall Khrushchev promised has now begun. And it’s happening under the auspices of the government of Donald Trump and the U.S. medical establishment.

Christians and conservatives practically worship Trump as the provider and guardian of America’s peace and safety. And historically, our physicians and medical providers (our healers) have been held in utmost regard as role models of protection and safety by the vast majority of the American people.

This verse of Scripture is appropriate at this point:

For when they shall say, Peace and safety; then sudden destruction cometh upon them. (I Thessalonians 5:3 KJV)

Robert F. Kennedy Jr. is reported as saying, “The CIA killed my father and uncle – do not trust the medical or the national security establishment!”

In a recent interview, Robert F. Kennedy admitted that the Central Intelligence Agency had his father and uncle assassinated, and in that light, he has been speaking out against the medical community with regard to vaccines.  Kennedy warns Americans not to trust the same people, the national security establishment, who murdered his father and uncle and added not to trust the medical establishment as well.

You are watching two men, Dr. Ron Paul, who himself was a career Republican Congressman, and Mr. Kennedy from a famous career Democratic family, who both agree on the issues of medical tyranny facing us today, because they both understand that the threat to America today over the fear of COVID, is a non-partisan issue.

While neither man waxes eloquent as some who use those teleprompters.  What you will find are men who, though coming from politically ideological different viewpoints, agree about medical tyranny.  It needs to be stomped out.

But trusting the medical and national security establishments is what most Americans seem to do best. If you doubt that, just walk into any Costco or Walmart and count how many people are NOT wearing those stupid “masks of the beast.”

Under the totalitarian interpretation of Romans 13 that most pastors and churches have embraced, Christian people are among the most sheepish and compliant adherents of despotic government in the country. The only freedom they seem to know is whatever crumbs of freedom the state tosses their way.

The major reasons for this indifference are:

1. The rejection of the authority of Christ over our eternal and temporal salvation.

3. The almost universal surrender to the “Spirit of Party.” (G. Washington)

4. The rise and dominance of Christian Zionism over evangelicalism.

People who are under the delusion of Romans 13 misteaching, party partisanship and Christian Zionism are living in spiritual blindness and—as were the Galatian Christians—spiritual bondage. As a result, they are not even fully capable of resisting despotism—which is why most of them are NOT resisting this invasion of the New Normals.

The spirit of resistance to government is so valuable on certain occasions, that I wish it to be always kept alive. It will often be exercised when wrong, but better so than not to be exercised at all.

I urge readers to watch my message from last Sunday entitled, “Whom Resist.”

Under the guise of safety and security, our medical establishment and surveillance state have generated an intense internal invasion against our liberties that MUST be resisted, or Liberty will be thoroughly and completely eviscerated in this country. And if Freedom is lost to America, it will be lost to the rest of the world.

As was quoted at the beginning of this column:

This isn’t a joke, folks. The New Normals are serious. If you cannot see where their movement is headed, you do not understand totalitarianism. Once it starts, and reaches this stage, it does not stop, not without a fight. It continues to its logical conclusion.

The way that usually happens is, people tell themselves it isn’t happening, it can’t be happening, not to us. They tell themselves this as the totalitarian program is implemented, step by step, one seemingly harmless step at a time. They conform, because, at first, the stakes aren’t so high, and their conformity leads to more conformity, and the next thing they know they’re telling their grandchildren that they had no idea where the trains were going.

Right now we are finding out how much Liberty means—or doesn’t mean—to us.