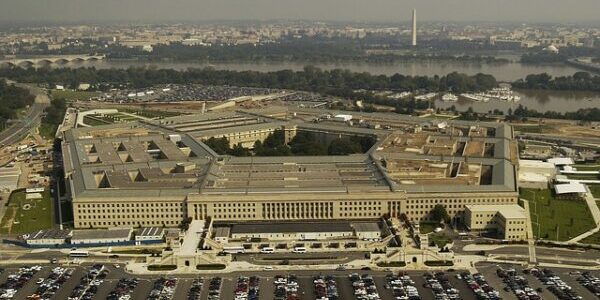 Washington Has Prepared an Invasion Narrative

The other day I asked, “What is Washington up to?”  It is already time to ask that question again.

While writing my article suggesting that only a judicious use of Russian force would sober up the West, Washington doubled down on its anti-Russian position, predicting in two news venues–the Secretary of State’s UN speech and the State Department spokesman’s press briefing–that Russia was about to launch a false flag attack that Russia would use as the excuse to invade Ukraine.

The State Department claims are pure fantasy.  Why after just rejecting the Russian’s proposal for a mutual security agreement does the Biden regime keep fanning the flames of war?

It makes no sense for the State Department to predict something that is not going to happen. As there is no aerial or satellite evidence or evidence of any kind except assertions that “US intelligence has concluded” of a constellation of attack forces on Ukraine’s border, the only way the State Department could know of a false flag event would be if it is a US false flag attack for which Russia is being set up for blame.

We have heard excessively about 150,000 invasion troops allegedly assembled on Ukraine’s border with Russia. We have not heard about 150,000 British and US trained Ukrainian troops on the border of the Donbass republics.  We have not heard about the massive arms that the West has sent to Ukraine or about the CIA trained neo-Nazi militias. If we hear anything, we hear that these Ukrainian forces are there to protect against a Russian invasion, a statement that is nonsensical.  Why would the Ukrainian forces be concentrated on the Donbass border? The Russians would simply come in behind them, and the Ukrainians would be trapped between the Russians and the Donbass forces.  How is it possible that US and UK military advisers would make such a mistake?

The Saker reports that the latest information from Donbass is that the Ukrainians are using UR-77 mine clearing vehicles to clear mines from the Donbass border.  This is the operation that is conducted just prior to a ground attack.

Washington has prepared the narrative with Blinken’s UN address today and with the State Department spokesman’s press briefing.  NATO and the Western media know the narrative and would repeat it endlessly.  No actual facts would enter the story. Those who challenge the new narrative would be accused of being Russian agents.  Sanctions would be imposed. The military/security complex’s budget would be increased. Europe would be pressured off Russian natural gas. US/NATO military presence on Russia’s border would be beefed up.

The growing burden of deceit and frustration will one day make Russia dangerous.  To forestall an explosion of fury, Russia needs to enforce its red lines now.  Washington needs to be taught a lesson before Washington goes too far.

Update:  The scenario I sketched appears to be unfolding. In an “intelligence update” the British defense minister stated that reports from Donbass of “alleged abnormal military activity by Ukraine in Donbas are a blatant attempt by the Russian government to fabricate pretexts for invasion.”  The incompetent British Defence Ministry has prepared a map with arrows drawn of the lines of advance of the Russian forces.  As the Ukrainian army is concentrated on the Donbass border, there are no forces for the Russians to encounter in their advance along 9 lines of invasion imagined by the British.  https://www.rt.com/russia/549776-uk-military-russia-invasion-map/