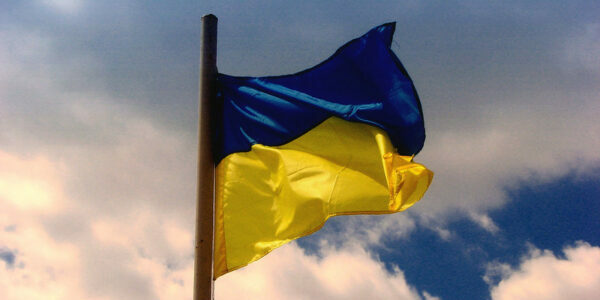 Ukraine Crisis: A Nightmare Caused by US Interventionism

We are in “uncharted territory” the media tells us. Yes, that is true. But it is uncharted because no one had ever imagined in the past that the US government would be so foolish to risk a thermonuclear war over the borders of a country – Ukraine – that have changed so many times over the past century.

An urgent Biden-Putin phone call on Saturday did not lead to any breakthrough – as if anyone thought it would. Instead, it provided cover for Biden Administration hawks to claim they tried every diplomatic approach, but war seems to be the only option.

But this whole thing is a farce. As I see it, here is the Ukraine crisis in a nutshell:

Putin to Biden: “We have no intention of invading Ukraine.”

Biden to the US media: “Putin is about to invade Ukraine!”

Then Biden’s top officials proceed to embarrass themselves by warning that the invasion was imminent. Or it’s coming next Tuesday, or Wednesday, or surely before the end of the Olympics. Does anyone think they have any credibility left with their constant hysterical warnings?

Meanwhile “US intelligence” continues to leak incendiary information – likely self-serving – to a US media that has lost any interest in skepticism toward any “scoop” handed down by US government officials.

What the US media will not report is that this entire crisis – and the threat of a serious war – has all been brought about by US interference in the internal affairs of Ukraine, specifically the US-backed coup that overthrew an elected government in 2014. Every bit of unrest in Ukraine proceeded from that single foolish and immoral act by the Obama Administration.

That is why we are non-interventionist. The philosophy of non-interventionism is one very good piece of insurance protecting us from needless war. If you don’t meddle in the affairs of foreign countries, there is less chance of being dragged into an unnecessary war.

Ukraine is a great example of why non-interventionism is the only pro-America foreign policy. We are risking nuclear war with Russia over what? Ukraine’s borders? Surely most Americans see how idiotic this is.

The Biden Administration is at present shell-shocked that the Russian government did not back down over plans to expand NATO to Ukraine. Russia understandably views NATO membership for Ukraine -with its Article 5 guarantees – to be an unacceptable threat considering the ongoing border disputes.

This is not our fight, yet Biden’s foreign policy team has decided it’s a great time to kick the hornet’s nest.

Is it all about Biden’s dismal approval ratings? What a sick thing to risk a major war over. We need to stand up and say “enough.” Before it’s too late.