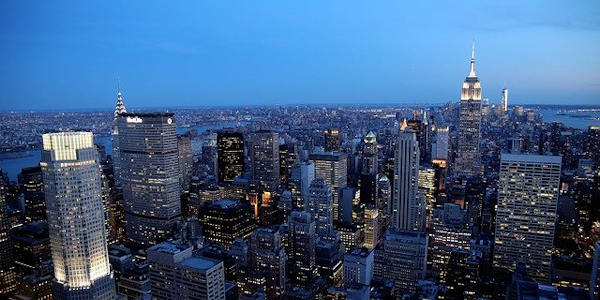 150 prominent intellectuals and Ivy League academics of leftish persuasion have signed a letter in Harper’s protesting the breakdown in civilized debate and imposition of ideological conformity.  The signatories made the obligatory bow to denouncing Trump as “a real threat to democracy” and called for “greater equality and inclusion across our society.”  But this wasn’t enough to save them from denunciation for stating these truthful facts:

“The free exchange of information and ideas, the lifeblood of a liberal society, is daily becoming more constricted. While we have come to expect this on the radical right, censoriousness is also spreading more widely in our culture: an intolerance of opposing views, a vogue for public shaming and ostracism, and the tendency to dissolve complex policy issues in a blinding moral certainty. We uphold the value of robust and even caustic counter-speech from all quarters. But it is now all too common to hear calls for swift and severe retribution in response to perceived transgressions of speech and thought. More troubling still, institutional leaders, in a spirit of panicked damage control, are delivering hasty and disproportionate punishments instead of considered reforms. Editors are fired for running controversial pieces; books are withdrawn for alleged inauthenticity; journalists are barred from writing on certain topics; professors are investigated for quoting works of literature in class; a researcher is fired for circulating a peer-reviewed academic study; and the heads of organizations are ousted for what are sometimes just clumsy mistakes. Whatever the arguments around each particular incident, the result has been to steadily narrow the boundaries of what can be said without the threat of reprisal. We are already paying the price in greater risk aversion among writers, artists, and journalists who fear for their livelihoods if they depart from the consensus, or even lack sufficient zeal in agreement.”

The signatories to the letter do not understand that time has passed them by. Free speech is no longer a value.  Free speach is an ally of oppression because it permits charges against Western civilization and the white racist oppressors to be answered, and facts are not welcome.  The purpose of the woke revolution is to overthrow a liberal society and impose conformity with wokeness in its place.  Whiteness has been declared evil. There is nothing to debate.

The signatories do not understand that today there is only one side.  In place of debate there is denunciation, the purpose of which is to impose ideological conformity.  It is pointless to search for truth when truth has been revealed: Western civilization and all its works are a white racist construct and must be destroyed.  There is nothing to debate.

To make clear that in these revolutionary times not even prominent people of accomplishment such as Noam Chomsky are entitled to a voice different from woke-imposed conformity, the letter was answered by a condescending statement signed by a long list of woke journalists of no distinction or achievement, people no one has ever heard of. The 150 prominent defenders of free speech were simply dismissed as no longer relevant. https://theobjective.substack.com/p/a-more-specific-letter-on-justice

Noam Chomsky and the other prominent signatories were dismissed as irrelevant just as the prominent historians were who took exception to the New York Times 1619 project, a packet of lies and anti-white propaganda. The famous historians found that they weren’t relevant. The New York Times has an agenda that is independent of the facts.

The message is clear: shutup “white, wealthy” people and you also Thomas Chatterton Williams, a black person with a white name.  Your voices of oppression have been cancelled.

The “oppressed” and “marginalized” voices of woke revolutionaries, who have imposed tyranny in universities, the work place, and via social media, are the ones that now control explanations. No one is permitted to disagree with them.

Lining up on the woke side are CNN, New York Times, Los Angeles Times, Slate, and other presstitute organizations desperately trying to remain relevant. Everyone of these institutions quickly took the side of the woke revolution against facts and free speech.