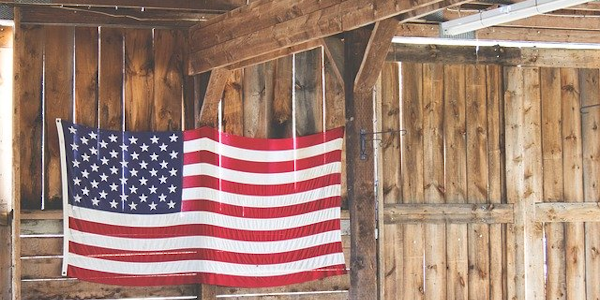 The Revolution Against White America

In fact, the dumbshit judge has no such authority, but the revolution has proceeded beyond the bounds of law.

Obviously, the revolution under way against “white America” has support not only from Democrat mayors, city councils, governors, Speaker of the House, Biden and Kamala—all of whom refuse to support law and order—but also from members of the judiciary.  To spell it out for you, the revolution in process is supported by the Democrat Party. If you are a white person and you vote Democrat, you are voting against yourself.

The revolution is directed against “white America.”

The Revolution Against White America is supported by the Democrat Party, the media, global corporations, the foundations, self-hating whites, the Israel Lobby, and the military/security complex.  Trump is supported by “the Trump deplorables” whose only power is the vote, which no longer counts in America.

The Democrats know that they have no chance of winning the election.  They intend a coup as they themselves recently revealed—https://www.paulcraigroberts.org/2020/09/06/sounds-like-the-democrats-are-planning-a-coup/ .  The Democrats have made it clear that they will not respect the vote count.  Democracy is out, because democracy supports white racism. This makes democracy itself racist.

The vast majority of Americans are too insouciant to know or care what is happening to them.  Consequently, there is nothing in the way of the anti-white revolution.

Indeed, Americans are so unaware of what is happening that they will regard this warning as a joke or the ranting of a conspiracy theorist or a racist, one of those terrible white people who do not believe in the indictment of white people for their “systemic racism.”

The situation in America is so far gone that it is not even possible to inform people what is happening to them.  They are brainwashed and indoctrinated to their own destruction.