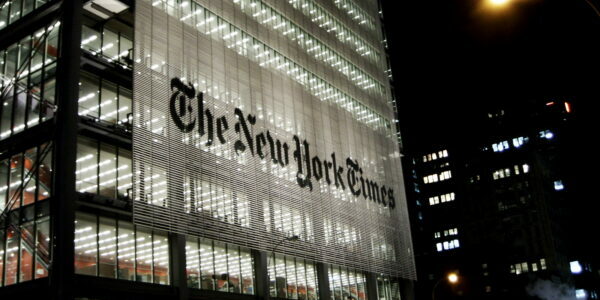 Election Data Team finds that in Georgia 17,877 people voted by mail who had previously filed National Change of Address forms with the US Post Office that they had changed their state of residence from Georgia. That number alone is more than Biden’s margin of victory.

So far the team has found out of state move forms filed by 7,426 people who nevertheless were voted in Pennsylvania, 6,254 in Wisconsin, 5,145 in Nevada, 5,084 in Arizona, and 1,688 in Michigan. Obviously, many people filed false out-of-state address changes or we have a clear picture of organized vote fraud.

The team already has a list of 1,250,000 voters with anomalies in the 6 contested states. https://www.theepochtimes.com/election-data-team-to-call-1-25-million-voters-over-anomalies-in-6-contested-states_3578114.html?utm_source=news&utm_medium=email&utm_campaign=breaking-2020-11-13-5

There  are numerous reports, such as this one, from poll watchers who were intentionally prevented from watching.  Many have had the courage to go public:  https://www.theepochtimes.com/poll-watchers-say-they-were-monitored-forced-to-leave-nevada-election-center_3578329.html?utm_source=news&utm_medium=email&utm_campaign=breaking-2020-11-13-5

The presstitutes steadfastly refuse to investigate any whistleblower’s report and keep repeating “no evidence of fraud.”  Social media takes down whistleblower’s reports.  This intense censorship itself indicates that the election was stolen and that those involved in the theft intend to keep the evidence of the theft suppressed:  http://www.stationgossip.com/2020/11/stunning-testimony-michigan-election.html  If the election was not stolen, investigation would bear that out, so why suppress information that should be investigated?

THE HAMMER & SCORECARD were used by the Democrats to alter votes:  In February 2009, the Obama administration commandeered a powerful supercomputer system known as THE HAMMER.  THE HAMMER includes an exploit application known as SCORECARD that is capable of hacking into elections and stealing the vote, according to CIA contractor-turned-whistleblower Dennis Montgomery, who designed and built THE HAMMER. https://theamericanreport.org/2020/11/05/lt-gen-thomas-mcinerney-usaf-ret-and-the-american-reports-mary-fanning-discuss-scorecard-and-the-hammer-election-hack-on-worldview-weekend-with-brannon-howse/

Sidney Powell, former federal prosecutor, reports that election theft technology used by US intelligence in foreign countries was used against Trump.  Tom Fitton, president of Judicial Watch, says state legislatures in the vote fraud states have the power to correct the situation as does Congress which can refuse to accept an uncorrected corrupted process. https://phibetaiota.net/2020/11/video-lou-dobbs-with-sidney-powell-tom-fitton-836-plus-supporting-article-on-hammer-scorecard/

Somali immigrant Ilhan Omar quickly learned how to build her family fortune out of campaign funds.  Where does Ilhan Omar get such large amounts of campaign money with which to pay her husband?  https://publicintegrityforum.com/ilhan-omars-campaign-paid-husbands-political-consulting-firm-nearly-2-8m-this-election-cycle/?utm_source=Email_marketing&utm_campaign=Content_11.14.20&cmp=1&utm_medium=HTMLEmail

I told you this would happen. The Democrats will flood the country with immigrants and control their votes in all future elections.  Democracy is finished in the US.  https://publicintegrityforum.com/biden-set-to-reverse-trumps-immigration-policy-end-travel-ban/?utm_source=Email_marketing&utm_campaign=Content_11.14.20&cmp=1&utm_medium=HTMLEmail

The most dangerous aspect of the now divided American population is that the half that is comfortable destroying democracy in order to gain power are the ones who have the confidence and moral certainty to break the rules and organize for violence (Antifa and BLM). It is the alleged “privileged white supremacists” who live in fear and hide their opinions.  https://publicintegrityforum.com/the-shy-trump-voter-is-a-suburban-woman/?utm_source=Email_marketing&utm_campaign=Content_11.14.20&cmp=1&utm_medium=HTMLEmail