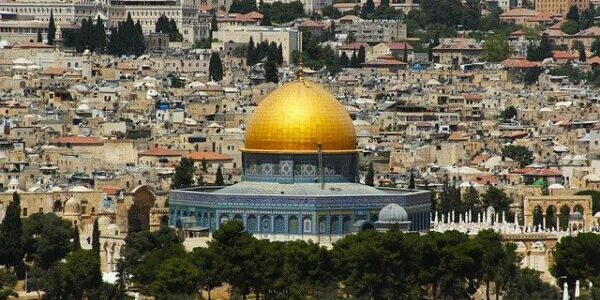 Stand With Israel? Not On Your Life!

With Israel’s current acts of terrorism against the Palestinians in Gaza escalating into war, the usual Zionist propagandists in the Western media, political and evangelical establishments have launched their latest “stand with Israel” blitz. These pathetic propagandists constantly portray the State of Israel as the poor, weak, innocent victim that is under siege from strong, bullying aggressor-neighbors. Actually, just the opposite is true.

I’ll begin with this report:

If you take in all of your information from mainstream media sources, you likely think that the Palestinians are a terrorist organization who carry out acts of unprovoked violence against the innocent state of Israel. But to those who think for themselves and seek out objective information on the Israeli and Palestinian relations, it is far more complex. It is also heavily one-sided.

It is no secret that the United States government is in bed with the Israeli government. In foreign “aid” alone, $10.5 million of your tax dollars flow to Israel every single day of the year. Some states have even passed laws that define the criticism of Israel as “anti-Semitism.”

Nevertheless, the US mainstream media has made it their mission to whitewash, downplay, distort, and completely lie about the crimes perpetuated on the Palestinian people by Israel.

Despite what the blowhards in the mainstream media say, the atrocities carried out by Israeli authorities amount to crimes against humanity of apartheid and persecution. In fact, Human Rights Watch released a report last month, saying exactly that.

The Zionist State of Israel is indeed a genocidal apartheid state that is as evil and murderous as any fascist or communist state in history. In truth, Israel was constructed on the principles of fascism. This fact was acknowledged by Albert Einstein back when Israel was first coming into existence—which Einstein much opposed.

In 1948, Einstein sent a letter to the New York Times warning,

Among the most disturbing political phenomena of our times is the emergence in the newly created state of Israel of the “Freedom Party” (Tnuat Haherut), a political party closely akin in its organization, methods, political philosophy and social appeal to the Nazi and Fascist parties. It was formed out of the membership and following of the former Irgun Zvai Leumi, a terrorist, right-wing, chauvinist organization in Palestine.

The current visit of Menachem Begin [who became the sixth Prime Minister of Israel], leader of this party, to the United States is obviously calculated to give the impression of American support for his party in the coming Israeli elections, and to cement political ties with conservative Zionist elements in the United States. Several Americans of national repute have lent their names to welcome his visit. It is inconceivable that those who oppose fascism throughout the world, if correctly informed as to Mr. Begin’s political record and perspectives, could add their names and support to the movement he represents.

Before irreparable damage is done by way of financial contributions, public manifestations in Begin’s behalf, and the creation in Palestine of the impression that a large segment of America supports Fascist elements in Israel, the American public must be informed as to the record and objectives of Mr. Begin and his movement. The public avowals of Begin’s party are no guide whatever to its actual character. Today they speak of freedom, democracy and anti-imperialism, whereas until recently they openly preached the doctrine of the Fascist state. It is in its actions that the terrorist party betrays its real character; from its past actions we can judge what it may be expected to do in the future.

The undersigned therefore take this means of publicly presenting a few salient facts concerning Begin and his party; and of urging all concerned not to support this latest manifestation of fascism.

Einstein’s letter was signed by 28 notables, including a Jewish Rabbi.

The fascist, blood-thirsty predilections of the Zionist state observed by Einstein in 1948 have manifested themselves to greater and greater degrees ever since.

Over 5 million Palestinians have been murdered by the State of Israel since 1948. By any honest, objective analysis, the mass slaughter of innocents, the utter annihilation of hundreds of Palestinian towns and villages, the forced displacement of millions of people, the unconscionable crimes against humanity committed by the Israel Defense Forces (IDF) and the total subjugation of millions of indigenous individuals that has turned both Gaza and the West Bank into the world’s largest open air prison would be regarded as a holocaust as horrific as any that came before it.

Before you watch another propagandist newscaster or listen to another brainwashed evangelical pastor or politician telling you how we must “stand with Israel,” I urge you to read renowned Israeli historian Ilan Pappe’s blockbuster book The Ethnic Cleansing Of Palestine.

The State of Israel loves to play the role of victim on the world stage, but the truth is, since WWII, Israel is one of the most murderous aggressor/terror states in the world. Had any other nation on earth committed the atrocities you will find documented in this book, the entire world—especially the United States—would hold it up to global condemnation. But you have likely read or heard absolutely nothing about it. The truth of Israel’s bloody conquest of Palestine has even been hidden from the people of Israel themselves.

Evangelical Christians who are enamored with the modern State of Israel, believing it to be a fulfillment of Biblical prophecy, need to take a close, hard look at the brutal history of the Zionist state. Reading Pappe’s book is the best place to begin.

If any of us were forced to live under the oppressive military state that the Palestinian people are forced to endure, we would do everything we could to liberate ourselves from the brutal, barbaric bondage being inflicted upon us—just as they are doing.

The Palestinians are reacting to an intensified illegal and immoral theft of their homes and lands by an ever-burgeoning expansionist policy by the Israelis.  It is the Israelis that are targeting innocent civilians and children in their military attacks against the Palestinians—not the other way around. This the IDF has been doing since 1948—and especially since 1967.

The Israelis have also deliberately destroyed media sites in Gaza in order to hide their war crimes from the West.

The destruction of two important Gaza buildings housing 20 media outlets was both shocking and predictable. History shows that if the media aren’t around to document Israel’s war crimes, it’s a lot easier for it to commit them.

On Tuesday, Israel bombed the 10-storey Al-Jawhara Tower, causing it to collapse. Before doing so, it had ‘benevolently’ warned that the airstrikes were coming. The following day, it bombed the 14-storey Al-Shorouk Tower, also giving warning it was going to do so.

Most reports have the buildings as evacuated before being levelled. But without these media offices, reporting on Israel’s other war crimes will be left largely to what little media remain and citizen journalists.

To get a true perspective of what’s really going on in Palestine and how Israeli power dominates both the news media and political establishment in the U.S., I strongly urge you to read this important strategic analysis.

And for evangelical Christians who have been duped by the fallacious prophecy doctrines of Cyrus Scofield, I urge readers to watch my 3-set DVD series of 31 messages entitled The Israel Package.

To “stand with” the Zionist State of Israel occupying Palestine today is to stand with an antichrist apartheid state that is persecuting and murdering innocent people of all faiths—including Christians.

My pulpit ministry at Liberty Fellowship is reaching hundreds of people in Palestine. One of them is an Israeli-born Jewish man who came to Christ through watching my messages. Since converting to Christ, this man has been persecuted, beaten and incarcerated by the Israeli authorities.

This man recently wrote me (I’ll not reveal his name as it could further endanger his life) and said:

We are in a middle of war in Israel. As a Jewish follower of Jesus Christ, I must spread the Gospel and The Word among the Israelis. The Jewish nation must change from the way of the Zionists. Zionism is part of the beastly antichrist system.

This young Jewish convert to Christ has a better understanding of the scriptural truth regarding Israel than the vast majority of America’s pastors, evangelists and TV and radio preachers.

Stand with Israel? Not on your life!

Published in FAITH, US and WORLD