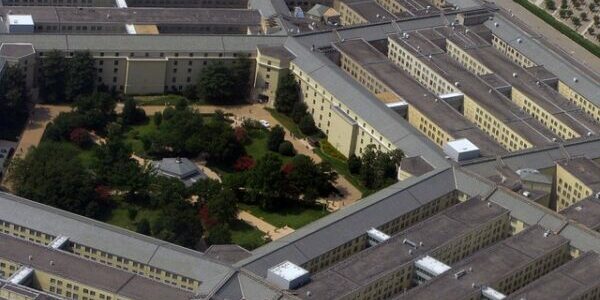 Washington keeps on adding fuel to what it says is a Ukrainian crisis.  Washington puppet Jens Stoltenberg, the nominal secretary-general of NATO, says NATO is considering a larger and permanent Black Sea presence.  The Black Sea is to Russia what the Mediterranean Sea was to the Romans–mare nostrum, “our sea.”  Stoltenberg’s announcement is akin to Russia announcing that Russia is considering establishing a “Chesapeake Bay Battle Group.” Stoltenberg added that NATO is planning to establish battle groups in Romania and in other countries around the Black Sea.  Why such dangerous provocative actions at a time of  such high tension?  Why is Washington pouring gasoline on a fire?

Even I did not suspect this level of Washington irresponsibility.  As if this isn’t enough, Stoltenberg declared the Black Sea to be of strategic importance for NATO, and the White House national security advisor said the buildup of forces on Russia’s borders are necessary for future contingencies whether or not Russia invades Ukraine.

I was mistaken to think that Washington took seriously Russia’s warning that she was not going to tolerate any more military buildup on her borders.  Washington did not hear, or if Washington did hear is nevertheless determined to provoke a war.  This stance presents Russia with only two choices–fight or surrender.  Is there any hope that the peoples of the West can realize the insanity of their leaders and stop the march to war? I think not. They cannot even stop their own governments’ war against them.  In the Western world democracy is a hoax.

At this time Russia holds all the cards.  Will she wait, seeking solace in talks and negotiations,  until Washington/NATO are better prepared?

Addendum:  Is war upon us? The British armed forces minister James Heappey said today that all British troops are being removed from Ukraine “over the course of the weekend” as a Russian invasion is expected.  The British soldiers have been training Ukrainians in the use of Western weapons for an attack on the Donbass republics. Washington believes that such an attack would result in Russian intervention, which can be labeled a “Russian invasion.”

MOSCOW, February 11. /TASS/. Deputy chief of the Russian presidential staff Dmitry Kozak has said that Russia’s partners in the Normandy Quartet (Germany, Russia, Ukraine and France) tend to procrastinate on negotiations on a settlement of the intra-Ukrainian conflict – in strict accordance with the instructions they have received from the United States.

“For some reason, our counterparts think that time plays into their hands and that they should drag their feet in the negotiations,” Kozak told the media on Friday following Thursday’s meeting of the Normandy Quartet’s political advisers, which ended inconclusively.

“Moreover, from our friends in a NATO country, we have received a document – an instruction from the US Department of State to all NATO countries regarding the way they should conduct negotiations with Russia concerning the settlement of the conflict and the implementation of the Minsk Accords. It is an instruction on how to stall all negotiations.”  https://tass.com/politics/1401971

Update: US pulls its troops out of Ukraine in anticipation of Russian invasion.  Having provoked war the superpower runs away.