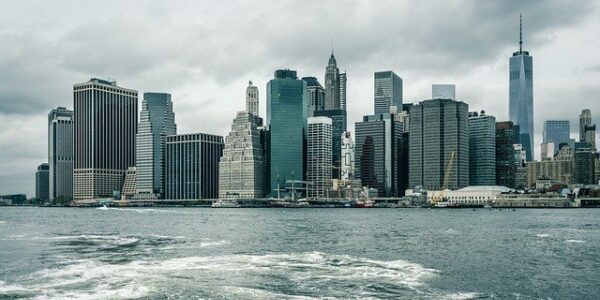 The attention given to the growing public resistance to “vaccine” mandates and to the “Russian invasion of Ukraine,” allegedly to happen at any moment, has left equally serious problems without attention.

Two unattended very serious problems are the continuing research in weaponizing viruses and making them contagious that is financed by Fauci at NIH and by the US Defense Advanced Research Projects Agency (DARPA) and the absence of medical research about how to help those whose health is damaged by the mRNA vaccines.

Under the Biological Weapons Convention, this research is banned.  Fauci gets around the law by claiming that the research is not for biowarfare purpose, but to anticipate viruses that might emerge in nature so that we will be prepared to combat them.  Francis Boyle who wrote the implementing legislation for the US says that gain of function research, which gave the Covid virus its contagious feature, is a violation of the law.

As DARPA has so many scientists employed in the illegal research, usually protected under “national security” claims, no one has been brave enough to do anything about it.  Indeed, it is difficult to do anything when governments refuse to obey their own laws.

As the banned research continues, we are faced with another virus escape or intentional release in service to a secret agenda, such as more control over populations or reduction in population.  It is encouraging that people are resisting the counterproductive “vaccine” mandates.  We need even stronger protests against the illegal biowarfare research.

Considering the enormous effort required just to resist illegal and unconstitutional mandates and the enormous resistance to the protests by the nazified governments in Canada, Austria, Germany, France, Australia, and elsewhere, what chances do the people have of mounting an effort sufficient to stop the illegal biowarfare research?  How large and ongoing a protest will it take to force a corrupt medical establishment to pour resources into finding ways to help the vaccine-injured?

Assuming the people can defeat the vaccine mandates, will they have the energy and the realization to take on the unaddressed business of the ongoing illegal biowarfare research and the absence of help for the vaccine-injured?

To be free is a never-ending battle.  Governments are motivated to accumulate power and resources.  Into these activities is where governments put their energy.  Over the course of my lifetime I have watched all government–state, local, and federal, as well as Property Owners Associations, become less accountable.  In the end trust between the people and government wears away, and government governs by deceit, force and terror.