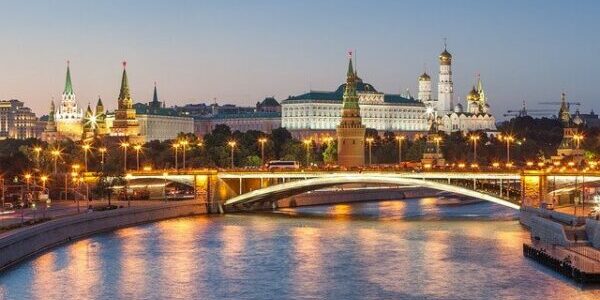 Russian Foreign Ministry spokeswoman Maria Zakharova said the US, UK and other US puppets know something that Russia doesn’t as they are removing embassy staff and preventing travel to Ukraine.  As this is indication that the US and Ukraine have a provocation ready, Russia will follow their lead and reduce staff or dependents.

Washington has prepared a false flag operation that the whore Western media and all Western governments will blame on Russia.  The incident will involve the 100,000 US/UK trained Ukrainian soldiers massed on the border of the Donbass republics, territory that was formerly part of Russia and is inhabited by Russians that broke away from Ukraine in 2014 amidst the anti-Russian violence of the neo-Nazi state installed by Washington.

These territories requested to be returned to Russia like Crimea, but the Kremlin refused.  Instead, the Kremlin made the mistake of relying on diplomacy, thinking it had agreement to the Minsk Agreement.   It was another unlearned lesson to Moscow about the worthlessness of agreements with the West.  Yet, Moscow persisted in relying on agreements.  The result is that Moscow is now faced with a plot to provoke Russia into a war with Ukraine.

Washington believes that forcing Russia to bare her teeth will serve the purpose of divorcing Europe from Russian natural gas and rely instead on US liquified natural gas, while reestablishing the Russian Threat that makes NATO a political control device over European economic and foreign policy. It is about preserving the American Empire.  Washington believes that if Europe is dependent on Russia for energy, European foreign policy will escape from Washington’s control.

Washington might also hope that the Kremlin is so averse to scaring Europe by demonstrating Russian military power that the Kremlin will stand aside while the Donbass Russians are slaughtered, mistakenly hoping that the facts will come out, with the consequence being that Putin is discredited and repudiated by Russian patriots who believe it was a mistake not to grant the request to be reincorporated into Russia.  Washington thinks that if Putin can be moved aside, Washington can find a puppet among the Atlanticist Integrationists whose goal is to be part of the West and are willing to sacrifice Russian sovereignty for what they consider the privilege of being a member of the West.

If Russia is again successfully falsely accused, perhaps the Kremlin will finally get the message that “our Western partners” are in fact deadly enemies. If Russia is to survive, sooner or later the Kremlin will have to realize that it is confronting evil.  It seems Lavrov is beginning to understand the situation, but he still wants to talk and negotiate, which indicates that he is unwilling to face the real situation. https://sputniknews.com/20220212/lavrov-tells-blinken-propaganda-about-russian-aggression-against-ukraine-has-provocative-purposes-1092963955.html

Perhaps in the telephone conversation today between Putin and Biden, Putin can convince Biden that the consequences of Washington’s plot will be more severe for the West than Washington thinks.