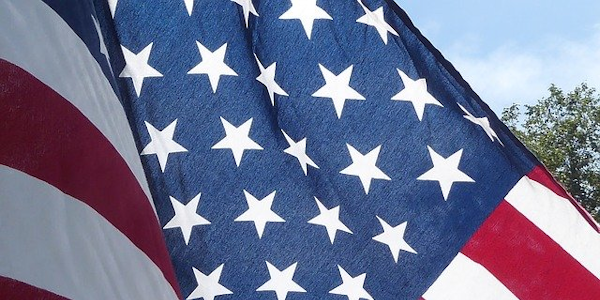 A radical left-wing group that claims it is working to stop the “violent white supremacist machine that is the Trump administration and its supporters” has posted a Google document containing detailed battle plans to take down the U.S. infrastructure and bring the nation to its knees following another Trump victory.

The battle plans are posted in a document entitled, “Stopping the Coup” which was distributed by a group called ShutDownDC. Breitbart News explains the contents of the document:

It casts its plan for disruption as a response to an imagined “coup” by the president in the case of a close election.

In an email promoting the guide, ShutDownDC declares: “Preventing Donald Trump from stealing the election and remaining in office is likely to take mass, sustained disruptive movements all over the country.” The guide is a manual to that “disruption.”

Parts of the guide are committed to ensuring a “fair election.” Parts of it, however, read like a manual for staging a coup rather than a guide to preventing one.

The guide’s actions are consistent with detailed descriptions of anticipated left-wing terrorism that I described in a recent article entitled, “Likely TIMELINE of events to take place from Sep. 20 to Jan. 20.” That article declared:

The ShutDownDC document promotes exactly this scenario, advocating “broad based direct action… in the streets… at the sites of power.” Here’s a section directly from the report:

In the context of a coup or highly contested election we need to be clear that our actions must directly affect the structures and pillars of power.  Our largest asset in this regard utilizes the ideas of non-compliance through massive, broad based direct action.  Where we can, we need to be in the streets, on the highways, or at the sites of power and power holders. In our jobs and lives we must refuse to allow those taking control the legitimacy of the power they seek through strikes, slowdowns, and boycotts, and public refusal to accept an illegitimate ruling party.

The group’s tactics also clearly include targeting the military and the media to turn against the U.S. Constitution and “side with the people.” It suggests that activists ponder new ways to bring the country to its knees and disrupt normal day-to-day activities:

In order to really win we will need to force some pillars of power (business, military, media, or other major institutions) to decide to side with the people, or at least get out of the way.  If everyday life goes on, a despot will not leave power, and so there will be no incentive for real systems change. You want to think about what it might take to stop business-as-usual.

As Breitbart.com explains, “The guide also says that activists plan on physically protecting the vote count from counter-protestors, federal agents, or white supremacist militias. The guide indicates that activists intend to ‘demand that no winner be announced until every vote is counted,’ and that they will launch ‘mass coordinated action’ to that end.”

If President Trump is declared the winner on Election Night, the ShutDownDC group calls for violent attacks against anyone supporting Trump’s victory:

Trump may try to declare himself the victor before the votes are counted, or Fox News might call the race. Those who can should be prepared to take action against those who are feeding into the stolen election narrative, including social media companies that are letting falsehoods or incitements to violence spread.

The document repeatedly calls for “direct action” (i.e. violence, shootings, arson, etc.) against Trump supporters, both at the individual and corporate levels:

In the end, the actual electorate might be split, half truly believing that Trump was elected legally, and half knowing that he was not. It is in this muddied context of legal and political wrangling that we must take action. We cannot wait to see how the chips fall. That will only ensure more power for the violent white supremacist machine that is the Trump administration and its supporters.

The document appears to be the product of a group called the Disruption Project, whose website describes itself as “dedicated to supporting uprisings, resistance and mass direct action.”

ShutDownDC’s website indicates that it expects Trump to be “forced from office,” adding: “We are not seeking a ‘return to normalcy,’ because we know that returning to ‘normal’ means returning to a system that was built on oppression. Rather, we see this as the time to rise up against the current crisis and move forward to dismantle the interlocking systems of oppression that have plagued this land for centuries.”

A blueprint for violence and mayhem across America

In summary, the ShutDownDC document is a blueprint for war on the streets of America, with the direct intention of denying Trump an election victory that he has rightfully earned from the voters.

It’s clear these radical Leftists seek to take down America via mass chaos, arson, shootings and other forms of violence, no doubt carrying out bombings and other tactics of mayhem that help achieve their goals of disrupting the counting of votes and restoring the rule of law.

Should these left-wing terrorists make good on their promise, we call on President Trump to invoke the Insurrection Act, unleash the U.S. military and grant them the Rules of Engagement to engage terrorists with live fire. The time has come to put them down… permanently.

And if Trump won’t act to defend this nation, then American patriots will. Once the election is over, the patience of American patriots who have put up with the escalating violence and mayhem of left-wing nut jobs will have come to an end.

Beginning November 4th, the patriots take America back from the lawless Left. State by state, city by city and block by block, using law-abiding police, military and militia units as needed. It’s all in the name of restoring the rule of law and eliminating domestic enemies who have forfeit their very right to be Americans in the first place. Since they are wholly incompatible with civil society and cannot be reasoned with, they must be engaged with legal force and halted from carrying out their plans of chaos and destruction.

Prepare like your life depends on it, and don’t plan on being able to call 911, because the police will probably be busy.

Watch all my firearms videos at PrepWithMike.com to be fully prepared for close encounters, should they come for you (as they are now promising).

Do not initiate violence, but most definitely defend your life, your family, your community and your nation against the lawless, violent terrorists who are attempting to destroy it. Support local law enforcement, National Guard troops and military units if they are called into action and deployed in U.S. cities. Hear my podcast below to understand why you will “beg” for Martial Law once the Left unleashes its terrorism agenda:

If we do not defeat them now, they will hunt down and execute conservatives, Christians and Trump supporters in the months ahead.

Mike Adams (aka the “Health Ranger“) is a best selling author (#1 best selling science book on Amazon.com called “Food Forensics“), an environmental scientist, a patent holder for a cesium radioactive isotope elimination invention, a multiple award winner for outstanding journalism, a science news publisher and influential commentator on topics ranging from science and medicine to culture and politics.