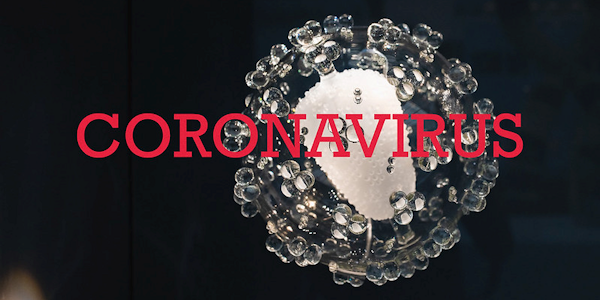 This is a very important article:  https://anthraxvaccine.blogspot.com/2020/06/how-false-hydroxychloroquine-narrative.html

It is written by a medical doctor and consists of a list of steps that have been taken by medical authorities in the US, Canada, Australia, New Zealand, Western Europe, and apparently also Russia to prevent doctors from using inexpensive hydroxychloroquine (HCQ) together with azithromycin and zinc to treat coronavirus.

HCQ with azithromycin and zinc is the only known effective treatment (other than perhaps large intraveneous doses of Vitimin C) of coronavirus. Dr. Didier Raoult has proven its effectiveness by using the treatment on more than 4,000 patients.  A number of American doctors have reported similar success.

As regular readers of this website know, I have covered some of the deceptive practices used by CDC, NIH, WHO, and medical journals to falsely portray HCQ as a dangerous drug that kills.  Dr. Meryl Nass’ list of Big Pharma’s intentional falsifications for the sole purpose of preventing cost effective treatment of coronavirus is a long list.  It shows us the extent to which the medical profession is corrupted by money.  The reason HCQ has been blocked is to protect the market for Gilead’s Remdesivir, an extremely expensive and ineffective treatment, and to keep the option open for marketing a highly profitable vaccine that is unlikely to be effective.

To be clear, large numbers of people are suffering with serious illness and many are dying, the economy has been disrupted and people’s financial health has been impaired, all for the sake of profit for Big Pharma.

Dr. Nass points out that the National Institute of Health’s committee that sets guidelines for coronavirus treatment has 16 members with financial entanglements with Gilead, including two of the three co-chairmen of the committee.  Dr. Nass asks:  “Are you surprised that their guidelines recommend specifically against the use of hydroxychloroquine and in favor of Remdesivir, and that they deem this (Remdesivir) the new ‘standard of care’”?

Now ask yourself, when the entirety of the Western media and the medical establishment purposely cause illness and death so that money can be made, why do you believe what media and authorities tell you about George Floyd’s death and everything else?

On what big issue have we ever been told the truth by media and authorities? USS Liberty?  9/11?  Saddam Hussein’s weapons of mass destruction?  Assad’s use of chemical weapons?  Iranian nukes?  Russian bounties to the Taliban to kill US soldiers? Russiagate?  Impeachgate?

Many commentators have been suspicious of the pandemic seeing that it serves control and profit.  Many are convinced that the pandemic was unleashed on the world for power and money.  My own view has been that the dangerous virus probably escaped from a lab and that Big Pharma, Bill Gates, and the police state have been quick to use it for their agendas.

Those who see the pandemic as intentional can point to such an event’s prediction in the movie V for Vendetta.  It is a story of the British unleashing a plague on the population in order to seize tryannical control over the population.

From Dr. Nass’ list we can see the measures implemented by the authorities to maximize the success of coronavirus in causing sickness, death, and economic disruption.  Clearly, our leaders are serving other purposes than our welfare.

Update:  a reader has brought the number to 39 with these three additions:

Fauci and NIH helped fund China’s research into the dangerous and banned gain of function that has made coronavirus so contagious.

Bill Gates and Johns Hopkins University did a test run of a pandemic at the end of last year.

Governments in the US, Canada, and Western Europe delayed stopping flights from countries with coronavirus outbreaks until enough infected people had entered the country  to ensure widespread infection and make contract tracing impossible.