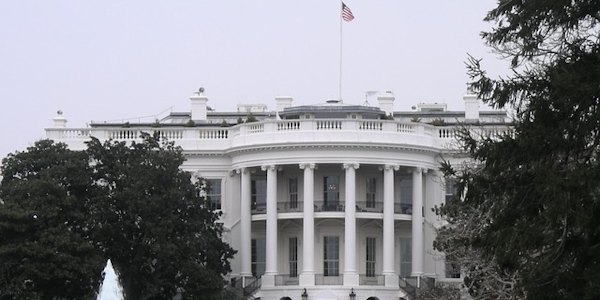 More News You Won’t Hear Christians And Conservatives Talk About

Continuing the theme of last week’s column, here is more news you won’t hear Christians and conservatives talk about.

First story: Over the past several days, we saw tremendous courage from both the right and the left—and the cost of that courage.

I’m talking about both Senator Rand Paul and CNN analyst Marc Lamont Hill. Both of these brave men had the courage to tell the truth about the Zionist State of Israel and, in the case of Rand Paul, actually put serious action behind his words.

Senator Paul has blocked $38 billion in military aid to Israel, and he is being pummeled for it. As you can imagine, powerful Zionist lobby groups such as AIPAC and Christians United for Israel (CUI) are spending outlandish sums of money (CUI has already spent over $100 thousand on media advertising across Kentucky) to exert pressure on Sen. Paul to withdraw his blockage.

The Trump White House and congressional Republicans and Democrats are also exerting tremendous pressure on Dr. Paul to withdraw the blockage. How long Rand can withstand this pressure is anybody’s guess. As for Marc, you know what happened to him: CNN fired him.

Hill was fired after the Zionist attack-dog group, the Anti-Defamation League (ADL), skewered him for his speech at the UN. The ADL said Hill was “anti-Semitic” (the accusation they always make) and advocating violence against Israel. He wasn’t. He was simply calling for Israel to stop committing violence against Palestinians. Hill was clear. He said, “I support Palestinian freedom. I support Palestinian self-determination.” (So do I.) No matter. Without giving Hill an opportunity to defend himself, the network promptly fired him. Now, the ADL is also demanding that Hill be fired from his teaching position at Temple University. One thing Zionists deeply despise is the freedom of speech.

Everyone needs to read Joseph Margulies’ take on Hill’s firing. Margulies is an American Jew, by the way.

Once again, we see the power and influence that Zionism exerts over our national news media and federal government. Israel is untouchable.

These two stories are just the tip of a very large iceberg. Maybe more than anything else, the stranglehold that Zionism has on our government, media, entertainment industry and evangelical churches is choking the life and liberty out of our nation.

And lest you think being anti-Zionist is being “anti-Semitic,” IT’S NOT! (Nor am I. I love the Jewish people as much as I love the Palestinian people, or anyone else for that matter.)

Zionism is a corrupt criminal cabal of international warmongers (comprising people from virtually all religions and races) who use politics, economics and religion to enrich themselves off of global war. In fact, more than anyone else, Zionists are the ones who are victimizing the Jewish people. And there are tens of thousands of Jewish people who reject Zionism and who do not support Israel’s persecution of Palestinians—and thousands of Jewish rabbis who are vehemently opposed to the Zionist government in Israel. (Research it for yourself, if you don’t believe me.) America’s problem is, we have a Zionist government (or, at the very least, a Zionist-manipulated government) in Washington, D.C., and we don’t even recognize it.

Second story: Donald Trump has replaced NAFTA with the United States-Mexico-Canada Agreement (USMCA), which is nothing more than NAFTA on steroids. USMCA bludgeons national sovereignty and implements the globalist UN 2030 agenda.

Furthermore, USMCA gives tech giants in Silicon Valley the legal authority to censor anyone it wants to. Multiple reports are documenting the draconian threat to free speech that the USMCA poses.

Facebook, Twitter, Google, and YouTube all engaged in pre-election censorship against Republicans and Trump supporters. Yet they’ve managed to sneak a liability protection into President Trump’s trade bill that would make it even easier for them to censor their own users.

USMCA entrenches the tech giants’ legal protections under Section 230 of the Communications Decency Act, which grant them legal immunity for user-generated content. This is an important part of the law that allows tech platforms to host a wide variety of speech with light-touch moderation.

But USMCA also entrenches tech companies’ right to censor without liability. Article 19.17 of the trade agreement gives tech companies immunity from any lawsuits arising from actions taken to “restrict material it considers to be harmful or objectionable.”

And Dr. Ron Paul condemns the USMCA for expanding government control over trade, increasing government protectionism, increasing the cost of goods and decreasing employment. He also laments that USMCA forces unionism on Mexico, portends the potential nullification of all right to work laws and increases inflation and government regulation. So much for Donald Trump’s commitment to the First Amendment, freedom, less government and “America First” sovereignty.

Donald Trump campaigned with a promise to put ‘America first’ and to stay out of foreign conflicts. As president, Trump has followed the same interventionist policies that failed his predecessors, says former Congressman Ron Paul.

Rather than back out of the meeting, Paul wrote on Monday, Trump should have used the opportunity to declare that the US is not the “policeman of the world,” and that “what flag flies over Crimea is none of our business.”

On the campaign trail, Trump had slammed President George W. Bush’s $1.9 trillion wars in Afghanistan and Iraq, and promised to stay out of Syria. Since taking office, however, he signed off on multiple cruise missile strikes against Syria, continues to arm anti-government rebels there –many of whom have links to Al-Qaeda–and continues to hit all three countries with airstrikes, some of them deadly to civilians.

In a bombshell announcement that could once again threaten the stability of the government, the Israel Police announced on Sunday that it was recommending bribery charges against both Prime Minister Benjamin Netanyahu and his wife, Sara Netanyahu, in the Bezeq corruption probe, known as Case 4000.

In a blistering accusation, police said “the prime minister and his associates intervened in a blatant and ongoing manner, and sometimes even daily, in the content published by the Walla News website, and also sought to influence the appointment of senior officials (editors and reporters) via their contacts with Shaul and Iris Elovitch,” the Bezeq owner’s wife.

“The main suspicion is that the prime minister took bribes and acted in a conflict of interest by intervening and acting in regulatory decisions that favor Shaul Elovitch and the Bezeq Group, while at the same time directly and indirectly demanded interference with the content of the Walla site in a way that would benefit him,” police said in a joint statement with the Israel Securities Authority, which also took part in the nine-month investigation.

Police said there was “improper conduct between Netanyahu and Elovitch on two main axes: diverting media coverage in exchange for preferable regulation.”

Investigators said they believe there is enough evidence to bring Netanyahu to trial on charges of accepting bribes, fraud and breach of trust and fraudulently accepting benefits.

I have tried to warn readers about the corruption and criminality of Netanyahu, but most Christians and conservatives ignore it, because, after all, Netanyahu is a Zionist, and Zionists are given special elevated and protected status by Christians. But Netanyahu’s criminal activities finally seem to be catching up to him. This could prove to be a bad omen for Donald Trump, who has his own closet full of criminality.

Fifth story: As soon as the Democrats won the U.S. House, I predicted that Donald Trump would move leftward during the next two years in an effort to appease Democrats. The day after the November elections, I wrote this on my Facebook page:

I think I should add one more prediction at this early stage following the Democrats winning the US House: watch Trump move left during the next two years to accommodate House Donkeys. Trump has absolutely NO CENTER, NO CORE BELIEFS. He will do whatever he needs to do to take care of Donald Trump. Watch as he even pressures Senate Republicans to compromise and surrender to Democrats in the House. As I said in my post, Trump has MUCH to be concerned about as the House ramps up their probes and investigations into his affairs. He has ten thousand skeletons in his closet that he doesn’t want to be discovered. Democrats KNOW he has MUCH to hide, and they will use it to coerce him to play ball with them. And Trump is at his very best when he is making deals with the devil.

President Donald Trump, facing a Congress that will become dramatically more antagonistic toward him in January, has begun courting Democrats who could determine whether his next two years are spent scoring legislative deals or staving off an onslaught of congressional investigations.

In recent days, Trump has invited the top Democratic congressional leaders to the White House amid a pressing government funding battle, and he privately told a Democratic senator he would consider legislation to help stem the loss of auto manufacturing jobs in Ohio. [Translated: more government bailouts.]

Trump’s top aides have also been a regular presence on Capitol Hill, discussing legislative goals even as Democrats begin plotting investigations into an administration they argue has escaped serious congressional scrutiny.

The overtures are a signal that Trump and his White House are at least feeling out whether the self-professed dealmaker can find common ground with Democrats next year even as he faces pressure from Republicans to keep the opposition party at arms [sic] length.

“I’ve seen him when others advise not to make a deal and he moves ahead,” said Marc Short, the former White House legislative affairs director.

Sixth story: The vast majority of pastors, Christians and “conservatives” are as ignorant of the principles of constitutionalism and Natural Law as are most liberals and unbelievers. That’s why it normally doesn’t matter to a tinker’s dam which party controls Congress or whether a Republican or Democrat is in the White House (including the current occupant). The political and religious right and left are operating in almost total ignorance of the fundamental principles of liberty upon which America was built.

In my studies years ago, I sadly discovered that these great American documents could not be found in one volume under one title. That’s why we created THE FREEDOM DOCUMENTS.

Published in FAITH, LIBERTY, US and WORLD