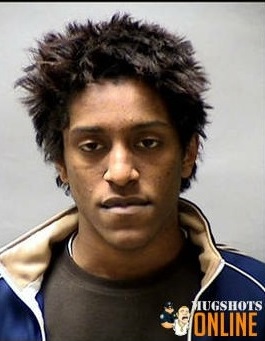 Of the many notorious grifters and bad actors involved in the January 6th “Insurrection”, none are more loathsome than the self-proclaimed “Stop the Steal” founder Ali Alexander, whose sexual interest in underage boys and past history of fraudulent behavior have gone largely unreported on by the mainstream media.

Ali Abdul-Razaq Akbar, who likely changed his name to “Ali Alexander” to help disassociate from his criminal past, dropped out of college in 20062 and over the course of November stole “five MP3 players, twenty CD’s, three camcorders, two DVD players, one back massager, one clock, four shirts, two belts and a piece of luggage” from someone he knew and was arrested and convicted for property theft in 200723.

Akbar would later blame the incident on him being “21 and stupid and a three-month drunk”, however, several months later in August he would go on to get convicted of credit card fraud and burglarizing a vehicle3.

In 2007, Akbar apparently put his experience with fraud to good use while he was working with the McCain campaign and was accused of “openly discuss[ing] ways to manipulate, rig, and otherwise ‘take’ an election”5.

Somehow despite the aforementioned incidents, the Republican Party embraced Akbar and made him a member of the Republican National Convention Floor Operations team in 2008 and contributor to the blog “Hip Hop Republican”2. That same year, Akbar became technology consultant to the America Liberty Alliance, a Tea Party website involved in monetizing other Tea Party sites, and eventually became the Chairman of its Board. Akbar collected non-deductible donations for the site even though it hadn’t applied for non-profit status6.

Akbar would run the same scheme years later in 2012, when he and his friends founded the National Bloggers Club, an organization whose goal they claimed was to “fund private reporting projects” and received startup funding from GOP mega-donor Foster Freiss. The Club was incorporated as a non-profit in Texas and collected donations without applying for the designation.

Akbar’s unscrupulous practices would lead to the organization’s downfall, mainly by grifting off of Andrew Brietbart’s name and subsequently getting exposed for his prior crimes, with many supporters not appreciative of Akbar soliciting their credit card information for donations while lying about his history of credit card fraud6 7. The State of Texas would later revoke Akbar’s business license in 2014 over the nonpayment of franchise taxes8.

During its brief active period, however, the National Bloggers Club was able to host events with GOP celebrities like Ted Cruz and James O’Keefe (and likely received its financial backing from Freiss) due to Akbar’s intimate association with Karl Rove24.

Akbar’s time grifting and running ops for the GOP brought him high up enough on the ladder to be Karl Rove’s personal boy lover by 2012. That year, a letter sent by Alabama attorney and former GOP operative-turned-whistleblower Dana Simpson to Obama campaign counsel Robert Bauer that exposed Akbar and Rove as lovers. While not mentioning Akbar by name, the letter described a colleague of Rove’s as “an ex-con who might be outed soon in a sex scandal” and “the new boy wonder and lover of Karl Rove”9. There’s also evidence of Akbar being active on grindr, a homosexual hook up app from 2010, describing himself as “smart, outgoing, bi[sexual]” and looking for a “chill bud”.

Akbar’s sexual preferences go beyond fat, old men, as there has been a plethora of evidence of Akbar’s perverse interest in young boys.

On his instagram page in 2012, Akbar posted several pictures of him seemingly bringing a 12 year old boy who he described as one of his “closest friends” out on a date to McDonalds, even making a joke about ice cream on the kid’s mouth not being another white liquid10.

While Akbar was still active with the National Bloggers Club, he managed and “mentored” 12 year old conservative e-celeb C.J. Pearson. Akbar’s toxic influence on and association with Pearson resulted in the latter being dropped by his talent management company. Additionally, conservative blogger Wayne Dupree wrote in a now deleted tweet aimed at Akbar: “definitely shocked by what you have done to a potentially untouched kid with dreams”12.

In 2019, prominent anti-pedophilia twitter account Open Secret posted screenshots of Akbar boasting of “having fun” with a 14-15 year old boy at an iHop who he described as his “best friend” and offering to fly him to meet in Florida11.

One day, during a periscope stream Akbar was confronted with the claim that he had been having sexual conversations with a 17 year old, to which Akbar replied “you can have whatever conservation you want with someone who’s 17”14, which is contrary to 18 U.S. Code § 2422, which forbids the interstate enticement to sex of anyone who is under the age of 1815.

When the Republican Party fractured in 2016 between the anti-Trump and pro-Trump factions, Akbar sided with the Trump faction, likely due to his homosexuality since Roger Stone, Alex Jones, and Trump himself were queer friendly and themselves no strangers to perversion 13. Regardless of his reasons, Akbar used his position in the Trump movement to prey on ambitious young men, offering positions in conservative media in exchange for sex acts, as was the case for Lance Videos, a teenage content creator who Akbar pestered for dick pics over social media16.

When he wasn’t preying on young men, Akbar was leading them to ruin through his efforts in organizing the disastrous January 6th Stop the Steal Rally. After Trump lost the 2020 Presidential Election, there was an effort by his most die-hard supporters to protest the election results that was branded “Stop the Steal”. Akbar used his political influence and strange bedfellows Republican representatives Gosar, Biggs, and Brooks to help organize Stop the Steal25.

Akbar organized rallies all across the country to rile up the conservative base and run his usual grift; Stop the Steal was never a tax-exempt organization and StopTheSteal.us’ donation page redirected to Akbar’s website with a list of ways to send him money, cryptocurrency, and buy items off of his amazon wishlist23. The Epik hack later revealed that Akbar had registered 57 websites relating to Stop the Steal17.

Despite organizing, being present for, and refusing to disavow the rally’s violence as he was watching it, Akbar has not faced any serious consequences for his part in Stop the Steal other than a subpoena in which he agreed to cooperate fully with the Justice Department. During this post-Jan 6 time period, Akbar pivoted away from politics and embraced a bizarre form of Christian nationalism and militant Catholicism along with his compatriots Andrew Torba, Nick Fuentes and Milo Yiannoupolus, which allowed him to claim that he was being persecuted for being a Christian while simultaneously calling for the abolishment of the “protestant church”18, along with using the Bible to justify all of his positions and actions.

Currently, Akbar is working with the Ye 2024 campaign, having replaced his fellow homosexual and rival Milo Yiannopolous, who has accused Akbar of pederasty on multiple occasions 13 19. Other than appearing as Ye’s backup during the Alex Jones interview, it doesn’t appear that Akbar is doing much with the campaign as Ye hasn’t been seen in public in weeks. In the meantime, Akbar has taken to streaming on Nicholas Fuentes’ Cozy.tv, becoming more deranged in each livestream; ranging from claiming that time travel is easy and he would use it to undo Kari Lake’s election loss21, to being a seer endowed with the gift of prophecy22, to being able to send a hurricane to punish Donald Trump for ghosting him “because God says so”22.

From petty criminal, to Republican operative, to alt-right e-celeb, Ali Akbar “Alexander” has been circling the drain for a long time. All of the information in this article is enough to torpedo his reputation for the remnant of his conservative and christian audience if the mainstream media would just report on the whole story instead of tunnel visioning on January 6, but they need to keep their rightwing boogeyman intact for their narrative, at the expense of the naive young men who might fall into Akbar’s web.