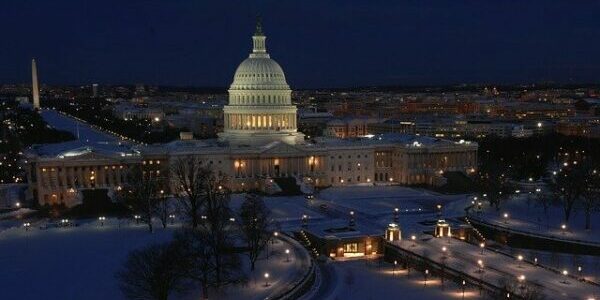 Will the Washington Idiots Bring the End of the Western World in 2022?

According to the World Bank, Russian GDP in 2020 in US dollars was $1.5 trillion. The annual budget of the US military/security complex is $1.0 trillion. Thus, the US military/security complex has a budget that is two-thirds of Russian GDP. Of course, the Americans waste most of the money. Nevertheless, the Kremlin understands that a budget two-thirds as large as their economy requires an enemy. And the enemy is Russia.

The Kremlin is saying, we will play the enemy game with you, but you must not mean it. To convince us that you don’t mean it, you must get off our doorstep. If you don’t, we will throw you off.

This is plain, direct language. It brings the problem directly to Washington where it belongs.

The Chinese president has already said China stands with Russia and that the relationship is “higher than a treaty.” Xi endorsed Putin’s security demand from the US and NATO. To remind the reader, it is a Russian demand, not a request.

As I said earlier, it is Washington that is trapped between a rock and a hard place.

Either Washington will not notice, in which case Russia will have to take Ukraine in an act of self-preservation and China will have the opportunity to take Taiwan while Washington is focused on Russia, or Washington will notice and give up the attempt to destabilize Russia and learn to live in peace without hegemonic ambition as our Founding Fathers intended.

If Washington miscalculates, it will be all over for the Western world, a stupid world that turned against its own unrivaled goodness and achievements. The West is so opposed to its “racist, colonialist” self that it cannot pose any meaningful resistance to such major powers as Russia and China. The US military is more incentivized to force its white troops to bow down to favored people of color called “preferred minorities,” that is, to peoples preferred over white American citizens, and to bow down to homosexuals, feminists, transgendered, and to accept tyrannical vaccination mandates that no free American would ever accept other than the brainwashed insouciant Americans incapable of thought.

White American troops are forced to take racial, gender, and sexual preference sensitivity training in which the white heterosexual male is demonized as racist, misogynist, homophobic, and transphobic. This strips white heterosexual males of authority as their exercise of authority is a display of the racist, sexist, etc., alleged behavior of white males. Such a military force is devoid of the will and ability to fight for its oppressor government. Such a demoralized force would not fare well against Russian and Chinese troops.

Listen to the white officer trying to rouse his troops: “Come on troops, we must fight the Russians and Chinese so we remain independent and you can sue your fellow white troops for restitution for their racist, misogynist, and gender wrongs.” What else can the officer appeal to?

There is nothing left of the West, destroyed by open borders and anti-white policies. The white ethnicities that formed the nations of the West have been demonized by their own governments. Nothing is left but Towers of Babel.

When Putin says, “we have nowhere left to retreat,” he is saying that Russia has done all she can to avoid war. Now the West must do something to avoid war. Washington must accept that other countries have interests and security concerns and respect those interests and concerns. Can Washington overcome its arrogance and hubris and be reasonable?

There are two likely outcomes. One is that Washington refuses to rule out NATO membership for Ukraine in some unspecified future time, but it will never happen. Arms flows into Ukraine will cease, and military maneuvers on Russia’s borders will slowly fade away. Ukraine would be instructed to mend its fences with Russia. I think Putin would let Washington save face in this way.

The other scenario is that Washington convinces the Kremlin that it doesn’t take Russia’s security concern seriously. The likely consequence would be a lightening takeover of Ukraine by Russia. Nato is incapable of invading, and Washington is not going to go nuclear over Ukraine, which is rightfully part of Russia anyway.

If Putin takes Ukraine, there will be more demonization of Russia in the West, but this serves Washington’s purpose. The “Russian threat” strengthens Washington’s hold on Europe and provides an excuse for more money for the US military/security complex. Indeed, this could be what the entire matter has been about from the beginning.

Russia’s purpose is also served. It demonstrates to all that loss of sovereignty is the price for threatening Russia’s security. Having witnessed the West’s inability to defend Ukraine, Romania and Poland would grow less receptive of American bases and weapon systems. European countries would in low key ways begin improving their relationships with Russia.

The Russians would be diplomatic and not lord their victory over Washington. American foreign policy would move from hegemony to cooperation. All that is needed is a bit of intelligence and reasonableness in Washington. But is it there?

The Kremlin expresses its success in obtaining a just released joint statement by China, France, Russia, UK, and US on January 3 that affirms that a nuclear war cannot be won and must never be fought. Israel, India, and Pakistan did not join the statement. https://www.rt.com/russia/545070-nuclear-arms-war-statement/

The world must hope that the Kremlin understands it is dealing with lunatics. Did Washington sign because it agrees or because Washington doesn’t want to be positioned as favoring nuclear war?

The Russian Foreign Ministry gives Russian diplomacy the credit for the statement, but the Russians should not be deceived by their accomplishment. Any government can pledge anything and never deliver on the promise–such as Washington’s agreement that NATO wouldn’t move one inch to the East.

The Russians should consider that the joint statement on the unacceptability of using nuclear weapons is inconsistent with US war doctrine.

Not quite 3 months ago the Congressional Research Service reviewed the position of first use of nuclear weapons in US war doctrine and described the policy as one of “calculated ambiguity:” “The United States has pledged to refrain from using nuclear weapons against most non-nuclear weapon states, but has neither ruled out their first use in all cases nor specified the circumstances under which it would use them.” https://sgp.fas.org/crs/nuke/IN10553.pdf

Consider the Korean War. Armies of the North crossed the 38th parallel and overran Seoul. The US intervened, but despite the US military’s victory in World War II 5 years previously and Korean War leadership of 5-star General MacArthur, conqueror of Japan, the US was hard pressed. To relieve the situation, MacArthur in a brilliant stroke, the consequences of which were not imagined, landed troops in North Korea at Inchon on September 15,1950. This strategic stroke reversed, for a few days, the course of the war and would have resulted in a US victory had not MacArthur’s success brought China into the war a couple of weeks later in October, 1950.

China a third world country in 1950 with a third world army pushed MacArthur’s army back down to the bottom of South Korea. Determined not to be defeated, MacArthur agitated for the use of nuclear weapons.

In those long ago days the US government had more sense than it has today, and MacArthur was removed from command.

Now with this background, consider Ukraine, long a constituent part of Russia. If as a result of Washington’s insouciance, Russia has to seize Ukraine for Russia’s self-protection, and a US/NATO force intervenes, the force will be easily defeated by the Russian military. The cry will go up for Washington to save its military reputation, as with MacArthur in Korea, by using nuclear weapons. Who is to say in advance which prevails: American military pride or common sense?

The obvious solution to the present crisis is to acknowledge Russia’s security concerns and accede to them. Pray that Washington is capable of this realization.