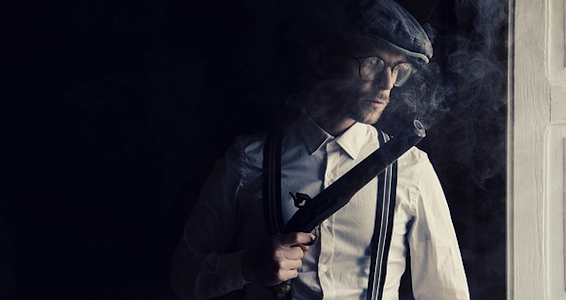 Will No One Stop American Gangsterism?

An accurate description of the US orchestrated event today at Venezuela’s border with Colombia was posted on The Saker’s website 3 days ago.

Most of the world sees this as “US gangsterism.”  But no one does anything about it.

John Wight asks:  “Does anybody really think that Donald Trump, Mike Pompeo, John Bolton, Elliott Abrams care one bit about the welfare of the Venezuelan people? These are thugs in tailored suits whose views are far closer to Al Capone than to Thomas Jefferson.”

President Maduro’s failure to arrest Juan Guaido, the puppet chosen by Washington to be the Empire’s front man in Venezuela, might spell the end of Venezuelan democracy.  The Venezuelan military will wonder why they are at risk when all Maduro has to do is to arrest Guaido, try the traitor, and execute him.

Chavez’s lack of decisive action against the elite enemies of Venezuelan democracy is now being repeated by Maduro.  This sends the signal of a lack of confidence, and it is this lack of confidence that has given birth to the American coup.

Maduro even made the mistake of allowing American and British media to be on the scene of the orchestrated “humanitarian aid” border crossing to make propaganda films against him.

Bolivia will be next.