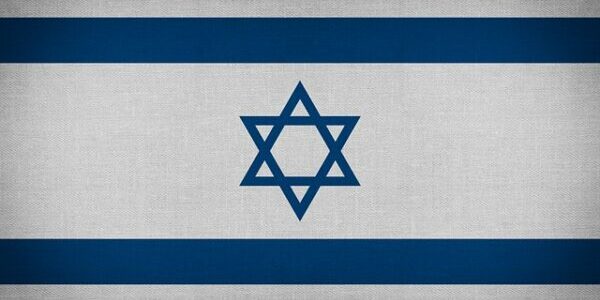 Will Israel Let Go Of Its Failed Covid Policy?

Col. Lawrence Wilkerson was Chief of Staff to the first black American Secretary of State,  Colin Powell, the one the corrupt warmonger Cheney/Bush Regime sent to the UN to lie about Saddam Hussian’s  “weapons of mass destruction”  and non-existent “al Qaeda connections.”  Powell was also the first black American who was Chairman of the Joint Chiefs of Staff. He appears to have been actually qualified and not just a quota hire.

Powell was an honest man and later denounced the Cheney/Bush regime and its  neoconservatives for sending him misinformed to the UN to lie.  Obviously, Powell a black American was raised better than the white George W. Bush and Richard Chaney and the  neoconservatives.

In this report from Mondoweis,  Col. Wilkerson says “Israel will be gone in 20 years. He says Israel is a cruel apartheid state whose Jewish population is a minuscule number compared to the Muslim population.  Wilkerson believes that the multi-cultural Western world will turn on Israel’s apartheid policy as it turned on South Africa’s. https://mondoweiss.net/2021/09/israel-will-be-gone-in-20-years-wilkerson/

As the mRNA vaccines do not protect but do cause widespread serious adverse reactions and deaths, the state of Israel will have wiped itself out long before 2041.  As the Covid case loads of fully vaccinated Israelis rises, the Israeli health minister is recommending a fourth shot of the dangerous Covid Vaccine.    It seems that Israel is brewing its own Holocaust.

What explain the Israeli blindness to the success of Ivermectin?  India has used Ivermectin to control Covid. In areas of Africa where Ivermectin is regularly taken as a preventative of River Blindness, Covid cases are few. The Tokyo Medical Association has recommended Ivermectin as the treatment for Covid.

Generally speaking my experience with Jews confirms that they are smart.  As Assistant Secretary of the US Treasury, my handpicked principle deputy was a Jew.  My favorite co-author in my challenges to US economic policy was a Jew. My most distinguished supporter in American economics was a Jew—Milton Friedman, a Nobel prize-winner.  My first book was dedicated to my Oxford professor, Michael Polanyi, a Jew. My closest career colleagues are Jews. Yet the “Anti-Defamation League” (a strange name for an organization that specializes in defamation) and Wikipedia say I am an “anti-semite.”

I am beginning to wonder if the Israeli government is anti-semite. Israelis are being kept on the dangerous Pfizer vaccine when the answer is clearly Ivermectin.  And this despite Israeli media acknowledging that the vaccine does not protect—https://www.paulcraigroberts.org/2021/09/27/scandinavian-governments-announce-covid-is-over-israel-announces-the-vaccine-doesnt-protect/

Published in HEALTH and WORLD