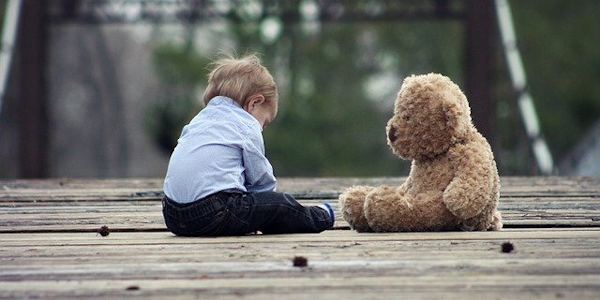 Why Do Some Lives Matter More Than Others?

I have already addressed the current display of government-manipulated hate and division taking place across America. I also brought a very pertinent and powerful message that addresses this subject from a Biblical perspective—a perspective that, sadly, even most pastors choose to ignore, and, by so doing, contribute to the ongoing division that is tearing our country asunder.

I urge readers to watch the message here.

But there are many examples of the way certain lives are valued while other lives are conveniently relegated to utter worthlessness. Certainly, the lives of unborn babies fit into this category.

Over 60 million unborn babies of every race have been mercilessly slaughtered in the wombs of their mothers. Why do those lives not matter? And before Christians get all sanctimonious about condemning everyone else for the abortion holocaust that has taken place over the past 47 years in this country, let’s not forget that over 40% of churchgoing “Christians” have sought and continue to seek an abortion. Somehow, being a Christian doesn’t seem to translate to a Biblical respect for human life nowadays, does it?

Speaking of Biblical respect, for over 3 years, Christians have been willing to completely overlook Donald Trump’s utter disrespect for all things sacred. They enthusiastically attached their Biblical “convictions” to the Trump bandwagon, knowing the man was the polar opposite of everything in which they purported to believe.

Well, we learned this week that that argument is a total crock.

Trump’s Supreme Court appointment, Neil Gorsuch (CFR), voted with the liberal wing of the Court to, for all intents and purposes, totally dismantle religious liberty in America. The ruling actually does much more damage than that—as if that’s not bad enough.

The Bostock decision will force churches, Christian schools and religious organizations to hire homosexuals, lesbians and transgenders. It will require schools to force boys and girls to use the same locker room and take showers together. It will require unisex bathrooms, etc. And this is just the tip of the iceberg. And Trump’s appointment Neil Gorsuch and G.W. Bush’s appointment John Roberts gave this draconian decision its majority.

After the horrific Supreme Court decision was rendered this past Monday, two prominent Christian attorney friends of mine rightly wrote:

We had Nixon Republican Blackmun with Roe, Reagan Republican Kennedy with Obergefell, and Trump Republican Gorsuch with Bostock.  It will be difficult to see how Trump can motivate his base to come out again so he can nominate judges and justices like Gorsuch.

I tried to warn readers about both Gorsuch and Brett Kavanaugh, but Christians all over America tried to shout me down and convince me how angelic these appointments were. In fact, Gorsuch and Kavanaugh are listed as the main reasons why Trump deserves to be re-elected. We were told to overlook Trump’s personal debauchery, duplicity, degeneracy and depravity due to the kind of Supreme Court justices he would appoint.

Needless to say: That argument crashed and burned last Monday.

Since December of 1947, the Israeli military, with the assistance of Great Britain and the United States, exacted an ethnic cleansing against the Palestinian people that took the lives of more than 5 million people and displaced over 2 million people from their homes. And that ethnic cleansing continues today—with the praise and support of Christians and conservatives all over America, I might add.

It’s hard to imagine, but Christians in the West are collaborating with antichrist oppressors in the East as they commit murder and ethnic cleansing—against Christians.

Make no mistake about it: The pillage, plunder, theft, torture, rape, murder, etc., that Israel has inflicted upon the Palestinians over the past 70+ years is a holocaust. How can Christians in America get all righteously indignant about the holocaust in Germany and show absolute callousness and indifference to the holocaust in Palestine?

Why do some lives matter more than others? If God is no respecter of persons, how can we be?

I’ll tell you one reason why this is happening: It’s because of almost a century of pervasive indoctrination of Christian Zionism within the Church. The teaching of John Darby and Cyrus Scofield and thousands of pastors, evangelists and Bible teachers—especially in the Baptist, Charismatic, Assemblies of God, Pentecostal and “Bible” churches—televangelists such as John Hagee, Kenneth Copeland, Franklin Graham, Robert Jeffress, John MacArthur and hundreds like them, scores of Christian schools and colleges such as Bob Jones University, Pensacola Christian College, Liberty University, Dallas Theological Seminary, Oral Roberts University, along with every Southern Baptist college and university and hundreds of evangelical radio broadcasts have saturated the hearts and minds of America’s Christians with the false doctrines of Christian Zionism.

Beyond that, virtually every comprehensive study Bible written in the 20th century was nothing more than a propaganda tool for Christian Zionism.

And at this point, I have a VERY EXCITING announcement to make.

For years, people who watch my online messages have been asking me to recommend a study Bible. This I was not able to do, because, as I said, every comprehensive study Bible I knew of taught the false doctrines of Christian Zionism. The only study Bible I knew of that was NOT Zionist-based was the Matthew Henry Study Bible. But for years this study Bible was not in mass production. And if you found one on, say, eBay, you’d pay close to $100 for it.

For over a year, I have been in negotiations with the publisher of the Matthew Henry Study Bible; and I am excited to announce that we are now a distributor of this fantastic study Bible.

The famous English evangelist, George Whitefield, who was one of the human agencies responsible for the Great Awakening in Colonial America, read Matthew Henry’s commentaries all the way through four times. The last time, he read it on his knees.

Right now, we are offering the Matthew Henry Study Bible (KJV) at a special introductory price.

If somehow the Church could extricate itself from the false doctrines of Christian Zionism, I truly believe God would restore both Liberty and Revival to our land. The Bible commentaries of Matthew Henry and other non-Zionist Bible scholars gave birth to the patriot pastors and preachers of Colonial America that brought a Great Awakening—and then a revival of Liberty to this country.

If you have been hungry for an exhaustive study Bible that does NOT promote the false doctrines of Christian Zionism, the Matthew Henry Study Bible is it.

Here is my short YouTube video announcing our distribution of the Matthew Henry Study Bible.

P.S. Please allow me to ask you for a personal favor. Right now, the daily newspaper where I live (Kalispell, Montana) is conducting its annual Best of the Flathead online poll. I am a top ten finalist in the poll of “Best Pastor.”

I am asking readers to help me by casting your online vote for me. Trust me; this has nothing to do with ego or anything of the sort. I have finished 3rd the last several years. The two largest churches in our area always finish 1st  & 2nd. They have large in-house congregations and large online followings. These churches are rabid Christian Zionist/Romans 13 ministries. They also supported the corona scamdemic lockdowns and volunteered to close their churches.

If you could help push me into the 1st or 2nd spot, it would send a LOUD message to the religious and political establishments that the Biblical Liberty messages we preach are growing in popularity around the country. It doesn’t matter where you live; you are eligible to vote. And remember, you can vote with each email address in your household.

As most of you know, the establishment religious organizations constantly try to marginalize those of us who stand for the historic Liberty principles of the Christian faith. And anyone who doesn’t bow down to Zionism is attacked unmercifully.

My courageous congregation and I are fighting for the historic Christian faith and for the Natural principles of Liberty upon which our country was built. A finish of 1st or 2nd would send a message that the establishment could not ignore.

Please help me by casting your vote here. And please ask your friends and family to cast their votes as well. Thank you very much.

And one more thing: This is the 2nd announcement that we are NOW shipping THE FREEDOM DOCUMENTS. These are the great historic documents of Liberty compiled in one book under one title. We print this book each June, and our supply is limited.

It is no hyperbole to say that if a person only had these two books, the Matthew Henry Study Bible and THE FREEDOM DOCUMENTS, they would have almost everything they needed regarding the principles of Liberty and the precepts of God’s Word in their hands.

And, again, thank you very much for voting for me in this very important online poll.

Published in CULTURE, FAITH, LIBERTY and US