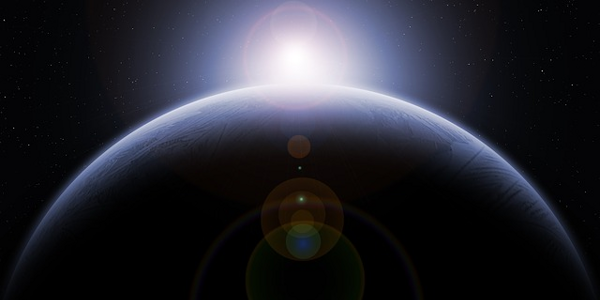 Who Should Pay for Space Exploration?

The touchdown of the Chinese lunar exploration craft has “opened up a new chapter in human lunar exploration,” said officials from the China National Space Administration. China is spending billions on its space program. There is even talk of a Chinese-crewed space station and a Chinese astronaut being sent to the moon.

“Who cares?” is the question I recently asked.

I don’t care, but evidently, some people do, as this response to my blog post demonstrates:

Once again, you’re showing a blind hostility to anyone exploring the Cosmos. There’s plenty of space out there for everyone-NASA, the European Space Agency, JAXA (Japan), the Russians-if they can get their act back together, the Chinese, and even the private sector (Boeing, Lockheed-Martin, Northrop-Grumman, Blue Origin, Virgin Galactic, even Space X). The only reason I’m upset about the Chinese mission is that it should have been a NASA one. Luddites like you fit in this saying that space buffs are fond of: “The meek can have the Earth: The rest of us are going to the stars.” You can stay here if you like…..

For the record: I am not hostile to anyone exploring the Cosmos, the Galaxy, planets, or the far reaches of space. I do think there’s plenty of space for everyone that wants to go. I disagree that the Chinese mission should have been a NASA mission. And I am no Luddite, although I confess a fondness for Microsoft Word 2000.

I think that landing a craft on either side of the moon or sending a man to the moon is a colossal waste of time, money, and effort—especially since it was already done in the 1960s. I think that Gus Grissom, Edward White, and Roger Chaffee died in vain. I think that most space exploration is an attempt to disprove Genesis 1:1.

But that’s just my opinion. You may disagree. And many of you probably do.

The supposed benefits to science, medicine, technology, and engineering that have resulted, and may yet result, from space exploration are not at issue (although I should point out that NASA has been incorrectly credited with inventing a host of things from Tang to Velcro).

The issue is simply this: Who should pay for space exploration?

It doesn’t matter if space exploration may someday result in the discovery of an endless supply of minerals or a cure for cancer. The question is still the same: Who should pay for space exploration?

Health care, food, clothing, housing, transportation—these things are all much more important than space exploration. If the federal government is going to pay for space exploration, then certainly it should pay for these essential things.

But, some would argue, only the federal government has the deep pockets necessary to fund space exploration. True, the federal government has deep pockets, but the pockets are not its own. They are the pockets on the pants, shirts, and coats of every American. I don’t know about you, but I don’t like my pocket picked. Let Americans who want space explored voluntarily pay for it out of their own pocket.

In the course of writing this article, I was notified that a new book has just been published that relates to the issue at hand. Written by engineer Peter Lothian Nelson and the Mises Institute’s Walter E. Block, Space Capitalism: How Humans will Colonize Planets, Moons, and Asteroids “compares and contrasts the motivations, morality, and effectiveness of space exploration when pursued by private entrepreneurs as opposed to government.” The authors “advocate market-driven, private initiatives to take the lead through competition for the exploration and exploitation of outer space.” They analyze space travel and colonization “through the prism of economic freedom and laissez-fairecapitalism.” Knowing Walter Block as I do, I think this book will be a resourceful answer to the question of who should pay for space exploration.

Published in LIBERTY, SCIENCE, TECH and US