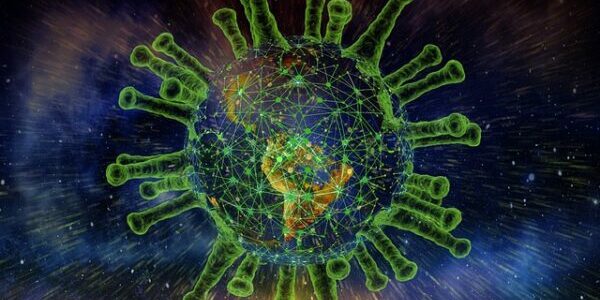 Dr. Soumya Swaminathan chief scientist for the World Health Organization, has been charged by the Mumbai-based association of lawyers of “running a disinformation campaign against Ivermectin by deliberate suppression of effectiveness of drug Ivermectin as a prophylaxis and for treatment of Covid-19, despite the existence of large amounts of clinical data compiled and presented by esteemedd, highly qualified, experienced medical doctors and scientists.”

Are public health bureaucrats trustworthy, or are they on the take from Big Pharma?  Why do they suppress the evidence of known cures and instead push dangerous and deadly vaccines?

There is no doubt that Ivermectin and HCQ are safe and effective both as cures and as preventatives.  Recently, I posted links to the 305 studies of HCQ’s effectiveness and the 96 studies of Ivermectin’s studies. https://www.paulcraigroberts.org/2021/06/10/when-will-the-mass-murder-by-public-health-authorities-and-health-care-providers-cease/

The question that is evaded by “public health authorities,” the Big Pharma indoctrinated majority of the medical profession, and the presstitute media is why were the known treatments suppressed?

There are two obvious answers, neither reassuring.

One is that it was done for the vaccine profits of Big Pharma, profits that were used to make 9 new billionaires while the rest of us experience exploding food prices.

The other, more disturbing, is that it was done to maximize deaths and use fear to drive people to take an experimental, untested, vaccine.  Why?  Is the intent population control? Evidence is mounting that the vaccine attacks female fertility. https://childrenshealthdefense.org/defender/covid-vaccine-spike-protein-travels-from-injection-site-organ-damage/

We know exaggerated Covid case numbers and death rates are being used to erase civil liberties and justify coercion of people forcing them to accept a dangerous and often deadly vaccination. https://www.paulcraigroberts.org/2021/06/11/coercion-is-used-to-force-a-dangerous-vaccination/

What is most disturbing is that despite the clear evidence that the Covid threat is greatly overstated and that cures are readily available, governments and public health authorities are pushing harder than ever to vaccinate everyone despite the evidence that the vaccine is more dangerous to many than Covid itself.  The Pakistani government, if government it is, promises to disable people’s iPhones if they refuse to be vaccinated.

Some California health authorities are demanding mandatory vaccinations of everyone in the state.

What we can safely conclude is that we should not believe any official explanation, any public health authority, any government, and most certainly not believe the pressitutes such as the New York Times, Washington Post, NPR, CNN, MSNBC, BBC.

The proof is in: For many age groups the Covid vaccine is more dangerous than Covid. https://www.paulcraigroberts.org/2021/06/09/for-most-people-the-covid-vaccines-are-more-deadly-than-covid/

The fact that you have not should tell you something.