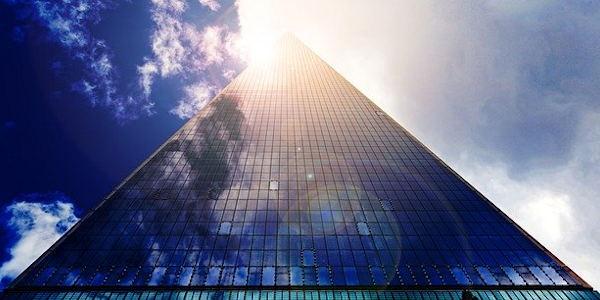 To be sympathetic with one’s declared enemies is an act of suicide. White liberals, even those in authority in cities being looted and burned, are certainly sympathetic with the enemies of law and order.  The white liberals’ sympathy won’t earn them any brownie points.  Identity Politics and Antifa do not differentiate between white people.  They have pulled down both Lee’s statue and Grant’s statue.  All whites are victimizers and all whites are racist.  The condemnations include liberals.

He describes the violence and its massive damage that is misrepresented by the media as “peaceful protests.”  He reports that the media is lying for the purpose of associating President Trump with opposition to peaceful protests.  You should keep this in mind when you subscribe to the newspapers and watch the TV programs of the presstitutes who lie to you.

Whitney also says that the largely white Antifa and Black Lives Matter organizations (funded by white liberal foundations and corporations) are effective Bolshevik-type entities with a goal of revolutionary overthrow.  Whether this is so or not, it is the case that power expands in a vacuum.  The vacuum is provided by Democrat city and state governments that believe, like their media allies, that the “peaceful protests” will work against Trump’s reelection. To keep the looting and rioting alive, Democrats have maintained police stand-downs, and these stand-downs have humiliated and demoralized the police.

Whitney believes that this can get out of hand. It can, but perhaps only in cities controlled by white liberals.

The question is whether Democrats can actually benefit from going into an election on the heels of looting and rioting in so many cities.  It is possible that the white liberals who elected the Democrats who are enabling their own cities to be burned and looted see the violence as “justice.”  But the presstitutes are taking no chance and are committed to misrepresenting the violence as peaceful protests.  This works with white liberals, but from the reports of exploding firearm and ammunition sales, not many Americans believe the media.  They see the extraordinary breakdown in law and order and are arming to protect themselves.

If Trump is reelected, he will have to take dramatic action against the sedition enabled by the Democrats and media, and he is going to have to act against the Republican establishment that has worked with Democrats to undermine him and his agenda.  If he doesn’t there will be more of the same.

If Biden is elected, the establishment Democrats are likely to be swept away by the left which now has the bit between its teeth.  White citizens in cities will lose police protection. As white people are unorganized, and Antifa is organized, white American citizens including the white liberals, will come off worse.