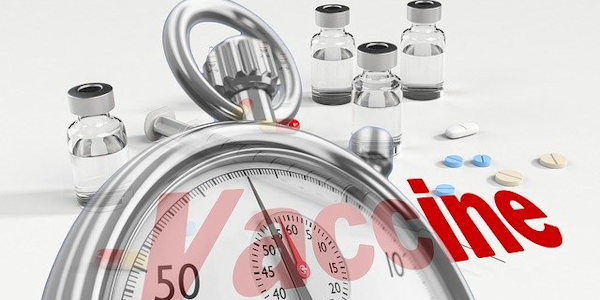 Where Is #MeToo when All of Us Are About to Be Raped by Forced Vaccination?

The United States and the Western World fared poorly in responding to Covid for two main reasons.  One reason is Big Pharma and associated public health organizations such as NIH saw big profits in the virus.  The response to the virus was not to protect public health but to create a mass market for a profitable vaccine.

The other reason is that liability and sanctions have stopped most doctors from thinking on their own when the safest course is to follow officially approved treatments.  Those few who did think discovered that the combination of HCQ/azithromycin/zinc dramatically reduced the death rate and severity of the virus.  To keep this information under wraps, Big Pharma called on medical researchers funded with Big Pharma grants to produce studies that found the cheap cure to be ineffectual and life-threatening.  Two prestigeous medical journals, The Lancet and the New England Journal of Medicine, were deceived by these falsified studies and had to retract them.  Big Pharma drew on its assets at NIH, CDC, WHO, and FDA to put pressure on state medical boards and associations to prohibit the successful HCQ treatment.  In the US state governors issued orders forbidding the treatment of Covid with HCQ.  Pharmacists were prohibited from filling prescriptions of the only known cure.  The epidemic raged on, and deaths mounted, creating a desperate hope and demand for a vaccine, even an untested one.

Allegedly, HCQ was banned because, although safely used for 65 years, it had not been tested as a Covid treatment, but normal test requirements for Big Pharma’s vaccine were waived in the hopes of getting the vaccine to market before the virus went away.

Now that the virus seems to have peaked, the head of Virginia’s Department of Health, Dr. Norman Oliver,  announced that he will require all residents of the state to be vaccinated with the vaccine whenever it becomes available. Big Pharma will put the same pressure on health commissioners in every state. Each will hope to be rewarded with a Big Pharma executive job with a million dollar salary.

In other words, Big Pharma is going to be guaranteed its profits whether or not the vaccine is needed and whether or not it works or simply makes infections worse as some experts expect.

Big Pharma lobbied a law through the Virginia legislature that gives the health commissioner authority to mandate mass immunization by declaring a public health crisis.  Dr. Oliver says that Covid is killing people now” and “we don’t have a treatment for it.”  With a vaccine, “we will save hundreds and hundreds of lives.”

One would think that the scandal of such a transparently obvious blocking of a successful Covid treatment by Big Pharma and the medical establishment it influences/controls would would be the top news story, resulting in investigations and indictments for conspiracy to murder as large numbers of people have died from being denied a proven cure and large numbers of others have been left with permanent health impairments.  Yet the medical establishment is still in place ready to forcibly inject everyone of us with an untested vaccine that probably will do more harm than good.  Big Pharma’s agent Faucci is still heading up NIH and still setting up President Trump for blame for coronavirus.

This can only happen in a country in which there is no honest media, no pharmaceutical industry with integrity, few doctors with backbone, and no elected public officials who can do without Big Pharma’s political campaign contributions.

Of all the things wrong in America, “systemic racism” is the least of them.  Yet it is all the media can talk about.

There is no difference between forced vaccination and rape.  In both cases a foreign body is inserted in another’s body to serve the agenda of the rapist.  Under the Constitution forced vaccination is a violation of our rights.  But fearful people don’t think about their rights.  They allowed Washington to use the “Muslim terror threat” to snatch away due process and privacy protections. The same cowed and fearful Americans will let the “Corona threat” be used to inject them with an untested and unproven vaccine.

In America, power and profit are the only values, and fear is used to maximize them. It seems the bulk of the population never catches on.

Addendum:  A reader makes an interesting point.  Abortion is based on the claim that a woman has the right to control their own body.  How is it then that when it comes to mandatory vaccination, women lose this right?