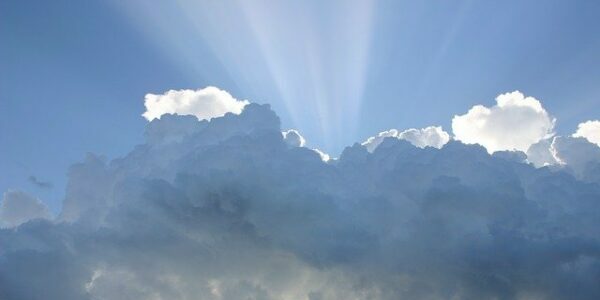 When Will Christians Again Make Their Appeal To Heaven?

The motto “An Appeal To Heaven” comes from the writings of Natural Law philosopher John Locke (1632 – 1704). Besides the Books of the Holy Bible, the writings of John Locke were more influential upon America’s Founding Fathers than any other writer. Other Natural Law philosophers that also greatly influenced our founders were “The Father of Natural Law Philosophers,” Hugo Grotius (1583 – 1645), Samuel Von Pufendorf (1632 – 1694), Charles Secondat De Montesquieu (1689 – 1755) and Emer de Vattel (1714 – 1767).

In Locke’s Second Treatise of Government, he wrote:

To avoid this state of war (wherein there is no appeal but to Heaven, and wherein every the least difference is apt to end, where there is no authority to decide between the contenders) is one great reason of men’s putting themselves into society and quitting the state of nature, for where there is an authority—a power on earth—from which relief can be had by appeal, there the continuance of the state of war is excluded and the controversy is decided by that power. Had there been any such court—any superior jurisdiction on earth—to determine the right between Jephthah and the Ammonites, they had never come to a state of war, but we see he was forced to appeal to Heaven. The Lord the Judge (says he) he judge this day between the children of Israel and the children of Ammon, Judg. xi. 27.

Locke’s words were the inspiration for the Pinetree Flag, with its motto, “An Appeal To Heaven.”

Unlike post 19th Century America, Colonial America was very familiar with the principles of God’s Natural Laws. Those laws were the catalyst for our War for Independence, our Declaration of Independence and our Bill of Rights.

Locke went on to write:

He that appeals to Heaven must be sure he has right on his side; and a right too that is worth the trouble and cost of the appeal as he will answer at a tribunal that cannot be deceived [God’s judgment throne] and will be sure to retribute to every one according to the mischiefs he hath created to his fellow subjects; that is, any part of mankind.

I urge readers to obtain and watch my DVD message entitled The Right Of Revolution As Justified In Natural And Revealed Law.

In this message, I use the Sacred Text and notable Natural Law scholars such as John Locke and Samuel Von Pufendorf to clearly and unmistakably show the right course as to when resistance to authority is justified—and when it is NOT justified. This message contains a thorough discussion of the three-fold Law of Conscience, our four-fold duty to God and man and the responsibility of pastors to teach Christian people the right and wrong of resistance. I truly believe this is the essential truth with which all freedom-loving patriots must be familiar.

Plus, I carry Locke’s Second Treatise of Government here.

I submit that the subject of this column is at the heart of what most Christian conservatives are currently doing WRONG. They are NOT appealing to Heaven; they are NOT submissive to the mind and will of God as it relates to government and law; and they are NOT behaving in a manner that God can bless—at least not nationally.

For the past four years, most Christians made the battle all about Donald Trump. It wasn’t about the Constitution, the Bill of Rights, God’s Natural Law, the Law of Nations or any other sacred principle. It was ALL about Trump.

If Christians would get as energized about God’s Natural principles regarding nations, governments, Liberty, law, etc., as they do about Donald Trump, they might be able to receive God’s approbation for their efforts. As it is, God remains deaf to our cries.

Let’s be honest with ourselves: From the very beginning, Donald Trump appealed to our base nature. Everything about Trump exuded vulgarity, narcissism, immorality, pride, greed, criminality and blasphemy. To even think that Christians would use terms such as “chosen one,” anointed,” “Christian,” “second John the Baptist,” etc., to describe Trump reveals that Christians themselves have fallen into a base state—in mind and morals.

This is not to suggest that presidents (of both parties) before Trump were any less base; but Donald Trump is the first one to flaunt a gutter/bully image and receive the wholehearted support, adoration and, dare I even say, worship of CHRISTIANS.

Now, the recent protest march by Trump supporters on the Capitol Building in Washington, D.C., was totally justified under both Natural Law and the laws of our Constitution to peacefully assemble and redress government. But the storming of our Capitol Building—that resulted in the deaths of five Americans—was lawless and despicable. There is absolutely no justification for such conduct. NONE!

Without a doubt, there were agent provocateurs present at that protest. The Liberty movement is awash with agent provocateurs. They are found among conservative Internet bloggers, militia groups, radio talk show hosts and group organizers. They are professional agitators whose sole mission is to provoke well-meaning but weak-minded activists to resort to violence in order to give the totalitarians in government the excuse to attack—and eventually destroy—our God-given and constitutionally protected liberties.

Some of these agitators work among left-wing groups, while others work among right-wing groups. But it is the totalitarians in government for whom these agitators are really working. And the Trump supporters who recklessly and lawlessly stormed into the Capitol Building made it easy for the totalitarians to use those stupid acts of aggression to come against everyone who is lawfully and peacefully fighting for our liberties and Constitution.

But, again, Donald Trump appeals to the base passions of man. He appeals to men’s anger and hatred.

There is one more part of this story that I cannot ignore. Our federal government, news media and Big Tech monopolies have been using discord, hatred, racism, religious prejudice, etc., to inflict violence, upheaval, war and regime change in countries all over the world for decades. Now they are using those same machinations in America.

Now the same mainstream media that slavishly followed the State Department line in denouncing elections elsewhere as “rigged” and color revolutions as spontaneous democracy are clutching their pearls when Americans who believe their election was stolen take to the streets and storm their Capitol.

Ah, but this election wasn’t stolen, they’d say – it was pure as driven snow, “most secure ever,” all the experts who told us for four years the previous one was “hacked by Russia” tell us so! And Joe Biden won the most votes in history while hardly leaving his basement. Whether you believe this official narrative about the US election or not doesn’t really matter, however. Partisan myopia simply won’t let people understand the magnitude of what is on display here: utter moral bankruptcy of the entire US political and media establishment.

Republicans and Democrats alike used “color revolutions” as a political weapon for years, preaching democracy even as their astroturfed coups snuffed out any vestiges of it that might have developed organically. Over the past year, they’ve done so at home as well, using Covid-19 lockdowns to abolish elementary constitutional rights, culminating with changing the electoral rules to better serve “our democracy,” defined as whatever gets them power.

What did they think people would do when all avenues of airing their grievances were closed off? Meekly submit – or take a page out of the same playbook the politicians and the media spent 20 years celebrating?

Perhaps the US ought to take a long, hard look at its own house before it continues calling out, sanctioning, regime-changing or bombing other countries over their supposed lack of “democracy.”

And, remember, Donald Trump dropped more bombs and inflicted more pain and injury on more innocent people per year of his presidency than either Barack Obama or G.W. Bush.

Regarding the election being stolen, I’ll just say this: We all know that there is a certain amount of corruption in every election. I remember my friend Howard Phillips telling me about the corruption in Boston politics (within both parties) when he was a Republican committeeman back in the ’70s. Was there sufficient duplicity in this past election to change the outcome? I truly do not know. I don’t know if any major election is an honest election—especially those where paper ballots are absent.

What I do know, however, is that for the last four years, Christians have insisted that Trump was put in office by God. Okay, Christian, let’s be consistent. If God put Trump in office in 2016 and wanted to keep Trump in office in 2020, all of the duplicities of man could not have stopped God from putting Trump back in office. You said God was greater than corrupt men in 2016. Are you now saying corrupt men are greater than God in 2020?

Christians made their appeal to a depraved man to save them. Some of them continue to believe that there is no national salvation apart from Trump. Their flag says, “An Appeal To Donald Trump.” But as with all idols, Trump has no eyes to see and no ears to hear.

Christians need to again raise the standard that says, “An Appeal To Heaven.”

Then again, with Joe Biden returning to the White House, Christians might once again awaken to the principles of Liberty and constitutional government. They tend to do that when Democrats are in charge. If they acted the same way when Republicans are in office, we would not even be having this discussion.

P.S. I just released a new DVD entitled Why A Third Jewish Temple Will NOT Be Rebuilt And How Supporting One Serves Antichrist.

Evangelical Christians all over America have bought into the false prophecy doctrines of Christian Zionism popularized by The Scofield Reference Bible. Part of this false doctrine is that a third Jewish temple must be rebuilt in order to pave the way for the return of Christ.

However, the Bible does NOT predict the construction of a third Jewish temple. And in this address, I show from Scripture that a third Jewish temple will NOT be built. I further show that any attempt to build a third temple is contrary to everything taught us in the New Covenant and only furthers the work of antichrist.

Be sure to watch this DVD.

Published in CULTURE, FAITH and US