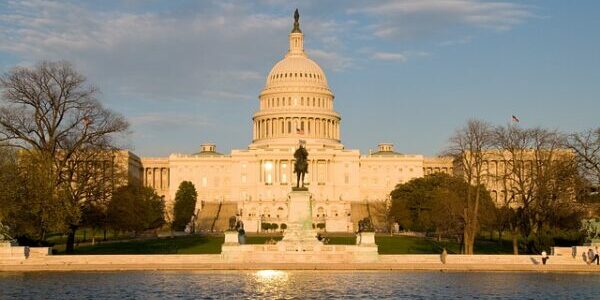 What Is Washington Up To?

Update: “The Chairman of the State Duma  said that the issue of official recognition by Russia of the Donbass republics will be considered on Feb 14.”  I fear the Russians have waited too long. They should have done this years ago.

Update:  While I was writing this, Biden’s National Security Advisor Jake Sullivan was on MSNBC from the White House warning that a Russian false flag operation was about to begin and Americans had 24 hours to leave Ukraine.

It seems that the Russians are mere babes in the woods.  Here is Shogu admitting that Russia has no idea why the rising tensions:  “We do not entirely and not always understand the reasons behind the escalation of those tensions.”

Obviously, the Kremlin hasn’t caught on that they are up against Satanic evil.  With a false flag about to be launched on them at any moment, they still think talks can reduce the tensions.

It appears that my column this morning and an earlier one is incorrect when I say there is no Ukrainian crisis.  What I meant is that there is no real crisis.  But there is a Washington-orchestrated crisis that will be made real by a Washington false flag event and endless propaganda from the Western media.

Washington continues to hype the claim that Russia is going to invade Ukraine.  Yesterday Biden warned American citizens to leave Ukraine now, because he will not send US soldiers to rescue them and escort them out of Ukraine once the hostilities begin. He said that sending US troops to Ukraine could lead to a world war.

As Biden admits Washington’s inability to protect Americans in Ukraine, what explains Washington’s sustained all-out-effort to ignite a Ukrainian conflict?  How does all the propaganda, fear-mongering,  accusations, and weapon shipments help to calm a situation that Washington says is dangerous?  Why are there no American peace efforts?  If Washington really believes its own propaganda, why doesn’t Washington defuse the situation by agreeing not to bring Ukraine into NATO?  Does the White House Fool really think that having Ukraine as a NATO member at some future time is more important than avoiding a war that could spread beyond Ukraine?  Are America’s foreign policymakers really this utterly stupid?

Why is Washington sending send tiny numbers of US soldiers to countries that cannot be defended should Russia decide to attack?  What good are 1,000 US soldiers in Romania, !,000 in Poland?  They would be unable to even defend themselves.  What is the point of sending four antique B-52 nuclear bombers to England?  Such aircraft would be blown out of the sky long before they reached Russia’s border.  Why doesn’t Biden send a regiment of soldiers armed with 18th century muskets?

There is no deterrent effect whatsoever in the 8,500 US and 5,000 French soldiers Biden said would be deployed in Europe by spring.  Spring is still a distance away, so if the Russian attack is “imminent,” why deploy a handful of troops after an attack?  Why deploy them prior to an attack when the 13,500 American and French troops are completely useless against a 900,000 Russian army?  The purpose of these token deployments of soldiers and ancient aircraft is to create the impression that an attack is about to happen.  As it is Washington that is creating all the propaganda, it must be Washington that is behind the false flag attack.

The British prime minister declares that “the Ukraine crisis” is reaching its “most dangerous moment.”  How does he know?  What does he base his claim on, CNN headlines?  Or is he aware that a CIA/neo-Nazi false flag event is in the works on the Ukrainian border with the Donbass republics?

Washington has officially predicted a Russian false flag attack to be used as excuse for a Russian invasion, which means that Washington is arranging a false flag event that the whore Western media knows must be blamed on Russia.

But why?  What is the purpose?  One purpose is to pull Russian military forces into defending the Donbass Russians.  An intervention, branded a “Russian invasion,” will be used to prove that there is a “Russian threat” and provides an excuse for Washington to force Europe off Russian natural gas and substitute expensive liquified natural gas from the US. This keeps Europe under Washington’s thumb while enriching the US energy industry.

Washington is convinced that Russia will intervene. The Kremlin faces domestic criticism for refusing to comply with the wishes of the Donbass republics to be reincorporated into Russia like Crimea.  These are Russian territories that Soviet governments stuck into the Soviet province of Ukraine as an offset to Ukrainian nationalists.  For seven years the Donbass Russians have been shelled by Ukrainian neo-Nazi forces.  Thousands of Russians have been killed. The Kremlin has provided weapons to the Donbass republics, but has not stopped the attacks on them.

It was a strategic blunder for the Kremlin to refuse the vote of the Donbass Russians to again be part of Russia. I don’t know why the Kremlin made such a blunder, which has resulted in the current situation that a false flag event could explode.  One possible explanation is that the Kremlin wants Russians in Ukraine for the same reason Soviet governments did, as an offset to nationalist extremism.  Another possible explanation is that the Kremlin, already suffering accusations over Crimea of putting the Soviet Empire back together, did not want to aid the propaganda by accepting the pleas of more Russians to be put back in Russia where they belong.  Another possible reason is that the Kremlin naively believed that there was a diplomatic solution such as the Minsk Agreement in which the Kremlin wasted much effort and time.

Why did the Kremlin fail to understand that by refusing the Donbass Russians’ request the Kremlin had created a situation that Washington could exploit?

After suffering years of provocations and demonizations, with their President compared to Hitler, with US missile bases established on their borders, what explains the Kremlin’s gullible belief in negotiations?

Russia is in trouble because she leaves the initiative with the West.  The only time Russia took the initiative was successful.  Russia prevented Washington’s overthrow of Syria.

Why doesn’t Russia seize the initiative in Ukraine?  Is it because the Kremlin is afraid of being blamed?  The Kremlin should know by now that whatever happens regardless of fact will be blamed on Russia.  The Western media is never going to tell the truth.  Has the Kremlin already forgotten what the Western media did to US President Donald Trump?

In an interview Sergey Evgenievich, director of the Russian Foreign Intelligence Service, said the situation is serious because neither the Ukrainian president, Zelensky, nor the Ukrainian parliament (the Rada) are able to make independent decisions.   Both are having to “dutifully follow the lead of nationalists and Western mentors, and both are very actively pushing the head of state Volodymyr Zelensky to finally abandon the Minsk agreements and unleash hostilities in the Donbass.”  In other words, there is no one with whom the Kremlin can negotiate.

The Russian intelligence chief said that Russia has prepared no invasion and that the Ukrainian minister of defense himself said any such threat was “minimal,” but the defense minister was contradicted by White House spokeswoman Jen Psaki.  The problem is that Ukrainian “preparations are in full swing, they cannot be hidden. All combat-ready units of the Armed Forces of Ukraine are concentrated on the border with Donbass. There is a massive transfer of hundreds of tons of military equipment and ammunition from US bases in Europe, from Great Britain, Canada. The contingent of advisers and instructors from the NATO special forces is being increased. There is even information about the emergence of multinational units of jihadist militants.

“Provocations by the SBU and the Armed Forces of Ukraine are being prepared on the demarcation line in Donbass and their documentation in the style of fake white helmets in Syria. The contingent of the ‘rapid deployment propaganda forces’ of the Western media there has been increased many times over.”  (source: https://www.mk.ru/politics/2022/02/10/glava-svr-sergey-naryshkin-razvedka-rabotaet-na-mir.html Google will translate it for you)

It appears that my column this morning and an earlier one are incorrect where I say there is no Ukrainian crisis.  What I mean is that there is no real crisis, but there is a crisis orchestrated by Washington and presented by the media as real.  The confirmation of its reality will be a false flag event that will ignite conflict that will be blamed on Russia.

What can Russia do?  I hope the Kremlin doesn’t think it can rely on facts to evade responsibility.  Facts did not count in the Malaysian airliner incident, and they won’t count in Ukraine.  There are no Western media and no Western governments interested in facts.

It makes no sense for the Kremlin to leave the initiative in the hands of the CIA. The Kremlin could announce that enormous Ukrainian forces have been assembled on the Donbass borders where they await a false flag attack to begin hostilities.  To prevent the unfolding of this plot against Donbass and against Russia, the Kremlin could issue an ultimatum that the Ukrainian forces be immediately withdrawn or they will be destroyed.  If the Kremlin enters pointless negotiations and gives too much time for the removal of the forces, the CIA and neo-Nazis will have time to pull off the false flag event.  If the Ukrainian forces are not immediately withdrawn, Russia can destroy them or disrupt their ability to fight with conventional missiles without without risking a single Russian life.

The latest word planted in the prestitute media is that next week Russia will launch a “horrific, bloody campaign that begins with two days of bombardment and electronic warfare, followed by an invasion, with the possible goal of regime change.”   If the Kremlin wishes to squash a plot that could end up in world war, the Kremlin must step up to the plate and seize the initiative.

All of this could have been avoided if years ago the Kremlin had heeded the pleas of the Donbass Russians and reincorporated their homelands back into Russia.