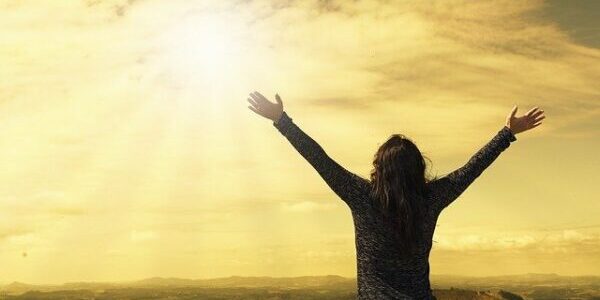 On January 23 I reviewed on this website Kees Van Der Pijl’s new book, States of Emergency https://www.paulcraigroberts.org/2022/01/23/the-covid-deception-is-a-power-grab/ . Van Der Pijl answers the question so many people have of why and how a fake “deadly pandemic” was orchestrated with worldwide participation in the fraud. He shows that the event was long in the making by a global elite consisting of philanthropists such as Bill Gates, the Rockefeller Foundation and the Wellcome Trust, elite organizations such as the World Economic Forum, tech companies and multi-billionaire owners, Fauci at NIH, CDC, FDA, WHO, pharmaceutical companies and lobbyists, and elite organizations and groups created for the purpose of concentrating power and advancing and protecting the global elites’ rule by using fear to condition the masses to being controlled and deprived of a voice and alternative explanations. I had been thinking along these lines, but lacked Van Der Pijl’s detailed knowledge of the personalities, organizations and groups and the interactions and cooperation between them. He gives us the story. It was an elaborate exercise in massive deception and censorship that was able to discredit the world’s most renowned medical scientists and to elevate pure fiction to fact and public policy.

We owe it to ourselves to read States of Emergency in order to come to terms with the fact that we are ruled by people devoid of integrity to whom truth is an inconvenience and who are concerned solely with their control and power.

We need to read the book also to understand how things really work, how decisions are really made, how careers are made and ended by whether or not you serve the narrative and how well, how regulatory agencies such as FDA, NIH, CDC, WHO are in fact marketing departments for Big Pharma, how politicians’ positions are dictated by the sources of their campaign funds, why universities and the media must function as Ministries of Propaganda for the ruling elites and their narratives, how Fauci and Big Pharma control content in medical journals via grants to medical researchers. Van Der Pijl writes that pharmaceutical industry research grants make the industry the co-author of many articles and that more than half of all The Lancet‘s revenues come from pharmaceutical companies orders of reprints of articles supportive of their products. Van Der Pijl writes “According to the former editor of The New England Journal of Medicine, who had 20 years of experience, it is simply no longer possible to believe much of the published clinical research.”

The gullible, patriotic American who reads this book will have his eyes opened and become a new person. Van Der Pijl has written the book that can save Americans from their insouciance.

In October 2019 just prior to unleashing the “pandemic” on the world, what was about to happen was first tested in a simulation. The participants were: the Bloomberg-financed Johns Hopkins Center for Health Security, the Gates Foundation, the World Economic Forum, the CDC, the (American trained) head of the Chinese health authority, a former deputy director of the CIA, Johnson & Johnson, Pfizer, and so on.

The participants were primarily concerned with protecting the planned deception from being exposed. They relied on social media and the presstitutes to control the narrative and censor the truth. They considered whether to close the Internet altogether, but were assured that Twitter, Facebook, YouTube, and Google would only allow news in keeping with the narrative and flood the Internet with information that confirms the narrative while discrediting and blocking the truth. Admiral Stephen Redd of the US Public Health Service thought that people on social media with “negative beliefs,” that is, those who took issue with the narrative, should be tracked down by intelligence services. Singapore’s finance minister said dissidents should be arrested and brought to justice. The head of the Chinese health authority worried that suspicion might arise that the virus originated in a laboratory. Johnson & Johnson wondered if the deaths and injuries in the vaccine trials should be suppressed in order to prevent public suspicion of the poorly tested vaccine.

The participants claim they were just playing a germ game, but the simulation ensured that all was in place to control the explanation prior to the release of the “pandemic.”

The research basis of Van Der Pijl’s book is massive and the information earth-shattering. I intend to return to this book in future articles. But don’t wait on me. Buy the book and read it once, twice, three times. Civil liberty in the US cannot survive if people are too lazy to inform themselves.

When the US government ceased meaningful regulation on the basis of Alan Greenspan’s assertion that “markets are self-regulating” and ceased to enforce its anti-trust laws, massive economic concentration resulted, producing individuals whose wealth greatly exceeded the budgets of public health agencies and even some countries. This gave single individuals enormous power over governments. Van Der Pijl writes that from 2004 onwards, just the annual health grants of the Gates Foundation alone exceeded the annual budget of the World Health Organization. Gates Foundation directors are executives from Merck, GlaxoSmithKline, Novartis, Bayer Health Care Services, companies whose stocks are owned by the Gates Foundation. This is just a tiny indication of the power that wealth concentration has given a handful of individuals over government policy.

Van Der Pijl believes that the elite’s use of an orchestrated “pandemic” to solidify their control was too ambitious and has failed. What his optimism overlooks is the possibility that another more dangerous virus will be set upon us and the fear created will sap all resistance. The Covid attempt almost succeeded, especially in Australia, Canada, Austria, Italy, and Germany. In the US it was blocked by the judiciary and by governors such as Florida’s Ron DeSantis. A second run at the unorganized and uninformed peoples of the world could succeed.

Is this an indication that a more deadly coronavirus is about to be released, one for which all treatments have been banned? https://www.paulcraigroberts.org/2022/01/28/how-evil-do-you-have-to-be-to-suddenly-pull-treatment-from-ailing-florida-covid-patients/

Published in LIBERTY, US and WORLD