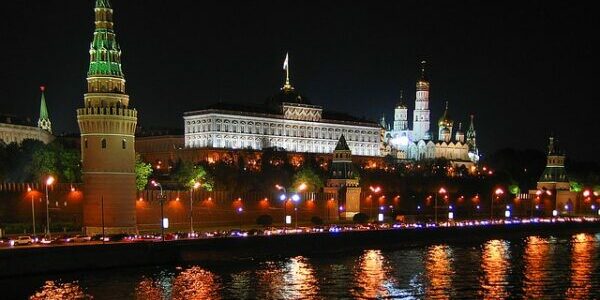 As expected, Washington and its NATO arm have rejected the Kremlin’s joint security proposal, preferring dire consequences to peace. By rejecting the Kremlin’s proposal, Washington and the Europeans have told the Kremlin that Washington intends to continue its aggressive policy of placing NATO and US missile bases on Russia’s borders and arming Ukraine for attack on Donbass. The rejection also tells Moscow that Ukraine and Georgia, formerly constituent parts of Russia broken off during the period of Russian weakness following the collapse of the Soviet government, remain candidates for NATO Membership despite the Kremlin’s statement that Russia will permit no such membership.

Vladmir Vasilyev, the parliamentary leader of the ruling Russian party said: “We have waited a long time for a reasonable decision to prevail in Washington, but this is not happening. We only hear about sanctions, and about weapons being sent into the conflict zone. We cannot accept this.” The Americans “are pumping up Ukraine with missile systems, grenade launchers, and other supplies.There are also instructors there to train them how to use this equipment. This is a great danger. It is preparation for military action, and nothing else. Military action against the peaceful population that lives there.”

The Russophobic neoconservatives who dominate US foreign policy controlled the decision and got what they want. But will they want the consequences?

Washington offered to “engage in dialogue” and “listen to Russian concerns,” completely useless reassurances to the Russians. The Kremlin has already conveyed its concerns, and they have been ignored. The Kremlin made it clear that the time for talking is over and that they are not going to be drawn into endless talk that goes nowhere.

At this point the Kremlin cannot possibly back down without inviting even more provocations. So get ready for the dire consequences.

The outcome will not be favorable for Washington. American corporations have told Biden to forget about sanctions as the sanctions hurt US companies worse than they hurt Russia, and NATO is already cracking under the strain of expectations that Russia is going to start playing hardball. Two NATO members, Croatia and Bulgaria, have announced that they won’t be sending any troops to join NATO in any confrontation with Russia in Ukraine, and Germany denied the British flyover permission for their airlift of arms to Ukraine. European governments understand that NATO lacks the military means for a confrontation with Russia.

The available US and NATO troops are just token forces. Washington is reduced to deploying 1,000 soldiers in Bulgaria and Romania to reassure the countries and deter Russia. 1,000 soldiers have no possibility of deterring any Russian army, as the countries understand. No thanks, said Bulgaria.

Stoltenberg’s assurance that NATO has “plans in place” to activate 5,000 French troops and the US will be sending 8,500 troops has the opposite effect of providing comfort. No Russian force would take any notice of such a small number of soldiers. What Stoltenberg has shown is not strength, but Western military weakness.

Washington might be thinking in outmoded ways. It was once thought that a few US soldiers scattered about would prevent an attack because of reluctance to go to war with the US. But the Kremlin has already made it clear that the current security situation is unacceptable to them and that they are not going to continue living with insecurity.

I don’t think war is close at hand unless Washington succeeds in provoking Ukraine to invade Donbass in order to solidify Washington’s hold on Europe and the election for Biden by causing Russian intervention. In which case, it would be a short war with Ukraine sacrificed for Washington’s political purposes. Instead, Russia will target all of Europe with their hypersonic missiles, including the US bases in Poland and Romania and all military facilities in Ukraine as well as Kiev. They will let Europe live under the strain of rising tensions. Europeans are more harmed than benefitted by American hegemony, and sooner or later Europeans will conclude that NATO is a greater threat to them than Russia.

Washington’s decision to reject the security proposal is nonsensical. I suspect the consequence will be a reduction in American power. Washington will replace Russia as the country whose concerns are ignored.