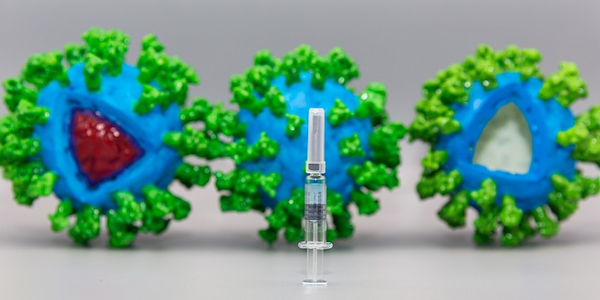 Donald Trump is, once again, showing his true colors: He is in the process of fast-tracking forced vaccinations for the coronavirus.

The narrative that corona poses a serious health risk to the vast majority of people under the age of 80 who have a normal, healthy immune system is a bald-faced lie. As a preacher, I’ll go so far as to say that it’s a lie from the pits of Hell.

Many people in the medical and research industries are now coming forward with documentation to prove that the CDC/Fauci/Gates/White House/mainstream media narrative on corona is a total and absolute fraud, and the only people who don’t see it are people who don’t want to see it—or people who have a vested interest in not seeing it.

A UPMC doctor on Thursday made a case the death rate for people infected with the new coronavirus may be as low as 0.25% — far lower than the mortality rates of 2-4% or even higher cited in the early days of the pandemic.

Dr. Donald Yealy based it partly on studies of levels of coronavirus antibodies detected in people in New York and California, and partly on COVID-19 deaths in the Pittsburgh region. The studies found that 5-20% of people had been exposed to the coronavirus, with many noticing only mild illness or none at all, he said.

“We’ve learned that way more people, far, far more people have actually been exposed to the infection without any knowledge of it. That makes the overall death rate much lower,” said Yealy, who is UPMC’s chair of emergency medicine. “Many people just didn’t feel sick at all and recovered without difficulty.”

He cited that figure in explaining UPMC’s plans to quickly increase its volume of the non-emergency surgeries that were largely banned to conserve beds and supplies for COVID-19 patients. The ban is now being eased as the volume of COVID-19 patients falls short of worst-case predictions.

When I gave Dr. Annie Bukacek the podium at Liberty Fellowship and she blew the whistle on the way the CDC was encouraging (or even insisting) that physicians fudge corona deaths upward on death certificates, it opened the floodgates of testimony from medical professionals. Now, physicians, researchers and scientists all over America are exposing corona for the hoax that it is. (The reason the rest of them are not speaking out is probably because they are under contract with the hospitals, and their positions could be terminated.)

For example, on April 16, 2020, the CDC and its propaganda lackeys in the mainstream media reported corona deaths as being 54,217. But when you look deeper at the CDC statistics, you find that deaths from corona on that date were actually only 11,356 (and that’s including the fudged numbers). The 54,000 figure that they were publishing were deaths attributed to bacterial pneumonia, influenza OR corona. That means, of course, 4/5 of the people whose stated cause of death was corona actually died with complications of pneumonia and/or influenza, but corona was listed as the sole cause of death.

See also this report from New York City funeral directors who are exposing the Fauci fraud.

Now, on the heels of this kind of medical fraud and media manipulation, Donald Trump is fast-tracking Operation Warp Speed that will enact mandatory vaccinations.

President Donald Trump now has a new goal: Operation Warp Speed.  That’s a partnership with “pharmaceutical companies and the military” in a rush to create a coronavirus vaccine that will be mandatory. He’s stepping into Bill Gates’ shoes.

According to a report by Bloomberg, the Trump administration is organizing a Manhattan Project-style effort to drastically cut the time needed to develop a coronavirus vaccine, with the goal of making enough doses for most Americans by year’s end. Instead of eliminating the police state and tyranny, Trump is doing the opposite.  He’s now sided with Bill Gates and Anthony Fauci making him complicate [sic] in the removal of people’s basic human rights.

It’s time to call a spade a spade, and a tyrant a tyrant. Brian from the YouTube channel High Impact Flix detailed the problems with vaccine [sic] and how quickly Trump pivoted to help the biggest and most corrupt pharmaceutical companies in the world.

“I wanna ask you a question. Are you really against vaccines? Are you against government-subsidized, taxpayer-funded, pharmaceutical benefiting, Bill Gates supported, vaccines? Now let me ask you this question: are you for or against Donald Trump? Are you for or against Barack Obama? Do you suffer from cognitive dissonance? Are you trying to hold two mutually exclusive and diametrically opposed ideas or beliefs in your minds at the same time?”

The mainstream media is now saying this is a good thing, Trump is doing the right thing, and their reporting of it should concern anyone who wants the freedom to decide what goes into their body. At 2:28 in the above video, there is a clip of Trump saying people “have to take the shot” and get the vaccination.

“Wait ’til you see the name of the operation…I thought ‘no way. No. It can’t be this blatant.’ And if this is true, there’s no way people are still gonna be for Trump after this…Called Operation Warp Speed, the project will join pharmaceutical companies and with government agencies and THE MILITARY…they’re all in bed together, guys!

We’ve known this! Now, they’re just putting it in our faces! ‘Look, see? Here’s that thing you can do about it! We’re gonna get the vaccine going! You’re gonna have to have vaccine certifications!’”

“Are you really still for Master Trump? You know people were checked out. You guys who are for Trump now, you call people who were for Obama, the signing of the NDAA and the resigning of the Patriot Act under Obama, you said: ‘oh that’s that’s tyranny! This is a tyrant! He’s acting in a despotic manner!’ You were right. But then Trump comes along and does the same thing…just like Obama did. SILENCE!…Cuz everybody that supports Trump that was against Obama…are nothing but a bunch of hypocrites and that’s why our country and our world is goin’ down.

Because people are not gonna stand fast on, and hold firm to the truth!

What has the world come to?”

This news isn’t going to sit well with some, but we have to be steadfast when it comes to our rights and our freedom.  We need to know what these people who declare themselves our rulers are planning to do to us. Trump is pushing the elitists’ agenda for ID2020. Do you still support Trump after this?

You are reading it right: Donald Trump is authorizing the merger of Big Pharma and the U.S. military to FORCE the American people to be vaccinated for a virus that is itself a global hoax. All of this is to please the power elite, especially billionaire globalist Bill Gates and globalist mad scientist Anthony Fauci.

Bobby Kennedy, Jr. is telling us in no uncertain terms that this forced-vaccination scheme is going to put billions of dollars into the corrupt, criminal coffers of Fauci and Gates:

Bobby Kennedy Jr. was on a podcast this past week where he dropped some bombs about the perils of vaccinations.  In his interview at the 50:00 minute mark, Kennedy shares the following:

You have the Vaccine Act of 86.  Now you have a project that has no liability so they have no incentive to make it safe.  Not only that they don’t have to test it and in fact they have an incentive not to test it because the only way you can get sued under the Vaccine Act is if you can show that the company knew of an injury and didn’t list it on the manufacturer’s insert.

So there’s an incentive to know as little about the product as possible.  And, you can’t sue them, and there’s no market force that keeps them in check.  Because you can say that the vaccine is mandated for 78 million kids.  And, so the industry got together and manufacturers said, holy cow, now we have a product that has no liability, and that’s the biggest cost for drugs.  So they said, number one, we don’t have to test it, that’s a huge cost avoided.  Number two, there’s no liability and that’s the biggest cost avoided.  Number three, there’s no marketing or advertising costs, because it’s mandated.  So it’s just like printing money.

If you can get a vaccine on the CDC’s recommended schedule it averages about a billion dollars annually in pure profits for your company.  When I was a kid I got three vaccines and was fully compliant and today’s kids get 72 vaccines.

At the 59:00 minute mark, Kennedy shares the money and connections between Dr. Fauci and the Gates Foundation:

Tony Fauci has many, many vaccine patents… and there’s one vaccine patent that he has that is a way of packaging a coronavirus with some other vaccine … in a protein sheet… and then delivering it through a vaccine… he somehow ended up owning that patent… Tony Fauci will be able to cash in …. So Fauci’s agency will collect half the royalties for that vaccine [related to the coronavirus].

If professing Christians and conservatives continue to stand by Donald Trump and accept his plan of forced vaccinations, it will be the death of the Bill of Rights and freedom in America. And that is no exaggeration.

This plan will doubtless include medical tracking (read: total government surveillance over our lives, including every person we contact and every place we go) and medical certificates (read: government papers or skin implantations or even readable components included in the vaccine itself) as a condition of working or traveling and perhaps even buying and selling.

While brainwashed Scofield dispensationalists were worshipping the antichrist State of Israel and standing around waiting for a Christian Zionist pre-tribulation “rapture” fairytale, America was plunging into a true tyrannical tribulation with the hellish trinity of Bill Gates, Anthony Fauci and Donald Trump leading the charge—and Christians didn’t even seem to notice.

It’s time to stop getting mad at the messenger who’s telling you the truth and start getting mad at these politicians in both parties and the mad scientists in the Big Pharma/medical industrial complex who are trying to become despots and dictators at the expense of our lives and liberties.

If Christian’s don’t stand up NOW against Trump’s forced vaccination plan, they will have no one to blame but themselves for the collapse of freedom—including the freedom of worship—in this country.