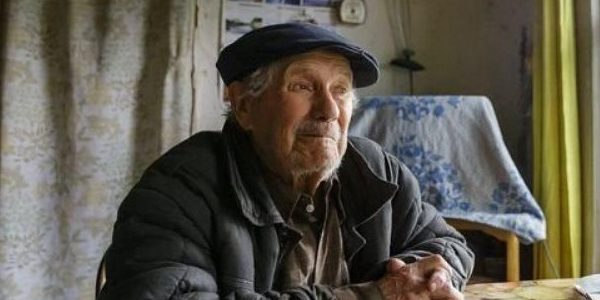 Evgeniy Vasilievich Popov is an 85-year-old resident of the Komi Republic, Russia. For 40 years he worked as a history teacher in a rural school. He devoted himself to children, but did not create his own family.

The man lives in an old house, which he inherited from his parents. For 64 years he was saving money to buy a well-maintained house. When he had accumulated a million rubles on his account, Evgeniy Vasilievich began to fear that his money could disappear, and he had no inheritors. He realized that his savings should be used for a good deed and decided to transfer all the money to orphans.

Evgeniy Vasilyevich was thinking for a long time whom to give the money to. There is a village called Gam near his house that has the orphanage “Gavrosh.”

Evgeniy Vasilyevich was no longer able to go to Gam himself, so he asked a former colleague to solve all organizational and financial issues. And then the money from all six savings accounts of Popov was transferred to the orphanage “Gavrosh.”

Nadezhda Astashkova, director of the Social and Rehabilitation Center for Minors of the Ust-Vymsky District “Gavrosh” was extremely surprised by the elderly sponsor.

“You imagine, Evgeniy Vasilievich and I were not even acquainted. When we found out about him, we came with the kids to visit him. We decided that we will come again, but as volunteers to help with housework”.

Evgeniy Vasilievich is very pleased with such guests, the elderly man does not have that many visitors.

In the orphanage they have already decided where to spend the donated funds: they will buy a freezing chest, furniture for children, multimedia equipment and will build a new veranda.

The act of Evgeniy Popov caused a great public response. Many residents of Russia, including famous people, decided to help Evgeniy Vasilyevich with money, food, and also with the repair of his old house.

The elderly man himself, answering to the questions of journalists on how to help him, says: “I do not need anything, I have everything”.