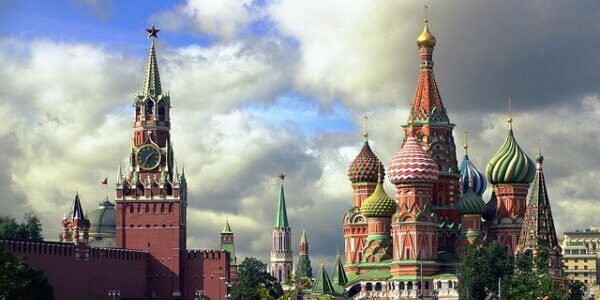 As I reported, the fact that Washington did not sign and publicly agree to the Russian mutual security proposal means nothing. The issue has been settled. Putin won. https://www.paulcraigroberts.org/2022/01/29/update-on-the-ukrainian-front/
We know this for a large number of reasons. Here are some of them:

Warmonger superhawk Victoria Nuland, US Undersecretary of State, signaled Washington’s surrender when she called on China to use China’s influence with Russia to save Ukraine from a Russian invasion. Thus, Nuland declared America’s impotence to the entire world.

A hysterical Biden told the Ukrainian president, Zelensky, that Russia was about to attack and Kiev would be sacked. This was denied by Zelensky, who said: “I’m the president of Ukraine and I’m based here and I think I know the details better here.” https://nypost.com/2022/01/28/zelensky-rebukes-western-panic-over-russia-invasion-fear-after-biden-call/ Biden’s assertion that Kiev (the capital of Ukraine) is about to be sacked is proof that Washington and NATO do not believe Ukraine, Washington, and NATO combined have any possibility of deterring or repelling a Russian attack. Indeed, the military impotence of Ukraine is itself evidence that no Russian attack is necessary. The Kremlin has made it completely clear that they do not want Ukraine, but that they will not permit Ukraine to be made a NATO member and permeated with US military bases.

Russia could take Ukraine whenever it wants, and no one on earth and no combination of “Western forces”–primarily sanctions–can do anything about it. We know this for many reasons. Consider, for example, the US/NATO military forces with which Biden threatened Russia with deployment: 8,500 US troops, 5,000 French troops, a few hundred UK troops to the Baltics and Poland, 1,000 US troops to Romania, 1,000 troops to Bulgaria. This tiny number of soldiers, even if deployed as a single force could not stop a Russian advance for 5 minutes. Obviously, Washington and NATO have no capability of deterring any Russian attack anywhere in Europe, East and West. This was made even more obvious by the Pentagon’s announcement that no US troops would be sent to Ukraine; by two NATO members announcing they would not send troops if NATO becomes involved in Ukraine; by NATO member Germany denying NATO member UK overflight privileges in making arms deliveries to Ukraine; by a NATO member, Bulgaria, refusing to receive the offered 1,000 US soldiers.

Every government in the world knows that Ukraine will not be brought into NATO. It would be an act of suicide for Ukraine and for NATO. If the dumbshits in Washington involve the US, it would have to be with nuclear weapons and it would be the end of the US.

No one in Europe, which refuses to protect its own borders from being overrun by immigrant-invaders, is ready to die in order to protect Ukrainian borders. Zelensky knows that and, despite Washington, will adopt a less aggressive stance toward Russia. He will be in risk of being overthrown by Washington, with one of the crazed neo-nazi Washington puppets being installed in his place. But this puppet, too, will find his Russophobia foreclosed by his military impotence.

I doubt that even the brain-dead American super-patriots who wrap themselves in the flag are excited about dying to protect Ukraine’s borders when their own borders are wide open to immigrant-invaders and Biden’s political party is trying to give the immigrant-invaders the vote, thus destroying the meaning of American citizenship.

The “Russian invasion” propaganda is kept alive by the Washington neoconservatives who dominate Biden’s government and who are regarded as Israeli agents who put Israel’s interests ahead of America’s. The neoconservatives are determined to pay Putin back for blocking Washington’s overthrow of Assad in Syria and bombing of Iran, wars the neocons pushed in order to strengthen Israel’s position in the Middle East. The neoconservatives and their whore media continue to ramp up invasion fears when it is clear that there is no need for invasion. Be sure to enjoy Tucker Carlson’s skewering of the media, showing them to be the whores that they are.
https://www.unz.com/aanglin/victoria-nuland-jew-architect-of-the-2014-neo-nazi-revolution-in-the-ukraine-puts-russia-on-double-secret-probation/

The Kremlin itself is helping to keep the “Russian-invasion-war-at-any minute” hype alive by emphasizing that Washington and NATO refused the mutual security proposal and that NATO membership for Ukraine could mean a European war.

The Kremlin’s response to the “failure” of the security talks suggests an unwarranted faith in signed documents, a recurring mistake of diplomats. If a government’s word cannot be trusted, neither can a document the government signs. What the successful security talks made clear to everyone is that Russia will resort to war if Ukraine or Georgia or any former Russian or Soviet province is made a NATO member and if any further move of NATO to the East occurs. The US missile bases in Poland and Romania also must be removed. The Russians made it clear that this is not a request. It is a demand. Every NATO government knows that to cross this line means war, and every NATO government knows that in conventional war no possible combination of Western conventional forces can withstand a Russian attack.

Every NATO country knows that the West would be humiliated and that the danger would be that a humiliated United States would resort to nuclear weapons in an effort to save face, and that it would be the termination of the Western World. Countries whose own borders are defenseless are not going to commit suicide for the sake of Ukraine’s borders.

All the Kremlin needs to do is to maintain its firm unconditional stance and, if Washington begins any significant build up of military force threatening to Russia’s border, order a halt on pain of the force being destroyed upon arrival.

Russia should speak frankly to the countries on their borders and make it clear that Russia will cooperate with them economically but has neither intention nor desire to make them part of the Russian Federation and will not permit them to be military bases for the US and NATO on their border. Even Russophobic idiots will understand the consequences of defiance.

Washington has made it clear that peace does not serve its agenda. Therefore, there cannot be peace in this world at this time unless Russia and China make it clear that they intend to enforce peace with a strong fist. It is hesitation and indecision by Russia and China that will lead to war. Hesitation and indecision will result in more Washington provocations until the tension explodes.