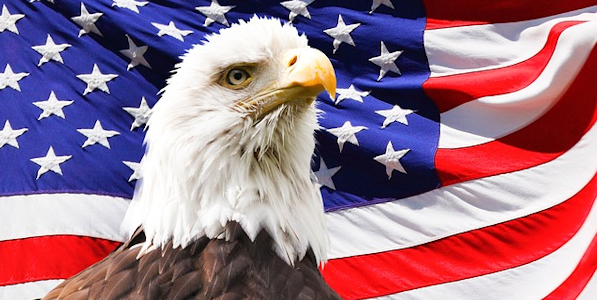 It is official: The Tea Party is dead. Writing for National Review, Brian Riedl rightly sums it up:

President Trump and congressional leaders are nearing a deal that would raise the discretionary-spending caps by $320 billion over two years and offset less than one-quarter of those costs (and even those offsets would take a decade to materialize). The budget deal would essentially repeal the final two years of the 2011 Budget Control Act and raise the baseline for future discretionary spending by nearly $2 trillion over the decade.

This represents a fitting conclusion of the Budget Control Act — the crown jewel of the 2011 “tea-party Congress.” The decade-long shredding of these hard-fought budget constraints mirrors the shredding of Republican credibility on fiscal responsibility.

The election of President Trump . . . may have finally killed the tea party as a whole. Trump, who called himself the “king of debt,” deemphasized spending restraint and even promised that Social Security, Medicare, and Medicaid, the overwhelming drivers of long-term deficits, would be off limits to reform. His surprising election marked a replacement of the GOP’s free-market conservatism.

By early 2018, surrendering Republicans raised the 2018 and 2019 spending caps by a staggering $296 billion, this time with less than $50 billion in offsets over ten years. An effort by conservative House Republicans in 2017 and again in 2018 to trim the growth rate of entitlement spending from 5.9 percent to 5.8 percent per year was rejected by Republican senators for being too radical. Even a rescission bill that would reduce unnecessary spending by a mere $1 billion over ten years — or 0.002 percent of the budget — was defeated in the Republican Senate. Instead, lawmakers renewed billions in new farm subsidies for wealthy farmers and considered bringing back pork-barrel earmarks. Legislation to repeal and replace ObamaCare was defeated in the Republican Senate.

And that brings us to 2019, when the return of trillion-dollar deficits has been met with a collective shrug from Republican leaders. The conventional wisdom among Washington Republicans is that populist conservative voters no longer care about spending or deficits and that Democrats and hostile media would savage any attempts to rein in government. So the debt limit is now regularly suspended, and the final two years of the Budget Control Act, 2020 and 2021, are poised to see a spending-cap increase of $320 billion with only minimal offsets. At one point, Republicans discussed extending the spending caps beyond 2021. Now, they will skip the charade.

The tea party burst into Washington pledging spending restraint, balanced budgets, and accountable government. Even the possibility of defaulting on the national debt was an acceptable price of reform. Roughly a decade later, budget deficits are again reaching $1 trillion, spending is soaring, Obamacare remains on the books, and Republicans are raising the debt limit and eviscerating their lead accomplishment, the Budget Control Act.

President Donald Trump may have to hand out some new nicknames — for himself — after endorsing a bipartisan budget deal with Congress: “Trillion Dollar Trump?” “Deficit Don?”

With a new bipartisan budget deal that does nothing to cut federal spending, Trump is on track for another $1 trillion deficit this year. And there’s no reason to believe the following fiscal year will be any different, with ballooning deficits from higher spending, the 2017 tax cuts — Trump’s signature legislative achievement, which slashed revenue — and none of the entitlement reforms long preached by Republican leaders on Capitol Hill.

Candidate Trump bragged that he would pay off the entire federal debt in eight years, but President Trump is governing as if deficits don’t matter.

In fact, Trump is approaching the level of red ink from President Barack Obama’s first term, when Obama racked up trillion-dollar deficits four years in a row. Trump is on pace to do the same, starting with this year’s yawning deficit of more than $1 trillion, according to budget estimates.

As with everything else, the out-of-control deficit spending by Donald Trump and his fellow neocons in Washington, D.C., does not matter to a tinker’s dam to today’s “conservatives.” The power elite have brilliantly manipulated the left-right paradigm between Democrats and Republicans with pinpoint precision. To the vast majority of “conservatives” (and “Christians”), the only thing that matters is keeping a Democrat out of the White House. They will let Donald Trump get away with anything—and I mean anything—if they think it will keep a Democrat out of the Oval Office.

As for Democrats, they will overlook anything and everything within their own party in order to take Trump out of the White House. As I said, the power elite have brilliantly manipulated the left-right paradigm between Democrats and Republicans with pinpoint precision, while the overall agenda of the elite continues unabated, regardless of which party is in office.

But Trump not only destroyed the Tea Party; he also destroyed the Patriot movement. Where once the airways, Internet blogs, radio talk shows, etc., thundered forth with calls to defend liberty, constitutional government and the Bill of Rights, they now thunder forth with calls to defend Donald Trump. And to a majority of Christians, it is no longer about life, truth, righteousness and family; it’s about Donald Trump. To these folks, Trump is not a president; he is a fuehrer. He is the savior of the country. If you doubt that, just listen as Trump bellows to his fawning worshipers, “I have an Article 2, where I have the right to do whatever I want as president.” Have you heard a single Patriot podcast or a single evangelical leader rebuke Donald Trump for his obvious constitutional illiteracy or for his odious lust for dictatorial power? Neither have I.

In this column last week, I wrote this:

Donald Trump is a man totally devoid of character and honor. He is a man who has never respected any oath he has ever taken or any contract he has ever made. He is a pathological liar. He is a for-real sexist. He is a sexual deviant. He is a textbook narcissist. He is a braggart, a bully, a belligerent and a buffoon. He is a career criminal and gangster. He survives by threats, bribery and intimidation. He uses power and money to ruin and destroy anyone who gets in his way—friend or foe. He is an undisciplined hothead. His use of vulgarity, profanity and the Lord’s name in vain rivals or surpasses the filthiest mouth coming out of the filthiest hellhole in the world. Richard Nixon and Harry Truman wouldn’t be able to keep up with Trump’s filthy blasphemous mouth. (The Scripture says God’s enemies take His name in vain, Psalms 139:20. Of course, in order to continue idolizing Trump, evangelicals will continue ignoring that verse too.)

I wrote that paragraph the day BEFORE Donald Trump made a speech in North Carolina in front of thousands of screaming, cheering Christians and conservatives in which he boldly, brashly and brazenly used the Lord’s name in vain not once, but twice. (If Trump would commit such blatant sacrilege in public, imagine his private speech and behavior.) And what did these evangelical “Christians” do? Each time, they erupted in thunderous applause and gave Trump a standing ovation.

With all of Bill Clinton’s moral wretchedness and all of Barack Obama’s political wretchedness, I do not remember either of these men using the Lord’s name in vain in a public speech. Donald Trump obviously has NO fear of God before his eyes. And out of the abundance of his blasphemous heart, Trump spoke blasphemy in front of the entire world—and evangelical Christians stood and CHEERED.

If lost, unredeemed men want to put all of their faith and hope for the future in sinful flesh, let them do it. We who are the blood-bought children of the King should know that our only hope lies in heavenly places. More than we need the sleazy, smirky smile of Donald Trump, we need the gracious, loving and propitious smile of our Creator.

It seems obvious to me that Donald Trump is not “America’s last hope”; he is America’s final curse. The hope of any people is the righteousness, truth and courageous convictions of God’s men and God’s people. We are “the salt of the earth.” But God’s men and God’s people have given it all to Donald Trump; there is nothing left for God. The salt has lost its savour. (Read Matthew 5:13 to see what comes after that.)

The very first command God gave Moses in the Decalogue was “Thou shalt have no other gods before me.” Evangelical Christians have turned Trump into a god. And the God of Heaven takes such idolatry very seriously.

Dear Christian friends, we have far more to fear from Almighty God than we do from Kamala Harris, Joe Biden or any other Democrat you want to name. Instead of worrying about whether a Democrat gets elected president next year, we need to be concerned about the fact that our evangelical Christian pastors and leaders have abdicated their holy position as watchmen and shepherds by groveling before a wretch like Donald Trump. Even if Trump was as good and righteous as his supporters pretend he is, to give to any political leader the kind of worship and blind devotion that evangelicals are demonstrating toward Donald Trump is nothing less than pure unadulterated idolatry. America needs powerful prophets like Elijah, not pandering prophets of Ahab.

When a president of the United States can get in front of a massive rally—and the entire world—and blaspheme the name of God and Christians jump up and give him thunderous ovations, Ichabod is written across the Church.

This seems to me to be the logical next step in the Church’s collapse into irrelevance and apostasy: After having publicly and massively rejected and booed a candidate for president (Ron Paul) for saying that our nation should adopt a foreign policy that honors Christ’s command to do unto others what we would have them do unto us, Christians cheered a man (Donald Trump) who blasphemed God’s command to not take the name of the Lord in vain—TWICE.

Think of it: Christians booed the promotion of Christ’s Golden Rule commandment in South Carolina and cheered the blasphemy against God’s 3rd Decalogue Commandment in North Carolina—both states being in the heart of the “Bible Belt.” There are probably more evangelical Christians per capita in those two states than any other two states in the country.

When Christians begin cheering for blasphemers and booing Christ’s fundamental doctrines, they are on a slippery slope of mimicking the Pharisees and Scribes who chose the wicked Barabbas over Christ or Pontius Pilate who chose the good graces of Caesar over Christ.

Yes, the Tea Party is dead; and so are the Patriot movement and the evangelical Church. But there won’t be any Resting In Peace for any of them.