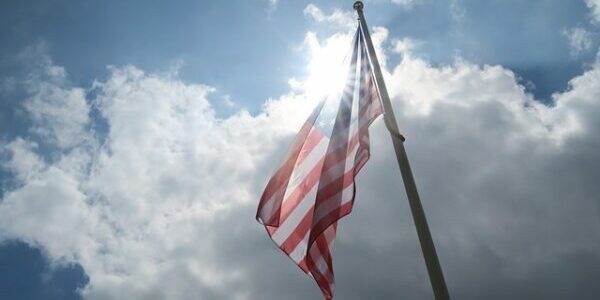 The Road to Authoritarianism is Paved with Fiat Currency

Last week, the Federal Reserve announced it will maintain an interest rate target of zero to 0.25 percent for the rest of 2021. The Fed said it will also continue its monthly purchase of 120 billion dollars of Treasury and mortgage-backed securities.

Some Fed board members are forecasting a rate increase by late 2022 or 2023, though with the rate still not reaching one percent. The Fed will neither allow interest rates to rise to market levels nor reduce its purchase of Treasury securities. A significant increase in interest rates would make the government’s borrowing costs unsustainable.

The Fed also raised its projected rate of inflation to three percent, although it still insists the rise in prices is a transitory effect of the end of the lockdowns. There is some truth to this, as it will take some time for businesses to get back to full capacity. However, the Fed began taking extraordinary measures to prop up the economy in September of 2019, when it started pumping billions of dollars a day into the repo market that banks use to make short-term loans to each other. The lockdowns only postponed and deepened the forthcoming Fed-caused meltdown.

Germany’s Deutsche Bank recently released a paper warning about the Federal Reserve continuing to disregard the inflation risk caused by easy money policies designed to “stimulate” the economy and facilitate massive government spending. Germans have reason to be sensitive to the consequences of inflation, including hyperinflation. Out-of-control inflation played a major role in the collapse of the German economy in the 1920s, which led to the rise of the National Socialists.

This pattern could repeat itself in America where we have already witnessed the rise of authoritarian movements. Last summer, groups exploited legitimate concerns about police misconduct to ferment violence across the country. Can anyone doubt that an economic crisis that leads to mass unemployment, foreclosures, and maybe even shortages will result in large-scale violence? Or that the violence will be exploited by power-hungry politicians? Or that many people will once again fall for the big lie that preserving safety requires giving up their liberty?

The apparatus of repression already exists in the form of a surveillance state, police militarization, and big tech’s cooperation with big government to stamp out dissent. Now, President Biden and his congressional allies want to use the January 6 US Capitol turmoil to justify expanding government powers in the name of stopping “domestic terrorists.” Part of this new campaign is expanding censorship of “extremism,” defined as any views that threaten the status quo. The Biden administration has taken a page from the Communist playbook in suggesting people report their friends and family who are becoming “radicalized.”

We may still have time to prevent collapse in America, or at least to make sure the collapse leads to a transition to a free society. The key to success is spreading the ideas of liberty until we have the ability to force the politicians to dismantle the welfare-warfare state and the fiat money system that is the lifeblood of authoritarian government.

Published in BUSINESS, LIBERTY and US