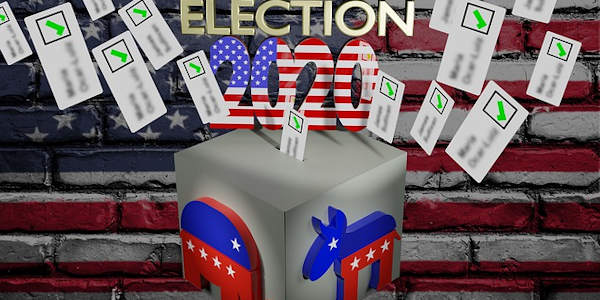 The November Election Is About Whiteness, Nothing Else

Tucker Carlson demonstrates some of the monstrous lies that Democrats and presstitutes tell with a straight face—https://video.foxnews.com/v/6186424701001#sp=show-clips . These extraordinary lies reveal the great extent of collapse in the moral fabric of our society.  Such blatant lies demonstrate that power is the only political virtue for Democrats and that power has crowded out integrity, of which not one ounce can be found in the Democrat Party except for Tulsi Gabbard whose honesty the Democrats reject.  Politicians have always been prone to exaggerate, overpromise, and stray from the truth, but today the lies are so fantastic that I doubt even dumbshit Americans fall for them.  For example, until a couple of days ago Democrats and presstitutes standing in front of burning buildings would report that there was no evidence of violence or rioting, just peaceful protests. They damned President Trump for lying and calling peaceful protests riots.  Suddenly their tune changed. Yes, there is violence and rioting and burning, but it is all Trump’s fault. It is Trump’s supporters who are looting and burning the stores, and the racist Trump supporters are blaming the blacks.

The Democrats know that half of the American population is stupid.  The stupid ones are the voters Democrats rely on to get into office.  The presstitutes think all of us are stupid.  That is why it never occurs to the presstitutes that for each and every one of them to say the same thing on all the TV stations, NPR, and all newspapers hour after hour day after day reveals a propaganda ministry, not a news media.

Neither does it occur to the presstitutes that to spend four years leveling one preposterous accusation after another at Trump makes them, not Trump, look bad.  The daily insults that the presstitute media hand out to Americans who voted for Trump casts the presstitutes as enemies of the American people.  And they are. America’s worst enemies are not in Tehran, Moscow, and Beijing.  America’s worst enemies are CNN, MSNBC, Fox News with the exception of Tucker Carlson, NPR, New York Times, Washington Post and the rest of the press prostitutes.

If you are a white American, you are in a dwindling majority.  Indeed, you have lost a large percentage of your strength to brainwashed white Americans who believe you are a racist plague on society.  Some of your white fellow citizens wish not only to dispossess you in the interests of “people of color” but also to kill you, and they do not hesitate to express this view.  As it is directed against white people, it does not qualify as hate speech or a hate crime.

The attack on white people is not limited to the US.  For example, a new black movement has arisen in England in which the leader says the goal is to make white men their slaves.  Try to imagine the uproar if a white movement arose saying that the uncivil behavior of black looters means blacks must be returned to slavery.

The November election is about whiteness.  Trump stands up for white Americans. This is why the Democrats and the presstitutes hate him and hate those who voted for him. The Democrat Party is the anti-white party.  The Democrats and presstitutes have driven this point home by their refusal to condemn the rioting, looting, and burning of the cities that they misgovern, by their refusal to protect businesses from looting and destruction, by their refusal to indict those responsible for massive property damage or even to criticize them.  Instead we have had justification for the looting, rioting, and burning, and even a book—In Defense of Looting— glorified by NPR— https://providencepost.com/npr-supports-looting/.  It is white Americans who have  defended their property and their lives who have been indicted, not the looters and rioters.

If you are a white American and you voted for Democrats to misgovern your town or city, you are too stupid to justify your existence.  You are so utterly stupid that you are a dire threat to  white ethnicities.

These white liberals are perhaps too stupid to comprehend the consequences of their demonization of white Americans, but to be murdered by stupidity is still murder.

America is so far gone that it is impossible today to have a debate at an American University other than one such as “who hates white people the most with the most justification?”  Debate, even a moderate speech by an accomplished American, is no longer possible at Harvard, Princeton, Yale, Stanford, Berkeley, or even a local college.  The position of the liberal-progressive-left is that you agree with us or you are cancelled.

Cancelled means not only your speech at the college but your access to Facebook, Twitter, Google, Apple.  Your website ceases to appear in Google searches.  If your livelihood is dependent on an employer, you are fired.  Mobs might show up at your house or at your child’s school.  In some cases spouses have lost jobs, because the mob disapproved of their husband or wife.  White Americans, unless they express anti-white sentiments, do not have freedom of speech and the freedom they have is only to denounce whites.  The mob has tried, so far without success, to shut down Tucker Carlson’s Fox News show.  Indeed, well known white corporations have withdrawn their advertising from Carlson’s show.  This is how powerfull the anti-white movement is. It demonstrates how weak is the position of white Americans who are not self-hating whites. The dumbshit white Americans continue to support the corporations that are negating their freedom of speech.  This is stupidity and self-destruction beyond belief.

Being cancelled has acquired a new meaning.  If you are a Trump supporter, you are now cancelled by being murdered.  Watch an execution here:  https://video.foxnews.com/v/6186424701001#sp=show-clips .

If white Americans do not wake up, become realistic, and find the confidence to defend themselves, they are going to be annihiliated. This is true also for all white ethnicities in Europe, Canada, Australia, New Zealand, and South Africa.  White people are a tiny percentage of the world population.  They are greatly outnumbered.

In Sweden insane Swedish governments imported huge numbers of non-whites in a display of support for multiculturalism.  One consequence is that a large percentage of ethnic Swedish women, that is, white women, are afraid to go outside their homes.  Why?  Because they are raped in public. Ethnic Swedish men are too intimidated or fearful of being arrested for a hate crime for assaulting a black rapist of a Swedish woman to interfere.  Swedish police who point out that ethinc Swedish women have no protection from the government and that 90% of all rapes are committed by black men are put on administrative leave and then fired for racism.  The raped women themselves fear to report their rapes because they can be accused, even arrested, for hate speech.  In Sweden, a white Swede who complains of black misbehavior has given a demonstration of his or her racism and will be more seriously punished than the black criminal. Of course, the Swedish government will deny this, but the facts I report are in their own newspapers.

This same situation, to a lesser degree, characterizes Norway, Germany, Italy, and the UK, and all of Europe with the exception of Hungary and Russia. Probably also in Canada, Australia, and New Zealand it is impossible for a white citizen to say anything unfavorable about a preferred minority without being in deep trouble.

If the United States and the European countries still had an educated and aware, instead of indoctrinated and brainwashed, population, opposition would arise to the decimation of white civilization.  But there is nothing there to defend Western White Civilization but wet paper bags that even ignorant dumbshit barbarians can walk through.

The fall of the West is going to have much greater consequences than the fall of Rome.