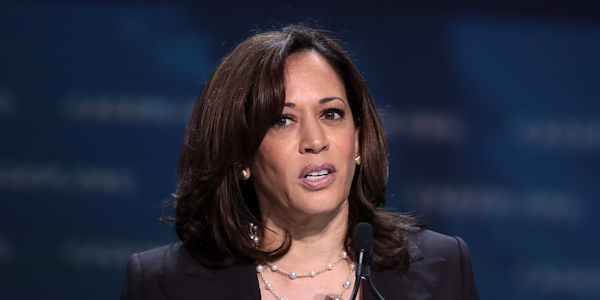 The November Election Is About Race

Everyone knows it, but few will admit it, that the election is about race.  The Democrat Party and the presstitutes have set it up that way.  White Americans are the target.

Years of propaganda against “white racism” have succeeded in teaching black Americans that they are victims of “white privilege.”  The same propaganda has instilled in white liberals and the young a strong sense of race guilt.  The sense of guilt is so strong that the majority of the violent protests and threatening marches through white neighborhoods are carried out by white people under Antifa and Black Lives Matter banners.

The Democrat mayors of Seattle, Portland, New York, and Minneapolis are white.  These are the cities whose reputations and businesses were most damaged by the looting made possible by restraints placed on police.  Mayors supported by city councils have responded to the threat to their cities by getting on board with the “defund the police” movement. Members of these city governments have said that it is “white privilege” to expect protection by police, and that dismantling such white privilege is the path to a non-racist society.  Democrat district attorneys in some of these jurisdictions want to arrest and indict white Americans who, left without police protection, defended their own property or injured violent protesters while escaping the violence.

The mayors’ attitude changed once the protests targeted the mayors themselves.  Nevertheless, it took a perceived threat against the mayors themselves to align them with the law-abiding population. Their “white guilt” brainwashing and indoctrination was sufficiently strong that only a personal threat broke them out of it.

Kamala Harris is anti-white.  Her selection as the Democrats’ vice president candidate reflects the anti-white stance of the Democrat Party.  You can see the anti-white sentiment of the Democrat Party everywhere.  It is in their rhetoric, it is in their support for Identity Politics, for open borders, for repealing the Second Amendment, for political correctness and censorship, and in their policies, such as the anti-white program instituted in New York City public schools by Richard Carranza ( https://www.paulcraigroberts.org/2019/05/24/whiteness-is-the-new-evil/ ) and the anti-white 1619 Project of the partisan New York Times ( https://www.paulcraigroberts.org/2020/02/11/the-new-york-times-assault-on-white-americans/ ).  You can make up your own list.  It is a long one.

Whiteness has been made the election issue.  Not peace. Not a national health program and nationalization of Big Pharma.  Not the breakup of Facebook, Twitter, and Google monopolies.  Not the resurrection of the First Amendment for everyone. Not the return of free inquiry to universities. Not the overthrow of globalism which has destroyed the American opportunity society.  Not the write-down of debt to serviceable levels.

Nothing that the US needs in order to survive is an issue.  The issue as defined by Democrats and presstitutes is how much more division and racial antagonism can they create in order to overthrow “white privilege.”

Clearly, with white people comprising 60% of the population, the Democrats’ strategy rests upon a large number of whites being anti-white.  We know this is the case in the high income areas of the Northeast Atlantic coast and the West coast.  The kind of antagonism that white liberals have created between white and black Americans has not been successful between white and Asian Americans or even between Hispanic and white Americans.  Asian Americans don’t seem to think that they need to shove white Americans aside in order to progress, and the rate at which Hispanics are taking over the construction industry shows their ability to rise in the system.  It is the blacks who are taught that they are oppressed.

The outcome of the election will be determined by how many white, Asian, and Hispanic  Americans vote black.

If Biden and Harris are installed, Seattle, Portland, Minneapolis, and New York are harbingers of what is to come.  White Americans will find that they are bit by bit denied equal protection of law and that crimes exist that only white people can commit.

If white Americans marginalize themselves in the election, they will be unable to recover except by extreme violence, but if the frog is boiled slowly it will not jump out of the pot.

White Americans have few reasons to vote for Trump other than to prevent their own marginalization in their own country.  As I said four years ago, Trump does not know how to appoint a government that would serve his agenda of peace with Russia and bring the jobs home.  And four years on the job hasn’t taught him.  He has an establishment government that protects Israel, continues Washington’s policy of hegemony, and supports the rising inequality in income and wealth.

Moreover, he sets himself up for all sorts of other charges, such as abolishing Social Security and Medicare, which undermine his reelection chances.  His executive order to suspend for 4 months the payroll tax in order to boost working incomes, the economy and his election support is misrepresented by Democrats as the opening gun in dismantling these basic support programs by cutting off their financing.

His efforts to get our troops home, whether from the Middle East or Germany, are constantly frustrated and turned against him. It can’t be done piecemeal. It would have to be done at a world conference, but Trump is blocked from assuming such a leadership role.

He can’t free himself of the neoconservatives who are committed to US hegemony. He made neocon John Bolton his National Security Advisor and paid the price. He put convicted neocon Iran-Contra felon Eliot Abrams in charge of destabilizing Venezuela and now has also given him the job of destabilizing Iran ( https://www.unz.com/pgiraldi/making-excuses-for-trump-where-does-the-buck-stop/ ). Thus, Trump blocks his own agenda at every point.  He only succeeds in empowering Israel.

The United States is in deep difficulty.  President Reagan’s supply-side policy cured the stagflation that was eating away at the US economy, and his approach to the Soviet Union ended the cold war.  America and the world were set for a new beginning.  But it was not to be. The unexpected collapse of the Soviet Union signalled the failure of socialism and caused a change in attitude in China and India toward foreign capital.  The two large Asian countries  opened their economies to foreign investment, and US global corporations began moving high-productivity, high-value-added American jobs to Asia. The labor cost savings showed up in corporate profits, executive bonuses and capital gains for shareholders.

The export of middle class jobs severely impacted the growth of American real median family incomes and reduced the growth of aggregate demand, the driver of the economy’s growth rate. It reduced the tax base for cities, states, and the federal government.  The missing income and revenue growth was filled with the growth of debt.  The growth in debt has jumped sharply higher with coronavirus and the destruction of businesses in looted cities.  The US dollar and dollar-demoninated investments could finally lose their luster.  If the dollar were to lose its reserve currency role, the US would be unable to finance its large trade deficit, a deficit created by the offshoring of US jobs.  When the offshored production returns to the US to be marketed, it comes back as imports.

The damage done by the global corporations is double.  Consumer income, aggregate demand  and tax base are reduced, and the trade deficit is increased.  Yet nothing has been done about the extreme cost to the United States of jobs offshoring.  The system has rewarded corporate executives and shareholders tremendously for severely damaging the economic prospects of the American people and the American economy.  After years of witnessing this destruction, one would think it would finally have become an election issue, but it hasn’t. Both political parties are at home with the status quo of globalism.

In the absence of general prosperity, multicultural societies are fragile.  It is too easy to foment racial, ethnic, and religious animosities.

Democracies themselves are fragile, because time horizons of leaders are short term—the next election.  In a hereditary monarchy, there are long-term dynastic interests.  The problem with monarchy is that you are not guaranteed a succession of intelligent and capable rulers. But we don’t get that from democracy either.

The United States is afflicted with both fragilities.  On top of this weakness, the Washington Establishment is like the Star Trek Borg.  You don’t think independently.  In Washington a person succeeds by submitting to ruling interests.  This makes political leadership difficult. There are vested interests that expect to be served, and there are enough willing to serve them that those who would cross them can be blocked.

Trump is a good example. Once he announced that he was going to reduce tensions with Russia, the military/security complex closed in on him.  He was placed on the defensive for the entirety of his first term with the Russiagate and Impeachgate hoaxes.  The election is in 3 months, and the Trump administration has still not held accountable those Democrats who committed felonies while orchestrating these hoaxes.  The establishment is self-protective.  It is a bi-partisan policy. In the end, a party will abandon its own president rather than allow the establishment to be harmed. The Republicans will strike back only if they perceive that it is the Democrats’ intention to break up the establishment.

A multicultural society requires harmony and a sense of unity.  Instead, America has the teaching of hate and the fomenting of antagonisms.  In such a society there is no perceived common interest, and there is no unity of people to resist expansions of arbitrary government  authority.  In the US executive orders are taking over from legislation, and presidential pronouncements have overturned constitutional protections. President George W. Bush asserted the right to detain American citizens indefinitely without due process of law.  President Obama asserted the right to execute American citizens on suspicion alone without due process of law.  Unconstitutional privacy violations are now enacted into law. President Trump has asserted the right to suspend the payroll tax.

These are extremely dangerous developments.  They are much more dangerous than “Muslim terrorism,” “white privilege,” “insensitivity to the transgendered,” and other main topics of national concern.  Yet they are ignored by both political parties.  The big civil liberty cause is not the right to due process.  It is the “right” of a biological male to declare himself a female.

In short, the United States is incapable of even recognizing its life-threatening problems, much less doing anything about them.  Collapse is closing in. I might live long enough to write the obituary.