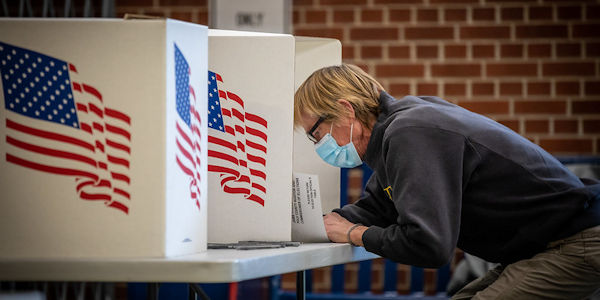 The Media Know There Was Vote Fraud So Why Do The Presstitutes Deny The Obvious?

The Presstitutes Speak With One Voice. They are unanimous that there was no vote fraud committed by Democrats and that a record number of Americans voted for a president suffering from mental confusion whose campaign rallies went unattended.

The Boston Globe, for example, claims that no election officials doubt the validity of the vote and that Trump “has launched a series of long-shot legal challenges in several state aimed at casting doubt on election results, despite no evidence of voter fraud”  ( https://www.bostonglobe.com/2020/11/10/nation/if-it-succeeded-it-would-be-coup-legal-experts-weigh-trump-teams-election-challenges/?p1=StaffPage ).

Even the financial news site, Bloomberg, has falsely declared that there is “no evidence of wrongdoing.”  How can the media know until the charges are investigated?

If fraud is not a possibility, why has the Georgia Secretary of State ordered a hand recount of the presidential race?

If there is no evidence of fraud, what is the point of such an order?

If there is no fraud, what is the basis of the legal challenges being filed by White House Counsel Giuliani?  A former US Attorney who presided over high profile cases is not going to squander his reputation by filing legal challenges with no evidence.

There is plenty of evidence.  The only question is whether the Republican Party and the courts have the stomach for the devastating blow to America’s reputation of proving that the Democrats with the complicity of the media stole a presidential election.  The Republicans might be more inclined to protect America’s reputation than Trump’s presidency, and the courts could worry that establishing election theft would undermine Americans’ confidence in their system and lead to political instability.

Leaders have had to deal with these kinds of concerns before.  Everyone on the Warren Commission knew that Oswald was not the assassin of President Kennedy, and the 9/11 Commission knew that the official story was false.  The 9/11 commission chairman, co-chairman, and legal counsel later wrote books in which they said that information was withheld from them and that the committee was set up to fail.

It was impossible to tell the public in the wake of the Cuban Missile Crisis with the Soviet Union that their president had been assassinated by the US Joint Chiefs and CIA with the complicity of the Secret Service.  The Warren Commission understood completely that destroying the public’s confidence in military and security leaders at a time of such tension with the Soviet Union would have been disastrous.  The same for 9/11.  The commission was not under any circumstances going to tell the public that it was a false flag attack necessary to launch two decades of war in the Middle East.

It is certainly the case that red state America knows the election was stolen, so withholding known information is not going to prevent a split in the country.  It will simply make it worse by giving red state America proof that the system is broken and cannot be fixed.

Nevertheless, Republicans and courts might not realize this, and even if they do they might not want to be the ones who pull the trigger.

Karl Marx said that audacity, if audacious enough, works, and Lenin proved it.  This, I believe, is what the Democrats and presstitutes are relying on.