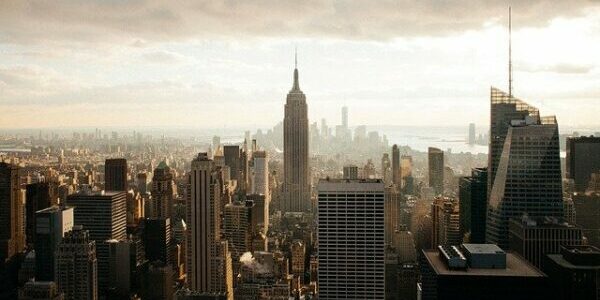 The King’s Prophets Have No Clothes

Hans Christian Anderson wrote a fable in 1837. His tale involves a vain king who was preoccupied with his appearance and wardrobe. A pair of swindlers took advantage of this by pretending to be able to weave the finest cloth, which couldn’t be seen by people who were either unfit for office or were particularly stupid. The king decided to have a suit of clothes made from the fabric in order to test which of his courtiers was unfit for office. And as he didn’t want to appear stupid or unfit for rule himself, he pretended to be able to see the “new clothes.”

He paraded the “new clothes” through the streets, and the onlookers, also not wishing to appear stupid, all admired them. A small child, not given to pretense, shouted, “But he has nothing on!”

The bubble of pretense burst and soon all the spectators were repeating what the child had said, while the king continued the procession, attempting to maintain his dignity by pretending that nothing had happened.

Hence, the expression, “The emperor (or king) has no clothes.”

After the presidency of Donald Trump, it is now obvious to everyone that the king’s prophets have no clothes.

I’m talking about the evangelical Christian “leaders” who literally destroyed their character, disgraced their position, dishonored their calling (if they ever had one) and deceived millions of believers in order to grovel before King Trump—a man whose arrogance, belligerence, bigotry, dishonesty, misogyny and moral depravity should have been easily identified by any man of God indwelled with the Holy Spirit.

Ezekiel 13:2 comes to mind: “Son of man, prophesy against the prophets of Israel that prophesy, and say thou unto them that prophesy out of their own hearts, Hear ye the word of the LORD.”

That’s exactly what these false prophets did: They prophesied out of their own hearts for their own self-interest. They didn’t heed or herald the Word of the LORD. They became court jesters for Donald Trump. Trump used those glory-seeking seers the way he used everyone. He played those pompous preachers the way Charlie Daniels played a fiddle.

When I was a young preacher, Dr. Jerry Falwell Sr. asked me to take a leadership position in the newly formed Moral Majority. I traveled with Jerry in his private jet (a jet that I later learned was given to him by the State of Israel) several times. I accompanied him in many rallies, and I attended many leadership meetings with him in Washington, D.C., and even overseas.

Of all of those experiences, one stands out. We were in a series of meetings in our nation’s capital, which often included appearing before the Washington media. In one such event, senior leaders sat at a large table on stage and fielded questions from reporters.

After answering several questions, a reporter asked what I thought was the best question of the hour. The reporter inquired, “Please tell us: Exactly what is it that you want?”

Wow! What a question! What an opportunity to articulate to the whole world the principles and convictions that had brought the Moral Majority into existence. My heart raced with excitement at the answer I thought sure was coming.

To my amazement, the leader who fielded the question (not Jerry Falwell) emphatically said, “All we want is a seat at the table.”

What? Say that again! All of this effort, all of this labor, all of this sacrifice of time and treasure was so some of us could sit at the seat of power? I couldn’t believe what I had just heard. I was in shock. But I dismissed my consternation and confusion to my youth and inexperience, figuring these men were much wiser and more spiritual than I was, and, after all, I had much to learn.

But then I sat in amazement as the leaders of the Religious Right supported Ronald Reagan’s appointment of George H.W. Bush as his Vice President; I watched as they supported Bob Dole and helped bury the candidacy of Pat Buchanan. I listened to their criticisms of anyone who would not go along with G.W. Bush’s illegal and unconstitutional wars, his creation of the Department of Homeland Security, his support for the Military Commissions Act, the Patriot Act—and all things Police State.

By the time Donald Trump came along, over 30 years of experience had taught me exactly the way this was going to work. The names were different. Many of the Old Guard had passed on, but the tactics would be exactly the same: Prominent Christian leaders would pander to the Republican standard bearer for “a seat at the table.”

To be fair, not all of the Christian leaders back in 1980 were driven by raw ambition and personal gain. Some of them were among the most humble, honest and sincere hearts that ever lived. But having seen the movement from its inception—up close and personal—those were not the hearts on display from far too many of them.

“All we want is a seat at the table,” said evangelical leaders in 1980. And they displayed that same sentiment in every presidential election thereafter until it reached an apex in 2016 and throughout the administration of one of the most corrupt presidents in U.S. history.

Imagine a man committed to fighting the Deep State and draining the swamp appointing as many swamp creatures to his administration as his establishment predecessors (from both parties), pardoning corrupt political cronies, Zionist spies, murderous war criminals, Zionist gangsters and convicted criminals of all sorts, but doing nothing to pardon the two men that have suffered the most fighting the Deep State: Edward Snowden and Julian Assange.

Imagine a man committed to fighting the Deep State giving Anthony “Heil Hitler” Fauci a totalitarian platform to enslave the entire nation and commanding the U.S. military to be responsible for dispensing experimental vaccines to the American people over a non-existent or at worst a cold virus.

This is a man who enthusiastically supports the Bill and Melinda Gates Foundation, one of the most nefarious organizations on the planet, an organization that is reported to having participated in the deaths of thousands of innocent people around the world by pushing experimental and dangerous pharmaceuticals (which is exactly what the Covid 19 vaccines are).

This is a man who concocted false flag events in Syria, resulting in U.S. bombings of innocent people, the seizing and plundering of oil fields and the murder-assassination of a foreign head of state; a man who incarcerated an American citizen for over a year without charge and without trial; a man who expanded Barack Obama’s presidential kill list; a man who attempted to block testimony of CIA torture; a man who expanded America’s burgeoning police state; a man who supported “red flag” gun confiscation laws; and a man who had a three-decade personal friendship with the ignoble Zionist pedophile, Jeffrey Epstein.

It’s all a matter of record now, and millions know it.

Furthermore, Trump’s zombies—with malice and forethought—gave the U.S. Senate to the Democrats, which put the entire federal government in the hands of Joe Biden.

It was virtually impossible that the Democrats would capture both Senate seats in Georgia—a longtime Republican stronghold. But Trump-hypnotized loyalists deliberately discouraged the GOP faithful in Georgia from voting. They made the Georgia Senate elections a referendum on Donald Trump—and to them, the way Georgians could vote for Trump was to stay home and not vote for the Republican Senate candidates.

The worst thing that can happen politically is for one party to hold power in the White House and both houses of Congress. The worst things happen when one party (Democrat or Republican) holds complete power in Washington, D.C.

Had the GOP won at least ONE of those two Georgia Senate seats, there would have been a little gridlock in DC—and gridlock is the absolute BEST thing that we can hope for in Washington. But Trump’s robots intentionally handed the Senate—and all of Washington—to Joe Biden and the Democrats.

Trump’s egomania knows no limits. He believes he can build a new party that will be able to push out the GOP in the same way that Lincoln’s radical Republicans pushed out the Whigs. Can he do it? We’ll see. Both major parties in DC are as corrupt as can be. But replacing either of them with a party led by a power-mad, would-be dictator like Trump would be jumping from the frying pan into the fire.

As for Trump’s false prophets, it was never about “making America great”; it was all about them getting “a seat at the table.”

Truly, the king’s prophets have no clothes.

Published in FAITH and US