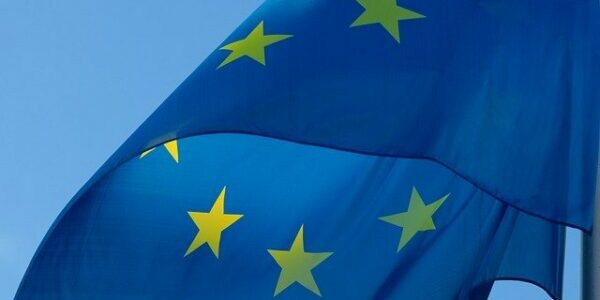 The Feminization of Western Men

In a remarkable interview published on Russia Insider in March 2019, RT’s Anissa Naouai interviewed Danish journalist Iben Thranholm about the disappearance of Western manhood: Dear European Men: You Are Pathetic Pussies.  This is a Danish woman’s conclusion.

Thranholm says that Western men have been feminized and Western women defeminized. She says feminists have destroyed men, who are now raised to be women. Consequently, there is no one to protect white women from the sexually aggressive immigrant-invaders brought into all European countries by the anti-white European Union, an enemy of national sovereignty that wants the destruction of European ethnic nationalities.  The EU is heavily supported by Washington and American money.

Thranholm’s conclusion resonated with me. For a number of years I have noticed that unless I am among older men I often only hear males with women’s voices, speaking like girls, the same intonation and the same words, “like,”  “really.”  I hear males who sound like Valley Girls. When you look at them you don’t see male strength, and neither does Camille Paglia who says androgyny is historically a sign of cultural collapse–https://www.lewrockwell.com/2021/05/no_author/lesson-from-history-transgender-mania-is-sign-of-cultural-collapse-camille-paglia/.  When I hear idiots in Washington and European capitals issuing threats to Russia, I wonder where they are going to find any men capable of fighting a Russian army.

Iben Thranholm says Western men have been deprived of strength and confidence by feminism.  All over Europe, white women of European ethnicity, French, German, Danish, Swedish are raped openly in public by the privileged people of color welcomed in by scum like Merkel, the corrupt French governments, the bought-and-paid-for Italians, the dumbshit British, and the white men just look away and walk on by. Not only has feminism deprived men of any sense of obligation to their women, they are scared to death of being arrested for offending a person of color by interfering with his rape of a white woman.  Indeed, in Scandanavia women are not only afraid to leave their homes, they are afraid to report their rape, because the police might charge them with a hate crime for claiming rape by a protected person of color. In Sweden the protection of Swedish women is so nonexistent that it is becoming a right for a person of color to rape a Swedish woman.  The treasonous governments, treasonous against their ethnic populations, will not confront the mistake they made by overwhelming their nations with immigrant-invaders whom they refuse to hold accountable. Therefore, they blame the raped white women.  And the Swedes are such sheep that they reelect governments that favor immigrant invaders over ethnic Swedes. Who can imagine a Swedish army confronting a Russian army? It would be a five minute war.

The same for all of Europe.  The immigrant-invaders have shown that they can walk through European authority like a wet paper bag.  There is nothing there but self-doubt and self-hate.  Europe exists only as a geographical location. To understand Europe and the collapsing US, read Jean Raspail’s The Camp of the Saints.

How ironic it is. NATO has an army, in name if not in fact, to protect against Russia, which presents no threat.  Yet nothing can be done to protect the women of Europe from immigrant-invaders welcomed in by the excrement that comprises European governments. Does anyone less represent German ethnicity than Merkel?  Does anyone less represent French ethnicity than Macron?  Where in European politics is there any sign of concern for European ethnicities?

Iben Thranholm says that by destroying manhood, the feminists have unbalanced society and left themselves at peril.  There are no longer any men.

Here is the interview.  Everyone, especially feminists, will do very well to listen. The RT interviewer leaves something to be desired, but Iben Thranholm gets her point across.  https://russia-insider.com/en/dear-european-men-you-are-pathetic-pussies-iben-thranholm-video/ri12471

Published in CULTURE and WORLD