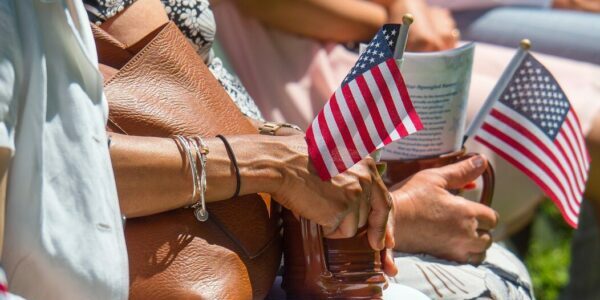 The Deracination of the Western World

The Western World has entered a Dark Age from which it is unlikely to emerge intact.  In Europe nations once based on distinct ethnicity have opened their borders to mass immigration of unassimilable peoples, thus destroying their internal unity.  These same nations have also abandoned their sovereignty. The US, EU, and Globalism preside over Europe. The main European countries no longer consist of nation states.  In France citizens who complain of the marginalization of the French people in their own country are prosecuted. In Germany they are branded Nazis and subjected to legal threats.  Germany doesn’t even permit its citizens to express opinions with which Jews disagree. Having just completed a two and a half year prison sentence for Holocaust denial, 92 year old Ursula Haverbeck has been convicted again  by German courts for doubting aspects of the Holocaust in a 2018 interview. In Greece a nationalist political party, Golden Dawn, was declared racist, xenophobic, and fascist, charged with running a criminal organization and had its leaders and its members in the Greek government arrested and sentenced to prison. The ethnic base of European countries has been effectively silenced.

In the US the Democrat Party has just stolen a presidential election. Seventy-five percent of Republicans and even 30 percent of Democrats can see that the election was stolen.  They can also see that the presstitutes denied from the earliest moment all evidence of electoral theft without investigating a bit of it. They have witnessed state election officials and the judiciary bless the theft.  The American Establishment has closed ranks to rid itself of a non-establishment outsider, a president who dared to represent the people instead of the elites and their agendas. Getting rid of Trump also got rid of democracy, thus advancing the elite’s agenda of globalism.

In the United States rights and crimes are allocated by race and gender, and freedom of speech and criminal laws are applied according to who is woke and who is not.  Burning an American flag, clearly an act expressing hatred, has been declared free speech by the US Supreme Court, but in Iowa Adolfo Martinez was sentenced to 16 years in prison for the hate crime of burning a LGBTQ flag.

US Democrat Representative Tulsi Gabbard is accused of transphobia by presstitutes and the liberal/left who denounce her as a “bigot, scum, horrible, and a TERF”  (Trans-Exclusionary Radical Feminist) for introducing a bill that limit’s women’s sports to biological females.https://www.rt.com/usa/509357-tulsi-gabbard-female-sport-transgender/

Joe Biden, a gangster who is on public record bragging to the Council on Foreign Relations how he blackmailed the president of Ukraine into firing the prosecutor investigating the firm on which Biden’s son, Hunter, sat as an overpaid “director,”  has been selected by the Establishment as the American President. Biden is also implicated by emails on his son’s computer, which is in the uninterested hands of the FBI, in selling political protection and influence for money. The establishment’s vice president, Kamala Harris, is a woman of color who hates white people. The white liberal establishment magazine, Time, has just chosen both as “Person of the Year.” https://www.rt.com/usa/509309-biden-kamala-time-person-year/  The belief that white Americans are racists is so firmly established that even conservative authors in conservative magazines accept it as fact. In the December issue of Chronicles, Mark G. Brennan attributes opposition to President Franklin D. Roosevelt’s threat to pack the Supreme Court to racial bigotry masked by a defense of judicial independence.

In a boxing match white boxer Jake Paul knocked out black boxer Nate Robinson and was asked on TV if the knockout meant he was racist.  Will be interesting to see how this plays out.  Will it be racist for a white pitcher to strike out a black baseball player? For a white to block a pass  by a black quarterback?  Will it be racist for a white to win a tennis or swimming match with a person of color?  The logic behind who can burn a flag suggests a yes answer to these questions.

Most American parents are unaware that these developments, which they regard as silly and ridiculous, are being acculturated into their kids as the new normal.  The kids are being trained in school to regard race and gender based rights as inherently just.

Few white parents are aware that beginning in kindergarden and continuing through graduate school their white kids are receiving deracination, not education.  Instead of enculturation into their culture, they are being made both alienated from it and ignorant ot it.

Why were students chanting ”Western civ has to go”? They were chanting this, because Western Civiization was presented to them as a racist, misogynist, colonialist-imperialist culture that oppresses and exploits “people of color.”  The former left—the Marxists—had blamed the capitalist for exploiting and oppressing the working class, but today the capitalists and workers, if white, are lumped into the same victimizer class.  In the present day liturgy, race, not class, is the basis of conflict and oppression.

An American school kid or university graduate is far more likely to be exposed to African writers than to Shakespeare or any literature of their own heritage.  The consequence is to make them illiterate of their own culture and to acculturate them into the perspective of a foreign victim culture.  They never learn anything about their culture except the propaganda against it.  Therefore, they are unfamiliar with the literary references, the metaphors, and concepts in Western literature and are incapable of comprehending works in the Western literary heritage.  The are cut off from their own past. They cannot read their own culture’s literature with understanding. This makes it possible to misrepresent their own culture to them as racist and misogynist.

This is the situation in America today and also throughout Europe, UK, Canada, Australia and New Zealend.

People cut off from their past do not know that there is something to defend.  Therefore, they are sitting ducks for attack. Indoctrinated as they are against their own race, they prove their morality by attacking their own.

Any attempt to defend the achievements of Western civilization is regarded as ipso facto proof of white racism. This makes it impossible for white people to defend themselves, their history, culture, and achievements.

My conclusion is that white people in America today, and throughout the Western world, are in a weaker position than Jews were in Nazi Germany.

It is nonsensical to say that whites are still a majority and will be for some more years when so many of educated, that is, indoctrinated, whites are against whiteness. White Americans who believe in themselves are a shrinking percentage of the American population.

Antifa and BLM are largely white people financed with white money. Many whites themselves are against white people.  The white mayors of Portland, Seattle, and Minneapolis refused to protect white businesses from looting and burning by Antifa and BLM. Their response to violence was to defund the police. These mayors are examples of the collapse of white confidence.

The collapse of confidence has always been fatal to civilization.