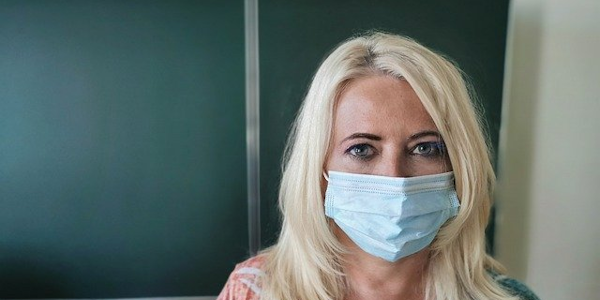 We have been deceived by public health authorities about Covid, partly from public authorities’ ignorance of the virus, its spread and treatment, but mainly on purpose.

One reason we were intentionally deceived by public health authorities, and continue to be deceived by them, is to create a market for a Covid vaccination.  There are billions of dollars of profits in this, and Big Pharma wants them.  The financial connections between public health authorities and Big Pharma means that WHO, NIH, and CDC also desire mass vaccinations.  If there are not enough people scared out of their wits to voluntarily seek vaccination, the chances are vaccinations will be made mandatory or your ability to travel, and so forth, will be made dependent on being vaccinated.

Another intentional reason for our deception is the Covid threat justifies voting by mail from the safety of one’s home.  Voting by mail means that no winner can be declared on election night.  The mail-in votes will have to be counted as they come in. The delay in declaring an election winner allows time for more propaganda that Trump has (1) fraudently rigged his reelection or (2) has lost and won’t step down.  As the presstitutes speak with one orchestrated voice, whether Trump wins or not will be buried in reports that he lost and refuses to step down or that he won by fraud.

Even if Trump survives the color revolution planned for him, he will be under attack as an illegitimate president just as he was during his first term when he was allegedly elected by “Russian interference.”  This will suffice to prevent a renewal of his attack on the Globalist Establishment—listen to his first inaugural address—and again sideline his desire to serve peace by reducing the dangerous tensions with Russia, a policy that deprives the military/security complex of its valuable enemy.

As  presidents John F. Kennedy and Ronald Reagan learned, reducing tensions with Russia threatens the budget and power of the military/security complex that President Eisenhower warned Americans against.  This complex has more power than the president of the United States. As no one would any longer believe another “lone assassin” explanation, Trump is being assassinated with false accusations and a color revolution.  For awhile Trump used Twitter to refute the false accusations, but now the President of the United States is censored by Twitter.

When the color revolution strikes, Trump will not be able to communicate with the American people through print, TV, NPR, or social media.  There will only be charges against Trump, and no answers from him.

The Democrats are claiming that as the Postmaster General is appointed by Trump, he will rig the mail-in votes by not delivering votes from blue states.  Yet polls show that the vast majority of Democrats are voting by mail and that hardly any Republicans are.  This is because the postal union is a public-sector union and belongs to the Democrats. The postal workers already have their instructions:  deliver no votes from red areas.  Obviously, no Democrats would vote by mail if they thought the Postmaster General had any control over mail delivery. The Republicans know that the postal union will not deliver their votes and are voting in person. ( Thousands of undelivered, unopened votes from 2018 have been found in a trash dump–https://www.thegatewaypundit.com/2020/09/exclusive-california-man-finds-thousands-unopened-ballots-garbage-dumpster-workers-quickly-try-cover-photos/ ).

This should mean that on election night Trump will have a tremendous victory, but the delay to count the mail-in votes gives the Democrats the time needed to figure out how large the mail-in vote has to be to win or contest the election.

It is not only mail-in voting but also absentee ballots that don’t get delivered:  https://www.zerohedge.com/markets/wisconsin-authorities-investigate-absentee-ballots-found-ditch-fbi-probes-discarded-pro?utm_campaign=&utm_content=Zerohedge%3A+The+Durden+Dispatch&utm_medium=email&utm_source=zh_newsletter

A third reason for the intentional misrepresentation of the Covid threat is to build the growing police state on more intrusions into private life.  The public health threat is used to mandate unconstitutional intrusions that close private businesses or force them to operate at 50 percent capacity, thus driving them into bankruptcy and destroying the lifework of people in the name of public health. The threat is also used to accustom the public to obey mandates to wear masks that provide zero protection.  Although opposition to this harmful policy is rising in the US and is strong in Germany and the UK, the fear of Covid that has been indoctrinated has caused most populations to behave as lemmings.  People are being trained to obey edicts that harm them.

Now, let’s look at the misrepresentation of the Covid Threat itself.

Many medical professionals have shown, with evidence, that the Covid threat has been greatly overstated.  According to the CDC’s own data, of the alleged 200,000 Americans killed by Covid, only 9,000 actually were.  The remainder had 2.6 co-morbidities that in fact killed them.  The CDC reports that in only 6% of the reported Covid deaths was Covid the only cause.  For 94% of the Covid deaths, there were on average 2.6 comorbidities or additional causes of death–https://www.cdc.gov/nchs/nvss/vsrr/covid_weekly/index.htm?fbclid=IwAR0LhME5kaVDj5hGFZ-G5ypGdMDaGlkPi0DF8aDKL_bUDi0hJsN_Fq5zPUQ#Comorbidities

The CDC concludes that the initial fatality rates were overestimated. If you have the virus, the CDC reports the survival rate by age group. As I read the report, the percentages are all Covid deaths including those with an average of 2.6 comorbidities.

In addition to existing morbidities, many who died from Covid died from the ventilators or from being denied HCQ treatment.  HCQ, a safe and certain cure, was demonized by public health officials in alliance with Big Pharma and the presstitutes, because it is inexpensive and in the way of vaccine profits.  If there is a cure, there is no need for a vaccine that some experts believe will  be more dangerous than Covid itself. (Doctors in Florida claim to have found a second cure–https://bgr.com/2020/09/26/coronavirus-cure-icam-protocol-florida/ )

The Covid threat is being kept alive by the presstitutes and public health officials until a vaccine can be developed.  The latest claim is that the return of the young to colleges has reignited the contagation and spreading it to the adult population in a second wave. This “threat” is an orchestrated hoax. According to the data, the 48,299 Covid-19 cases reported at 37 US universities are associated with only two hospitalizations and zero deaths–https://www.thegatewaypundit.com/2020/09/scam-48299-covid-19-cases-37-us-universities-2-hospitalizations-zero-deaths-likely-killed-dog/

There is talk of returning to lockdowns and more stringent mask requirements. All of this is to keep people, especially the elderly, frightened and supportive of vaccination. Proper testing of the vaccine is suspended in an effort to rush it to market before Covid disappears ( https://www.rt.com/news/501523-western-pharma-vaccines-rush-hypocrisy/ ).

Dr. Mike Yeadon, former Chief Science Officer for Big Pharma giant Pfizer says that the pandemic is over and that the Covid test produces “false positives” and does not indicate infection with Covid.  Dr. Yeadon said that we are basing a government policy, an economic policy, and a civil liberties policy on “what may well be completely fake data on this coronavirus.” According to Dr.Yeadon, a “second wave” and “any government case for lockdowns, given the well-known principles of epidemiology, will be entirely manufactured” ( https://hubpages.com/politics/Pfizer-Chief-Science-Officer-Second-Wave-Based-on-Fake-Data-of-False-Positives-for-New-Cases-Pandemic-is-Over ).

It is clear that the Covid threat was overestimated at great cost–https://www.paulcraigroberts.org/2020/09/23/covid-19-threat-was-greatly-overestimated-at-huge-cost/ .  The Belgian medical profession has demanded a halt to the Covid propaganda–https://www.paulcraigroberts.org/2020/09/18/belgian-medical-profession-demands-a-halt-to-covid-pandemic-propaganda/

Of course Big Pharma and its shills such as Fauci, Redfield, and the presstitutes, will continue to keep the “Covid Crisis” alive as it is essential to Big Pharma’s vaccine profits, the Democrats’ color revolution against President Trump, and the training of populations to accept more government control over their lives.