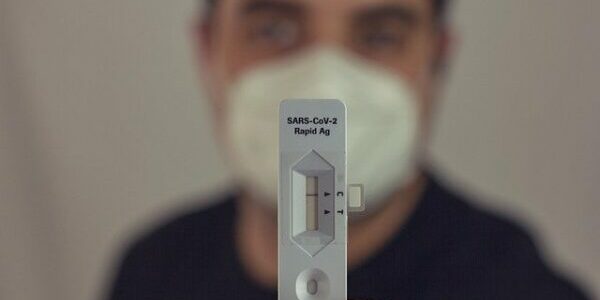 The Covid Deception Is a Power Grab

In a recent interview with Geopolitics & Empire — https://guadalajarageopolitics.com/2022/01/18/paul-craig-roberts-it-may-well-be-the-end-of-the-world/ — Hrvoje Moric asked me if there was an explanation for the uniformity of countries’ Covid policies with even the “free world” shutting down civil liberties with tyrannical lockdowns, mask, vaccine, and passport mandates, and falsified pandemic and death data. I said it looked very much like a conspiracy but that I did not understand how such a far-flung conspiracy could have been organized and wondered if it was simply stupidity and lemmings following lemmings over the cliff. If I had read prior to the interview Kees Van Der Pijl’s new book, States of Emergency (Clarity Press, 2022, https://www.amazon.com/States-Emergency-Keeping-Global-Population/dp/1949762483/ref=sr_1_1?crid=2BSTKPISXM0JT&keywords=States+of+Emergency&qid=1642866367&s=books&sprefix=states+of+emergency%2Cstripbooks%2C81&sr=1-1), I would have had a better answer.

Kees Van Der Pijl, an author of distinction, writes that the global ruling class or oligarchy used Covid-19 to seize power by declaring a state of global emergency. He explains that the Information Technology revolution by creating a global information and communication system was ushering in a social transformation inimical to the oligarchy’s hegemony over society. In order to stop this transformation, the global elite used lockdowns, mandates, censorship and controlled narratives to seize control over populations.

Van Der Pijl makes a cogent argument. He shows that the “pandemic” is a political emergency, not a medical one. Its purpose was to suppress populations and transition to an authoritarian state and social structure. The elites’ abandonment of class compromise resulted in populist movements against elite control. To prevent a revolutionary force from emerging, a “Covid crisis” was used to advance authoritarianism and override objections from the people and from independent medical scientists. The orchestrated “pandemic” provided perfect cover for establishing a surveillance society on the basis of medical emergency without having to use overt violence.

The “Covid Pandemic” emerges as the most threatening example to date of Disaster Capitalism in which catastrophes are orchestrated in order to advance economic and political agendas.

Van Der Pijl believes that the global elite’s power seizure will fail. It is too counterfactual and affects elite interests differently, giving rise to conflicts within the global oligarchy. He says that as it becomes clear that we have been deceived, the elite and their institutions will lose authority, and the path will be clear for a better and more open democratic society.

Van Der Pijl has provided us with a very interesting and eye-opening book. If his book is widely read, people will gain immunity to the self-serving narratives of the global elite.

Published in HEALTH and WORLD