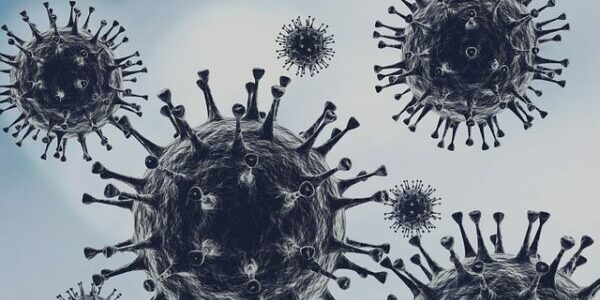 The Covid “Crisis” Was A Hoax From The Beginning

There has never been a Covid “crisis.” It was a hoax from the beginning. The only crisis we’ve experienced over the last year and a half is the crisis of a burgeoning medical and governmental tyranny that is attempting to enslave the entire world.

The CDC Montana data in July and September of this year [state that] per capita survival in Montana is 99.9%, and the survival rate per Covid (+) person has actually improved in two months from 98.5 to 98.7%…How does this translate into a crisis?!?!

Note from the data that the number of Montanans who tested (+) for Covid is < 13% of the population of Montana, even though more tests have been done than the stated population of Montana. Understand also that CDC data is always going to provide worst case scenario numbers that the public generally acknowledges is inflated.

What some are claiming is a hospital crisis warrants a closer look.

Spring 2020: A crisis was claimed. Articles in the paper of employees demanding more PPE, even though the hospital was close to empty and 600 employees were furloughed soon afterward.

Fall 2020: A crisis was claimed. Allegedly hospital was overrun with sick Covid patients. In reality, it was hospital/skilled nursing facility policies and low staffing that caused the hospital to be overrun. Patients who qualified for Remdesivir (an antiviral originally developed against Ebola, so decidedly is not specific for a novel corona virus) got 5 days of hospitalization added to get the antiviral medication, even if they were well enough to go home. Skilled nursing facilities and rehab facilities would not accept covid (+) patients—therefore, patients who weren’t well enough to go home but not sick enough to stay in the acute care hospital stayed in the acute care hospital further increasing the number of hospital beds filled.

Current claim of crisis: Similar to Fall 2020, even though now we have out-patient antiviral medications available.

The current fearmongering is leading people to get tested for COVID for even the most minor symptoms or exposures, driving up the number of tests being done, and that will always lead to more (+) tests that are called “cases,” even if the patients have minimal or no symptoms. Then the number of new so-called “cases” drives the fearmongering, leading to more testing, more (+) tests, continuing the cycle.

Any seasoned physician who has worked through decades of cold and flu seasons knows that most people have mild symptoms, some severe enough to miss school or work, occasionally one is hospitalized and close to 100% survive. 2020 was no different. This summer cold/flu season, I saw more people sick with viral syndrome symptoms than probably in the last 10 years…nevertheless, the survival remains close to 100% and less than 5% hospitalized.

I have already shared information about mask harms, the lack of proven efficacy of masks, inaccuracy of covid testing, the zero deaths and hospitalizations of Montana children with a covid (+) test. You are not following science and data by forcing masks on children.

We’ve already taken a number of steps to supposedly protect us from Covid…but oh, the cost.

Politicians are demanding we hunker down again. Can’t we do things a little smarter this time? Can we keep from punishing our citizens for the sake of conformity and style?

Let’s do better this time. Below is a partial list of some examples of those who took the brunt of the suffering in the last mandates. Let’s find a way to do better for these people.

2. Prolonged suffering due to delayed surgeries or surgeries not done—Ex. People’s joints grinding in pain.

3. Old, sick Americans, productive people all their life, were destined to die alone, without the benefit of the comfort of friends or family.

5. Hard-working couples, with their life savings and their mortgaged houses invested in their ma and pa small businesses, lost everything and were evicted from their foreclosed homes.

6. One of the worst things mandates do is set Americans against Americans.

This medical scientist shows that not only is coronavirus NOT a crisis, but instead, the Covid vaccines are themselves the toxins that produce the virus. In other words, the vaccines are the crisis.

This physician also points out that the Covid vaccines are responsible for a “20 times increase” of cancer in vaccinated patients.

On March 18, Dr. Ryan Cole, a board-certified pathologist and owner and operator of a diagnostics lab, reported to the public in a video produced by Idaho state government’s  “Capitol Clarity” project, that he is seeing a massive ‘uptick’ in various autoimmune diseases and cancers in patients who have been vaccinated.

“Since January 1, in the laboratory, I’m seeing a 20 times increase of endometrial cancers over what I see on an annual basis,” reported Dr. Cole in the video clip shared on Twitter.

“I’m not exaggerating at all because I look at my numbers year over year, I’m like ‘Gosh, I’ve never seen this many endometrial cancers before’,” he continued.

Explaining his findings at the March 18 event, Cole told Idahoans that the vaccines seem to be causing serious autoimmune issues, in a way he described as a “reverse HIV” response.

According to Cole, in patients with HIV, there is a massive suppression of “helper T-cells” which cause immune system functions to plummet, and leave the patient susceptible to a variety of illnesses.

Cole goes on to state that as a result of this vaccine-induced “killer T-cell” suppression, he is seeing an “uptick” of not only endometrial cancer, but also melanomas, as well as herpes, shingles, mono, and a “huge uptick” in HPV when “looking at the cervical biopsies of women.”

In addition, the VAERS reporting system of vaccine injuries shows a frightening escalation of (Covid) vaccine related deaths in 2021.

The VAERS reporting system was set up in 1990 by the Centers for Disease Control and Prevention (CDC) to monitor adverse events that occur after administration of vaccines.

Deaths from vaccines are underreported. VAERS data show a yearly average of 1,400 deaths following vaccination between 1990 and 2013; a 25-fold underreporting of deaths based on a VAERS report must be assumed because VAERS captures only 1%-10% of vaccine-related adverse events.

The main reasons for the underreporting include the fact that VAERS is voluntary (unlike with mandatory reporting systems), VAERS forms are not generally available at the time of vaccination, doctors may be unaware of VAERS or do not recognize an event as being vaccine related.

From the time that the COVID vaccines came into the population, there have been 14,701 deaths reported from the vaccine according to VAERS. Many of those have come from within the last month and a half with around 3,300 deaths. That’s about 70 per day!

To show you just how unusual these sorts of numbers are, take a look at this chart that breaks down deaths reported to VAERS by year.

Never forget that the granddaddy of what we now know as Big Pharma is Mr. Eugenicist himself, Bill Gates. His fingers (and money) are deep in this phony Covid “crisis.” Anthony Fauci might be the highest paid member of the federal government, but his loyalty is NOT to the American people; it is to Bill Gates and Big Pharma.

There is a plethora of evidence (and I have documented some of it in previous columns here and here) that Gates and Company have been conducting medical experiments on people in third world countries—resulting in the injury and death of thousands—for decades. Now, they are conducting a medical experiment on the entire planet, which is lining their pathetic, pathological pockets with trillions of dollars.

The global consequences of this corrupt Covid experiment could prove to be catastrophic to millions of people all over the world—young and old.

I, again, encourage readers to watch my latest message DVD entitled How Are Forced Covid Vaccinations Different From The Mark Of The Beast? They Aren’t!

I also encourage readers to watch this 5-message DVD entitled The Rise Of The Beast: Coronavirus And Antichrist.

These five messages show how the egregious errors of Scofield futurism—including the mythical “Rapture” doctrine—have deceived evangelicals and ushered them into an antichrist Covid Empire. It is no coincidence that evangelical “leaders” such as Franklin Graham and Robert Jeffress, who are enthusiastically promoting this jeopardous jab, are also ardent disciples of Scofield’s heresies.

I also have two other message DVDs that are very relevant to this discussion: The Babylon Of Revelation 13 and Why Christians Have Capitulated Their Convictions To The Coronavirus.

The Babylon message shows how pharmaceuticals are a major tool used by antichrists to deceive and destroy people under their control.

The Christian Capitulation message examines the alien spirit that motivated Christians by the millions to prostrate themselves before the phony Covid narrative.

No! There has NEVER been a Covid “crisis.” It was a hoax from the beginning. The only crisis we’ve experienced over the last year and a half is the crisis of a burgeoning medical and governmental tyranny that is attempting to enslave the entire world.