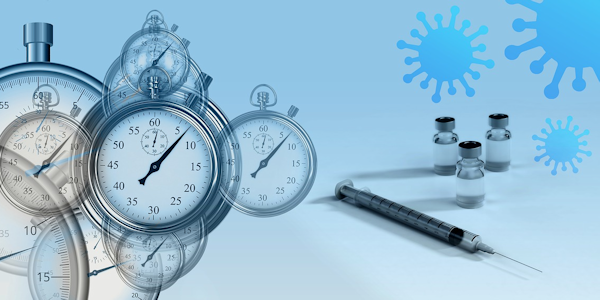 Big Pharma and its minions such as Anthony Fauci and Robert Redfield are determined to use Covid-19 to vaccinate us all at the expense our lives and pocketbooks.  They are using the media, grant-dependent professionals,  medical journals, and the presstitute media to conduct a campaign of disinformation about an inexpensive and successful treatment in order to pave the way for a likely unsuccessful, possibly dangerous, but very profitable vaccine.

The successful treatment is hydroxychloroquine-azithromycin and zinc. Hydroxychlorquine has been used for decades to treat malaria, lupus, and rheumatoid arthritis and has a decades long record of safety.  Despite its record of safe useage, Big Pharma and its hired hands have concocted a disinformation story that if you take it you will have a heart attack.  As Trump endorsed hydroxychloroquine, everyone who is against Trump for other reasons has picked up Big Pharma’s line as it is another avenue toward the goal of discrediting Trump.

The fact of the matter is that medical doctors involved with Covid-19 treatment report highly successful results with hydroxychloroquine.  I have posted a number of reports in which doctors and renowned scientists report the effectiveness and general safety of hydroxychloroquine.

See, for example this and this.

The reported success of vitamin C in the treatment of Covid-19 is also subjected to disinformation by Big Pharma and its minions.

This might strike some gullible people who trust the system as an excessive accusation, but Big Pharma has long made it clear that profit comes before life.  Dr. Peter C. Gotzsche, professor of clinical research, director of the Nordic Cochrane Center, and chief physician of Rigshospitalet and the University of Copenhagen has documented that Big Pharma’s “medicines” are the third largest killer after heart disease and cancer.

We have been sold on vaccines in the face of evidence of the harm they do to some people and  the fact that they are used despite an imperfect understanding of the human immune system.  Moreover, coronaviruses are not of a class that permits effective vaccines.

But we are going to get one whether or not it is effective and whether or not we want to be vaccinated. Bill Gates is working to make sure vaccination is mandatory for all. Otherwise you cannot leave your home or your FEMA containment center. Money is pouring not into known effective treatment but into vaccine research as companies and countries race for a patent.  Bill Sardi reports that Chicago has “already purchased the syringes and spotted locations for vaccination stations.”

Americans need to come to grips with how money has corrupted everything. So many of the people and institutions we formerly relied on to speak truthfully are now dependent  on grants from corporations, government agencies, and self-interested donors with agendas that truth is the casualty.  Yes, scientists will now lie for money.  Universities will produce “studies” that advance the donor’s agenda. Physicists dependent on Washington’s grants will hold their tongues when presented with obviously false claims such as massively constructed steel buildings built to withstand airliner collision collapsing into dust because of isolated low temperature fires and strikes by flimsy aluminum airplanes.

There are a number of ways that studies can be designed to produce a conclusion that a specific treatment is or is not effective.  Consider hydroxychloroquine.  A study can get poor results from this treatment by using it as a late stage treatment when Covid-19 has advanced beyond treatment.  This appears to be the case with the New England Journal of Medicine report that “hydroxychloroquine use was not associated with a significantly higher or lower risk of intubation or death.”

Like any disease, successful treatment needs to begin early, not at a late stage.  The many doctors who report success with hydroxychloroquine stress that the treatment should begin early and not be used only as a last resort.  It turns out that the NEJM study was funded by the National Institute of Health, a Big Pharma influenced organization that is hostile to a cure as opposed to a vaccine.  It is also curious that the article, “Observational Study of Hydroxychloroquine in Hospitalized Patients with Covid-19,” was quickly published in a few weeks instead of the usual lengthy time required to clear the peer-reviewed process.  And it is also curious that many were primed to use the study to discredit hydroxychloroquine despite the inconclusive study.

A corrupt establishment and media that can sell us 9/11, Saddam Hussein’s weapons of mass destruction, Iranian nukes, Assad’s use of chemical weapons, a Russian invasion of Ukraine, Russiagate and a large number of other lies can also sell us on locking up a successful treatment in the closet while we await a vaccine.

My generation grew up without vaccines and without all of the associated illnesses associated with vaccines among the over-vaccinated youth of today. Today vaccinations begin at birth and increase into high numbers.  Does the natural immune system ever develop?

That is an irrelevant question.  The driving force behind vaccination is profit, not health. If we want a health system instead of a death system, Big Pharma must be nationalized and run by scientists on salaries without patent rights and “performance bonuses.”

Published in BUSINESS, HEALTH and SCIENCE