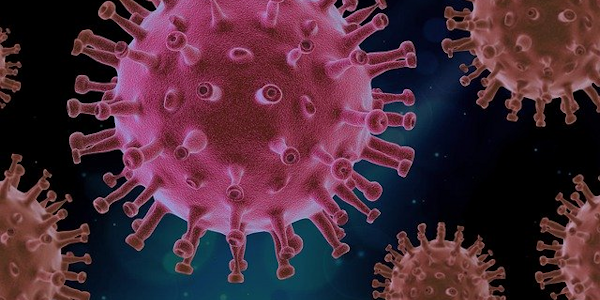 The Controversy Over Who Is Responsible for Coronavirus Is Heating Up

Let’s hope the Neoconservatives and American presstitutes don’t add a conflict with China to the ongoing virus and economic threats. See this and this.

First, is the virus a bioweapon?  Second who is responsible?

Two sources concluded that the virus was a bioweapon.  One is Francis Boyle, who drafted the US implementing legislation for the Biowarfare Convention that became US law in, I believe, 1989.  Boyle says the US government violates the law and has 13,000 scientists working on biowarfare research.  Boyle said  in February that the gainer function of the virus was done at a UNC lab at which a Wuhan scientist was present, and the HIV features were done in Australia where a Wuhan scientist was present.  He says the scientists took the work back with them and the result was Covid-19.  Also in February or March a scientific paper by scientists in India concluded that the virus was man-made.  Their paper was taken down without explanation.

A top virologist, whose statements to the Belgium government concerning the inadequacy of the government’s response to the virus I have posted on my website, tells me that the Indian scientists were mistaken, and that the virus is naturally evolved.  As he is not involved in bioweapons work, I do not think he is covering up illegal activity by US and Chinese governments. He shows in his public concern every indication of being a highly principled person of unquestioned ability and character. Moreover, his position seems to be widely shared among experts.

As for responsibility, it seems both China and the US are responsible. It is clear from news reports that the US contributed millions of dollars to the Wuhan level 4 lab for research having to do with bats and coronavirus.  What this research was, we don’t know. We only know what they say. But the US government was aware of the bat coronavirus research and helped to fund it. There was also a report that after the virus outbreak the president of China suddenly removed the top people at the Wuhan facility and put in charge a woman who was an expert virologist.  The Chinese president XI thought something had gone wrong at the lab and said it was the duty of the government to protect the people.

We also know that various Chinese officials and press said the Americans had brought the virus with them when they came to Wuhan to participate in the military games.  The Chinese did not mean on purpose, but that someone among the US team was infected without having symptoms, often a feature of the virus. There was some discussion in which US health officials seemed to acknowledge that the virus might have been active in the US before it broke lose in a mass way.

We also know that Trump and now the neoconservative warmongers are blaming China for keeping quiet too long about the virus.  This claim as far as I can tell is false.  It seems to be mainly propaganda against China.

We also have had reports that a US military lab in Texas was suddenly closed out of pathogen concerns by the Obama regime.

How all this fits together or doesn’t I don’t know.

The politics of the virus will make it difficult for the truth to emerge.