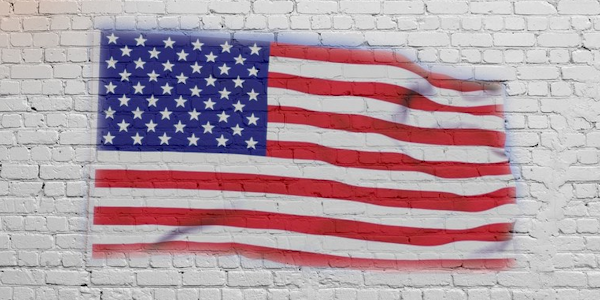 The Biggest Global Hoax In History

Of course, by joke, I don’t mean funny (it would be funny if it wasn’t so deadly serious). I mean stupid, idiotic, moronic, asinine, senseless, imbecilic, dumb, etc. Then again, what it really shows is the pure evil and wickedness of the people fomenting all of this fear and the crass gullibility and slavish spirit of a sizable percentage of the American population.

Here is Dr. Ron Paul exposing the lies about corona.

But what is most disconcerting (at least to me) is the way pastors and churches grovel before these tyrants. For years, I have tried to warn Christians about the evils of the 501(c)(3) non-profit government churches.

In order to stay on the smiley side of the Internal Revenue Code 501(c)(3), churches have sold their spiritual birthright and Bible convictions. They are happy to crawl on the floor and eat the crumbs that fall from the king’s table, like dogs on a chain.

Do you want to know why so many of these government “churches” are STILL closed? I’ll tell you why: They are being paid by the government to stay closed. That’s why.

Megachurches and other religious organizations with ties to vocal supporters of U.S. President Donald Trump were approved for millions of dollars in forgivable loans from a taxpayer-funded pandemic aid bailout, according to long-awaited government data released this week.

Among those approved for loans through the massive government relief program were a Dallas megachurch whose pastor has been an outspoken ally of the president; a Florida church tied to Trump spiritual adviser and “prosperity gospel” leader Paula White; and a Christian-focused nonprofit where Jay Sekulow, the lawyer who defended the president during his impeachment, is chief counsel.

Vice President Mike Pence spoke at a rally last month at the First Baptist Church of Dallas, whose pastor, Robert Jeffress, has been on Trump’s evangelical advisory board. The church was approved for a $2-5 million loan, the data showed.

Launched on April 3, the Paycheck Protection Program (PPP) allows small businesses, nonprofits and individuals hurt by the pandemic to apply for forgivable government-backed loans. Some say allowing religious institutions to qualify for loan forgiveness highlights a breakdown in the American tradition of a strict separation of church and state.

“The notion of separation of church and state is dead, and the PPP loan program is the evidence of that,” said Micah Schwartzman, a professor at the University of Virginia School of Law. “The money is going to fund core activities of many organizations, including religious organizations. That’s something we’ve not seen before.”

The list of religious organizations approved for about 88,400 small business loans also included Faith and Freedom Coalition Inc in Georgia, which qualified for a $150,000-$350,000 loan. The evangelical group’s founder and chairman Ralph Reed praised Trump for his photo-op at a church nearby the White House after authorities hurled tear gas and shot rubber bullets at protesters.

Cross Church of Arkansas, whose pastor emeritus has been a member of Trump’s evangelical advisory board, received a $1.8 million loan and will seek loan forgiveness if the requirements are met, a spokesman told Reuters.

The American Center for Law and Justice Inc, a nonprofit founded by televangelist Pat Robertson and also known as Christian Advocates Serving Evangelism Inc., was approved for a $1-2 million loan. Sekulow is listed as chief counsel on the organization’s website.

Of course, it’s not just conservative Republican-leaning churches that are cashing in on the corona hoax; so are liberal Democrat-leaning congregations. See this report.

Direct taxpayer support for churches (something anathema to America’s Founding Fathers and our U.S. Constitution) started in earnest under the corrupt presidency of George W. Bush and his “Faith-Based” initiatives. Under Donald Trump, these putrid, pernicious, pathetic and perverse programs are in full bloom.

Thomas Jefferson rightly noted, “To compel a man to subsidize with his taxes the propagation of ideas which he disbelieves and abhors is sinful and tyrannical.” Amen!

While on the subject of war, I guess you saw that the U.S. Senate just voted to continue the never-ending war in Afghanistan and the global “war on terror” by a vote of 60 to 33, with 7 abstentions. Only 4 Republican senators voted to end the wars. (The Republican Party has been a War Party ever since Abraham Lincoln launched his ungodly and unnecessary war against the South.)

And I’m happy to report that both of our senators from Montana (one a Republican and the other a Democrat) voted to STOP the wars. How did your senators vote?

Furthermore, since I mentioned Zionism, here is a report that you absolutely must read on how the Zionist military/intelligence/surveillance apparatus is partnering with the State of Rhode Island and healthcare providers (with several others soon to follow) in developing and implementing advanced surveillance, tracking and profiling of Americans—all in the name of “protecting” us from corona.

A company tied to Israel’s military signal intelligence unit, Unit 8200, has recently partnered with the state of Rhode Island to use an artificial intelligence-based system developed in tandem with the Israel Defense Forces (IDF) to profile Americans potentially infected and/or “at risk” of being infected with coronavirus, then informing government authorities of their “risk profile.” Once flagged, state health officials can target those individuals as well as their communities for mandatory testing, treatment and/or more restrictive lockdown measures.

The firm, Israel-based Diagnostic Robotics, is poised to announce a series of new such partnerships with several other U.S. states as well as major U.S. hospital systems and healthcare providers in the coming weeks, according to a company spokesperson. The first of these announcements came on June 30 regarding the firm’s new partnership with Mayo Clinic, which will soon implement the Diagnostic Robotics’ “artificial intelligence platform that predicts patients’ hospitalization risk.” They have also been in discussions with Vice President Mike Pence about the platform’s implementation nationwide since April.

Their creeping expansion into the U.S.’ state coronavirus response and that of other countries has been directly facilitated by the organization Start-Up Nation Central, funded by controversial hedge fund manager Paul Singer and directly partnered with an Israeli government-backed intelligence initiative aimed at making the United States dependent on technology developed by the Israeli military or intelligence community as a means of preventing the adoption of policies that support the non-violent Boycott, Divest and Sanctions (BDS) movement at the state and local levels. This initiative also serves the dual purpose of ensuring Israel’s political influence and positioning as the global “cyber power,” an oft-repeated policy goal of Israeli Prime Minister Benjamin Netanyahu. (Source)

You can bet that this is the precursor for mandatory vaccinations, with which Donald Trump is totally on board. Anyone who believes that Trump will stand in the way of forced vaccinations is delusional.

But you can bet your life that the CDC/Fauci/Gates corona vaccine will be the most dangerous and destructive drug ever injected into the human body by a physician. Only the drugs that are used to murder unborn babies could be categorized as more destructive (and the drugs administered to death row inmates, of course).

As I said, the corona propaganda is the biggest global hoax in history. The totalitarians believe they can use the coronavirus to finally implement their plans of global oppression and control.

There is one positive in all of this: It has produced a great winnowing process. More than anything in my lifetime, this is separating the lifeless chaff of statist slaves from the genuine wheat of Liberty-loving patriots.

Now, we can all clearly see that the great divide is NOT race or political parties or religious denominations or Christians v. secularists or liberals v. conservatives; it is freedomists v. statists.

It’s good to finally get a clear picture of who is standing where.

Published in CULTURE, FAITH, HEALTH, LIBERTY and US