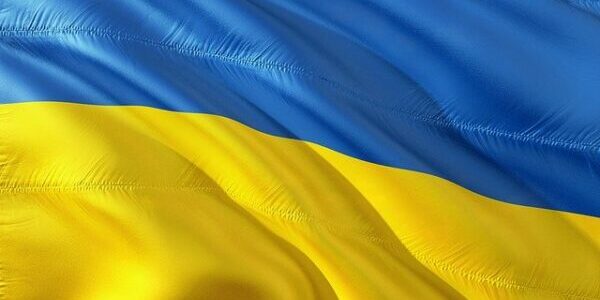 As I have warned for some time, sooner or later the Kremlin will lose its patience with Washington and its European puppet states.  Signs of this are now appearing.  The normally very diplomatic Russian Foreign Minister, Lavrov,  just compared his discussion with his British counterpart, Liz Truss, with talking to a deaf person.  He added: “Russia has been cheated and wronged for many years, many times, when it comes to agreements and obligations from other states.”

At a February 10 press conference, Lavrov said his Ukrainian counterpart was “lying with a straight face” and is a member of the “school of Goebbels, and maybe even surpasses the art of the chief propagandist of the Third Reich.”

The Russian Foreign Ministry said that Russia will not attend this year’s Munich Security Conference because the conference “has been increasingly transformed into  a transatlantic forum” and has lost “its inclusiveness and objectivity.”  This is a sign that Russia is learning to give up on endless talk.

Russia’s UN ambassador, Gennady Gatilov, said Russia’s “serious concern is that the US and its allies are exacerbating the situation to the point where the game of raising the stakes could turn into a real tragedy.”

Even Putin is losing patience:  “Not an inch to the East they told us in the 1990s, and look what happened – they cheated us, vehemently and blatantly.”

Russia’s anger is long overdue. I wouldn’t have been able to keep my patience so long.  Nevertheless, I don’t understand why Russia goes on about it.  Russia made it clear at the security talks that it means war if Ukraine is made a member of NATO. The West understood the message. When Blinken and Stoltenberg say it is up to them and Ukraine whether Ukraine becomes a NATO member, they are merely saving face by asserting a right they dare not use.  No NATO country would invite its own destruction by knowingly provoking Russia to war. The US and NATO lack the capability of confronting Russia in conventional war, as the few droplets of troops and equipment sent to Europe “to deter Russian aggression” testify. Even as insane as Washington is, Washington will not destroy itself and its European empire over Ukraine or Poland or Romania.

The Donbass republics, the flashpoint for military confrontation, have already begged the Kremlin to reabsorb them into Russia, their home country. The Kremlin could erase the flashpoint by reabsorbing the Donbass Russians and reminding the West to “get off our doorstep before you are driven off.”  But the Kremlin doesn’t want Donbass any more than it wants Ukraine. The Kremlin came up with the Minsk Agreement, because the Kremlin wants to keep the Donbass Russians in Ukraine for the same reason that the Soviet government put them there–to water down the Ukrainian neo-Nazis and prevent a train wreck. The Kremlin does not want the responsibility for Ukraine, and the Kremlin doesn’t want to give Western propagandists support for their claim that Putin wants to restore the Soviet empire. The only reason Russia would invade Ukraine would be to forestall US missile bases being located there.

I don’t believe there is a crisis.  It is an illusion of crisis produced by endless talks that the Russians find frustrating.  They should stop talking. Ukraine will never be put in NATO unless Russia collapses militarily.  If Donbass is again part of Russia, no one will attack Donbass.  The flashpoint for the past seven years will be gone.

The alleged “Ukraine Crisis” has proved that NATO has no capability of defending Ukraine or any Eastern European member, nor in my opinion any Western European member.  The Polish and Romanian governments know this as well as anyone. The US missile bases endanger them, not defend them.  They will have the bases removed. The bases serve no Polish or Romanian purpose.

It is obvious that Washington, its British puppet, and Stoltenberg are doing their best to provoke Russia into invading Ukraine. The question is why?  One reason could be that a show of Russian teeth will frighten the NATO countries back into Washington’s arms, but why does Europe, or some of it, support this?  Do European countries prefer to be puppets instead of sovereign states?

Those years in the past when the US had a media instead of a collection of whores, reporters would be asking Biden and Blinken why they are trying to provoke a Russian invasion of Ukraine.  But of course, whores don’t ask such questions.  They just take the money and perform the necessary act.

I wonder if the Kremlin has an explanation why Russia is being provoked in this way.  If Russia decides to attack, I doubt that Shogu would waste Russian military resources on such a non-threat as Ukraine, which is being used by Washington as a pawn.  Russia, one assumes, would focus its attention on the real threat.  The best way to do that is to ignore Washington and go about Russia’s business.

It is time for Russia to get on with its partnership with China, setting up a new payments system and a new reserve currency and developing the Asian trade relations to which both countries have committed. It is inexplicable why Russia and China got themselves entangled in Washington’s financial tentacles. It is difficult to believe that Putin and XI are as gullible as the average American. It is long past time for both countries to jettison the neoliberal economics that holds both countries back.  As Michael Hudson and I have made clear, there is no validity to neoliberal economics.  Russia should use its exports of energy to Europe to strengthen the ruble by billing in rubles.  Why should Russia strengthen the Euro and dollar by billing in those currencies?

Russia and China should simply exit the Western world. They don’t even need diplomatic contact.  The West is dying. Its economies are shot. As Covid mandates and forced vaccinations proved, the Western leadership class is committed to tyranny. Australia even has citizens in concentration camps. The Canadian and American governments have declared peaceful protest to be “domestic terrorism” and are trying to blame the truckers’ protest on Russia. The Western media does nothing but lie for the governments.  The culture is rotten and sordid, civil liberty eroded.

Russia and China have emerged from the tyranny associated with Stalin and Mao, while the West has fallen into tyranny.  If there is any hope for mankind, it is not in the West, which is demonizing its own founding fathers, demolishing its own historical monuments, black-listing its own classic literature, demonizing its own ethnic populations and permitting  immigrant-invaders to dilute national ethnicities  by overrunning national borders.  Western countries are becoming Towers of Babel, devoid of a nationalist consciousness that patriotism requires.  Countries with populations that have nothing in common can only be held together by force. Such countries are weak and are incapable of standing up to unified countries.