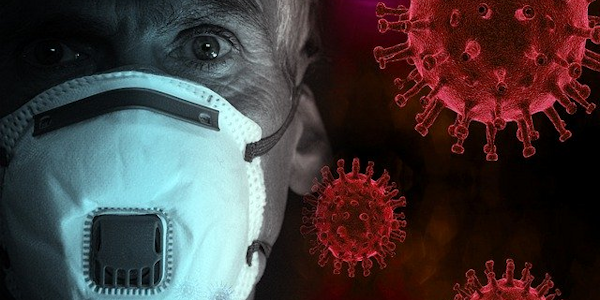 So, Do We Now Have the Right to Refuse Service?

Most of the restaurants I have been to in Orange County aren’t enforcing the mayor’s dictate. They don’t have to. Because compliance is nearly 100 percent, the restaurants either don’t notice or don’t care to make an issue of the 1 percent or so who enter their establishments without a mask. Never thought I would be a member of the 1 percent.

Yet, I was refused service twice last week at fast-food restaurants: Five Guys and Smashburger. Why? Although I wore a shirt and shoes, I had no face mask. Instead of complying with the mask requirement, I went and got a hamburger elsewhere (not McDonalds: it is total mask nazi).

I was discriminated against and refused service. And I fully support the right of businesses to do both.

I have made it clear in my many articles on discrimination that all businesses should have the right to discriminate against anyone on basis and for any reason: race, religion, color, creed, gender, national origin, sexual orientation, gender identity, facial hair, hair style, political preference, clothing style, age, height, weight, head covering, disability, familial status, martial status, odor, socioeconomic status, religious piety.

Any business should have the right to refuse service to anyone with or without a red shirt, black pants, a bald head, a mustache, a Rolex on the wrist, a gold chain around the neck, leather shoes, or a face mask.

Discrimination means freedom. It is a crime in search of victim. Anti-discrimination laws are an attack on property rights, freedom of association, and freedom of thought.

This doesn’t mean that refusing to admit or serve someone would be practical or prudent, and having prejudice can exact a heavy price. But in a free society, no one has the right to be admitted to or served in any restaurant or business establishment.

So, in regard to my being discriminated against and refused service, here is the $64,000 question: Do we now have the right to refuse service?

Of course we don’t.

If a business owner discriminated against anyone for any other reason than for the lack of a face mask, he would face a federal civil rights lawsuit and picketing, boycotts, and violence by leftists. It is only government-approved discrimination that is lawful—like discriminating against Asians in college admissions.

The hypocrisy of the left on discrimination is appalling.

Since discrimination is not aggression, force, coercion, threat, or violence, the government should never prohibit it, seek to prevent it, or prosecute anyone for doing it.

So, to those restaurants in Orange County that want me to wear a mask when inside your establishment when I am entering, waiting, and walking (even though many who are finished eating and drinking are still sitting at tables and booths talking without wearing masks), I will take my appetite and my money elsewhere.