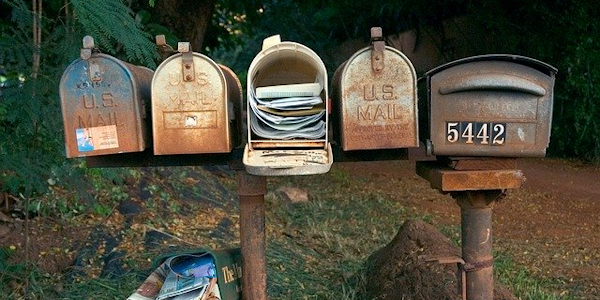 The latest spat between progressives and President Trump is over the Post Office.

The New York Times is all but accusing the president of withholding funds from the Post Office so as to undercut voting by mail, which he sees as being riddled with fraud. A spokesman for the Biden campaign put it this way:

The president of the United States is sabotaging a basic service that hundreds of millions of people rely upon, cutting a critical lifeline for rural economies and for delivery of medicines, because he wants to deprive Americans of their fundamental right to vote safely during the most catastrophic public health crisis in over 100 years.

Senator Bernie Sanders (I-Vt.) was even more adamant: “I am not exaggerating when I say this is a life-and-death situation. The Post Office is delivering medicine to millions of Americans during a pandemic. It delivers Social Security checks to seniors who rely on those benefits to survive.” This, of course is nonsense, as is most of what Sanders says. Over 99 percent of Social Security payments are sent via direct deposit. And mail prescriptions only make up only 5.8 percent of the prescription drug market.

The Post Office has a problem, but the problem has existed since long before Trump was elected. The United States Postal Service (USPS) lost almost $9 billion last year. It has lost $83.1 billion since 2006. Its unfunded pension and health-care liabilities exceed $120 billion.

The Post Office has a pricing problem. Revenue from first-class mail—the biggest source of the USPS’s revenue—continues to decline even as labor costs continue to increase. Of the 142.6 billion pieces of mail that the Post Office handled in 2019, “53 percent was advertising material, a.k.a. junk mail, up from 48 percent in 2010.” And “companies pay a special rate, 19 cents apiece, to send these items (in bulk), as opposed to the 55 cents for a first-class stamp.”

But even if the Post Office raised its prices on all of its services other than first-class mail, it would still have a problem.

The Post Office is one of the federal government’s few departments that is clearly authorized by the Constitution. In Article I, Section 8, Paragraph 7, Congress is given the power “to establish Post Offices and post Roads.”

But just because post offices are authorized doesn’t mean that they are mandated. And nowhere in the Constitution does it say that the Post Office should have a monopoly on first-class mail like it currently has. As James Bovard has well said:

The Postal Service has gotten away with scorning its customers because it is effectively a federal crime to provide better mail service than the government. The Postal Service has a monopoly over letter delivery (with a limited exemption for urgent, courier-delivered letters costing more than $3).

(a) It is generally unlawful under the Private Express Statutes for any person other than the Postal Service in any manner to send or carry a letter on a post route or in any manner to cause or assist such activity. Violation may result in injunction, fine or imprisonment or both and payment of postage lost as a result of the illegal activity.

In the nineteenth century, private mail carriers in the United States were shut down by the federal government.

Monopolies are contrary to principles of economic freedom, competition, free markets, and free enterprise. But don’t take my word for it. The federal government has an Antitrust division in the Department of Justice (DOJ) charged with promoting “economic competition through enforcing and providing guidance on antitrust laws and principles.” According to the DOJ:

The goal of the antitrust laws is to protect economic freedom and opportunity by promoting free and fair competition in the marketplace.

Competition in a free market benefits American consumers through lower prices, better quality and greater choice. Competition provides businesses the opportunity to compete on price and quality, in an open market and on a level playing field, unhampered by anticompetitive restraints. Competition also tests and hardens American companies at home, the better to succeed abroad.

Federal antitrust laws apply to virtually all industries and to every level of business, including manufacturing, transportation, distribution, and marketing. They prohibit a variety of practices that restrain trade, such as price-fixing conspiracies, corporate mergers likely to reduce the competitive vigor of particular markets, and predatory acts designed to achieve or maintain monopoly power.

So where is the DOJ? The postal monopoly is now almost two centuries old.

Privatizing the Post Office would merely shift the postal monopoly from the government to a government-privileged firm. Mail service should be freed, not privatized. As long as we have a Post Service, it should adjust its prices so that they have some relation to a valid business model that seeks to turn a profit. But regardless, the postal monopoly should be ended.